Rockingham County is filling appointments much slower than when vaccines first rolled out. More places for folks to get the vaccine plays a part in why. 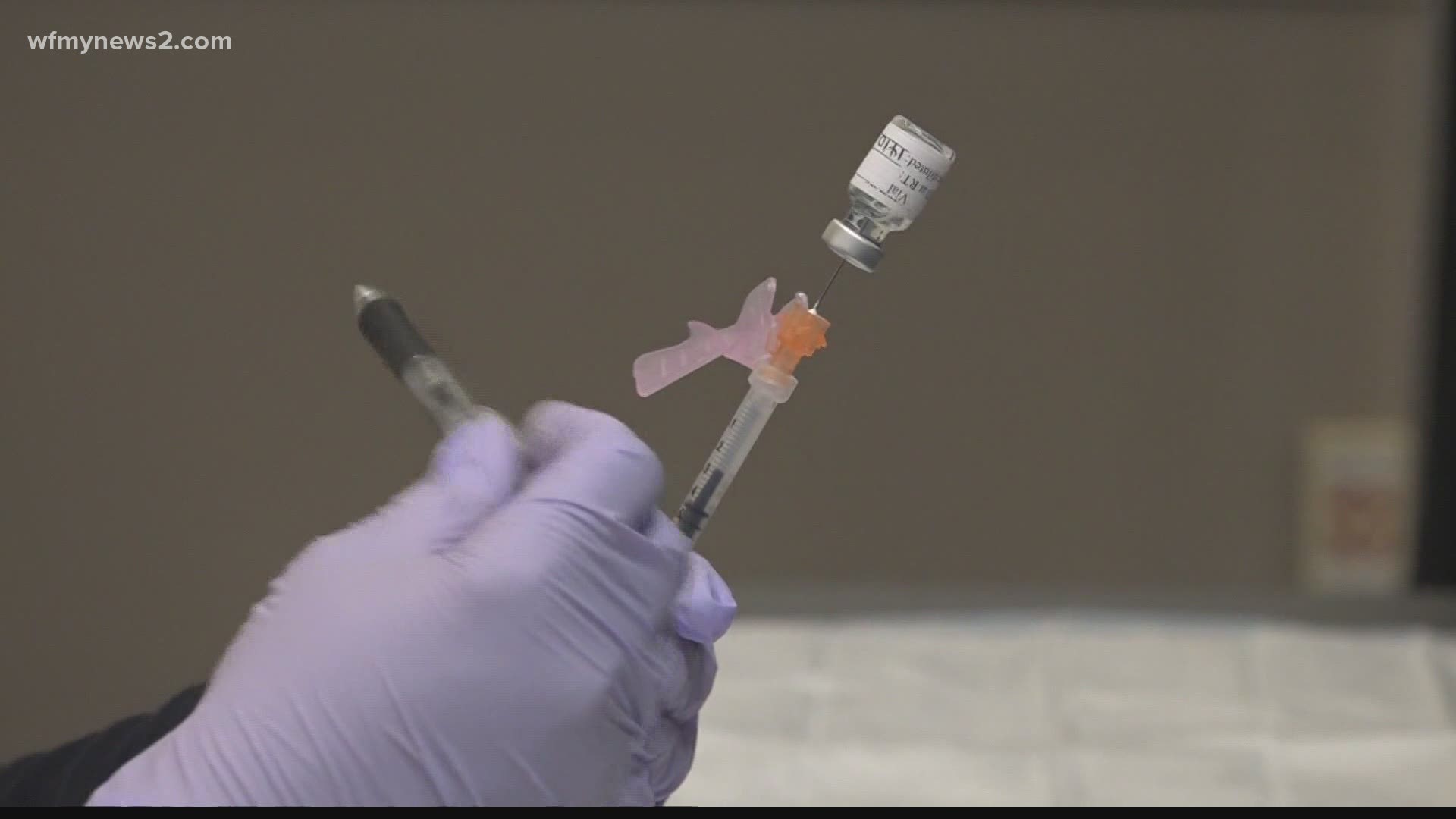 Anyone in group 4 is now eligible for a shot, including all essential workers and those living in group settings like college students.

Some Triad County’s are ahead of the game and moved to group 5 last week.

Anyone 16 and older can get the vaccine in Rockingham County.

The Rockingham County Health Department said as of Wednesday, 12 % of those living in the county are fully vaccinated.

A separate 20,000 people have gotten their first dose.

When vaccines first rolled out in Rockingham County officers had to direct traffic because vehicles were backed up to the road.

Now, 20 % of their first dose appointments for Thursday are still up for grabs.

“We've had several inquiries of folks wanting the Johnson Johnson here and we urge them to not wait because there may be some time before that vaccine proceeds to smaller counties,” Wright said. “ I could have vaccinated some of those individuals 2 or three times over by the time we receive it."

“Some may see that the pandemic is over but it’s not there yet. We had over the weekend about a 20 case increase,” Wright said. “It's not the older population we have folks in their 20's 30's and 40's. This is the group we need to target harder who have not received the vaccine.”

On the bright side Wright said they are starting to see a different crowd get their vaccination.

“I have seen a younger group in the past week or so it feels good to see that," Wright said. "I've had one staff member say they're having their child get one as soon as they turn 16 and that's exciting.”

Rockingham County said their job isn't done until they get 75% of the county vaccinated.

Appointments are available for Thursday.

Davidson County is giving the shot to anyone 16 and older.

16-year-olds will get the Pfizer shot.

18 and older can get any variation of the Johnson Johnoson, Pfizer or Moderna shots.

Appointments are filled for this week.