You ask; we VERIFY. Possums rarely contract rabies, but they do carry other diseases. A veterinarian explains the risks and the top rabies carriers in NC. 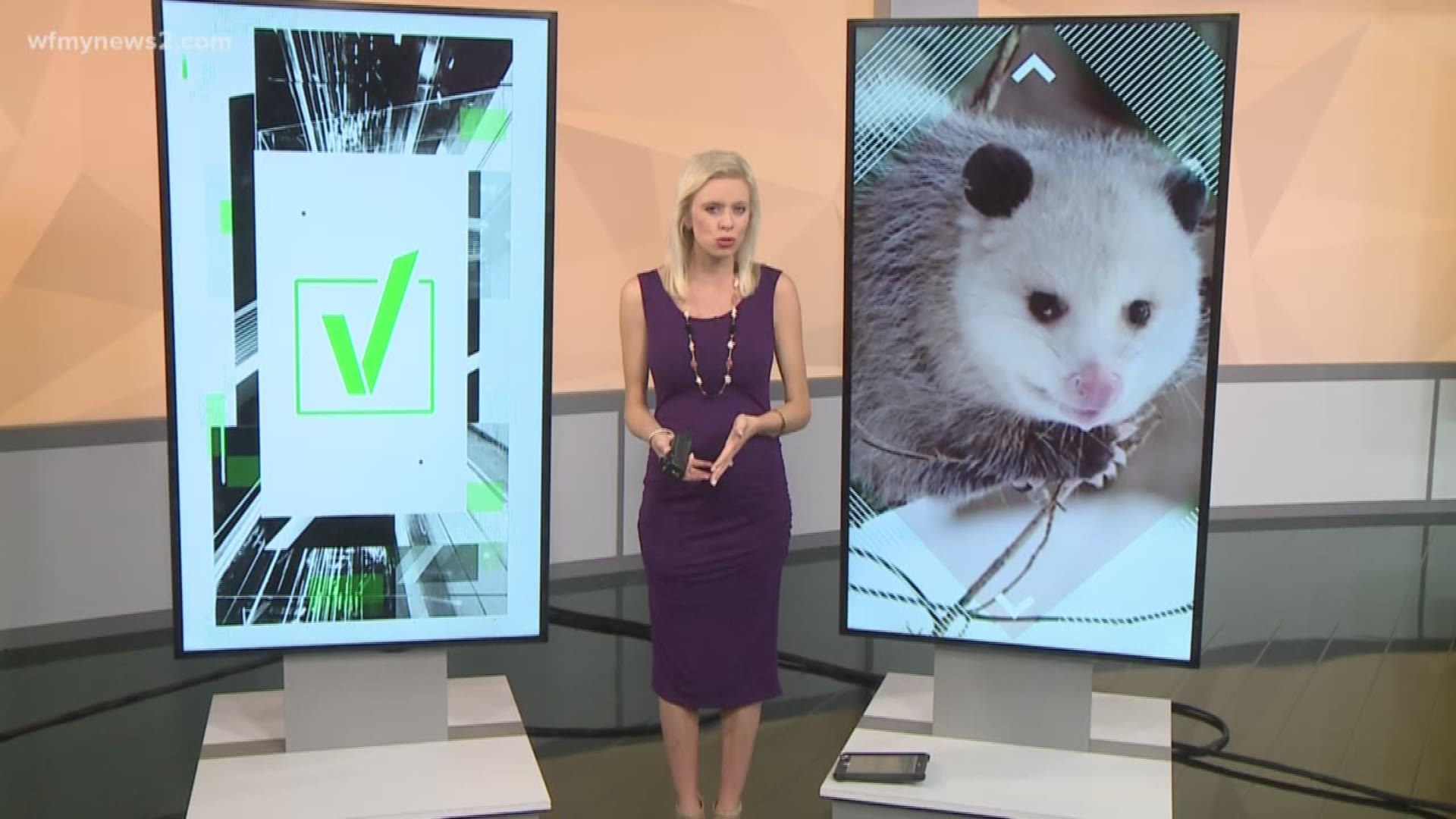 We've heard other cases about foxes, raccoons and bats...but what about (o)possums?

Clifford Sockwell e-mailed, asking, "I want you to VERIFY something for me. Do (o)possums carry rabies? I heard they don't. I know they do carry other diseases, I believe..."

Veterinarian Clarissa Noureddine said the answer to Sockwell's question is false, in most cases. It is very rare for opossums to carry rabies, but they are mammals, so it is possible. The U.S. Opossum Society speculates the animal's low body temperature makes it difficult for the virus to survive.

Opossums do carry other diseases, including one that can transmit to other animals and humans, like toxoplasmosis and Chagas disease. Opossums also can carry fleas, ticks, mites and lice.

Nourredine said the top rabies carriers in our state are in the following order:

Nourredine said bats account for seven in 10 rabies deaths. That fact could be because people try to catch bats in their homes and businesses, instead of calling a professional to remove them.

It is true -- opossums usually do not get rabies, but don't let your guard down around these animals. They carry other diseases, so never try to touch them.