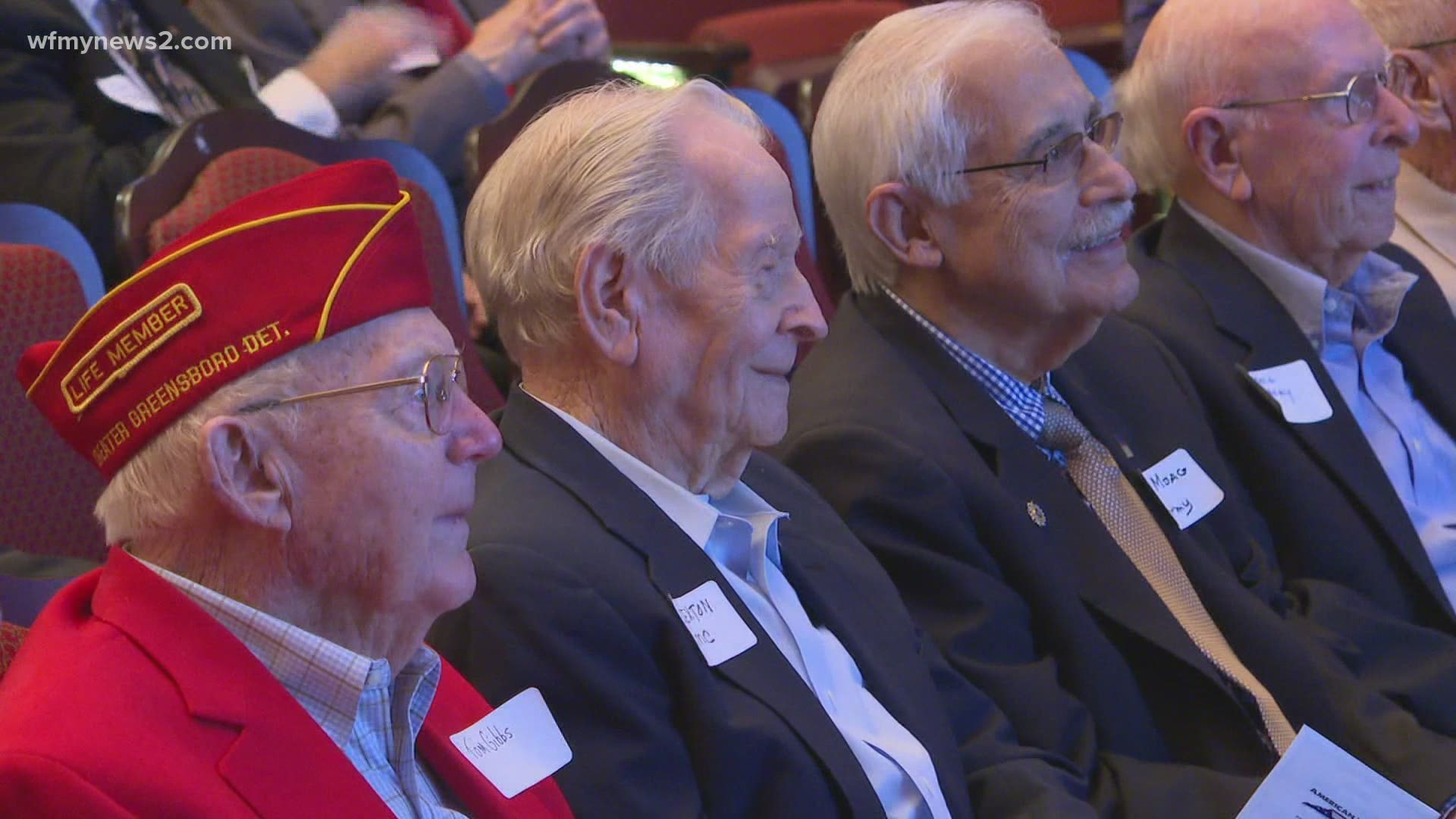 American Heroes for NC, a Triad-based non-profit helping NC veterans 'live, work and play' in North Carolina, is one of the many local organizations forced to cancel a highly-anticipated yearly gathering. Its Veterans Recognition and Awards banquet, which more than two dozen World War II events attended last year, is indefinitely postponed until (hopefully) 2021. The fourth-annual event this year was supposed to publicly honor local entrepreneurial veterans and the companies that hire them.

Nonetheless, American Heroes founder and veteran Jim Hoffman said he hopes the Triad community will rally to recognize the nearly 700,000 service men and women who call North Carolina home. One of the ways they can do so is by nominating a veteran or business for one of three American Heroes for NC awards:

Novant Health received the 2019 Liberty Award for its "Veterans Business Resource Group," a record of hiring veterans and its tenure in maintaining veteran-friendly policies. Novant Health President and COO Chad Setliff, who served on active duty in the U.S. Army, encourages all businesses trying to reinvent themselves during the pandemic to consider hiring veterans.

"Veterans are essential. On any given day, one in 10 patients in our healthcare system is a veteran. So, when I think about our team members, I think about the values they bring and the values they're used to executing under -- loyalty, teamwork...resiliency, flexibility, decision-making. They're used to operating in an unfamiliar environment. We've seen that, whether it's in our supply chain, our direct patient care or even in our security operations." Setliff said.

American Heroes for NC has not yet set a date for next year's awards banquet, but you can nominate a veteran or company, donate or learn more about the hiring programs on its website.

And, on this Veterans Day, both Hoffman and Setliff remind everyone to consider saying a simple, "Thank you," to a veteran. Also, consider visiting a veterans memorial, like the Carolina Field of Honor or Guilford Courthouse National Military Park.