The Hubert B. Humphrey Award is given to a Guilford County school that shows improving student achievement through a number of programs 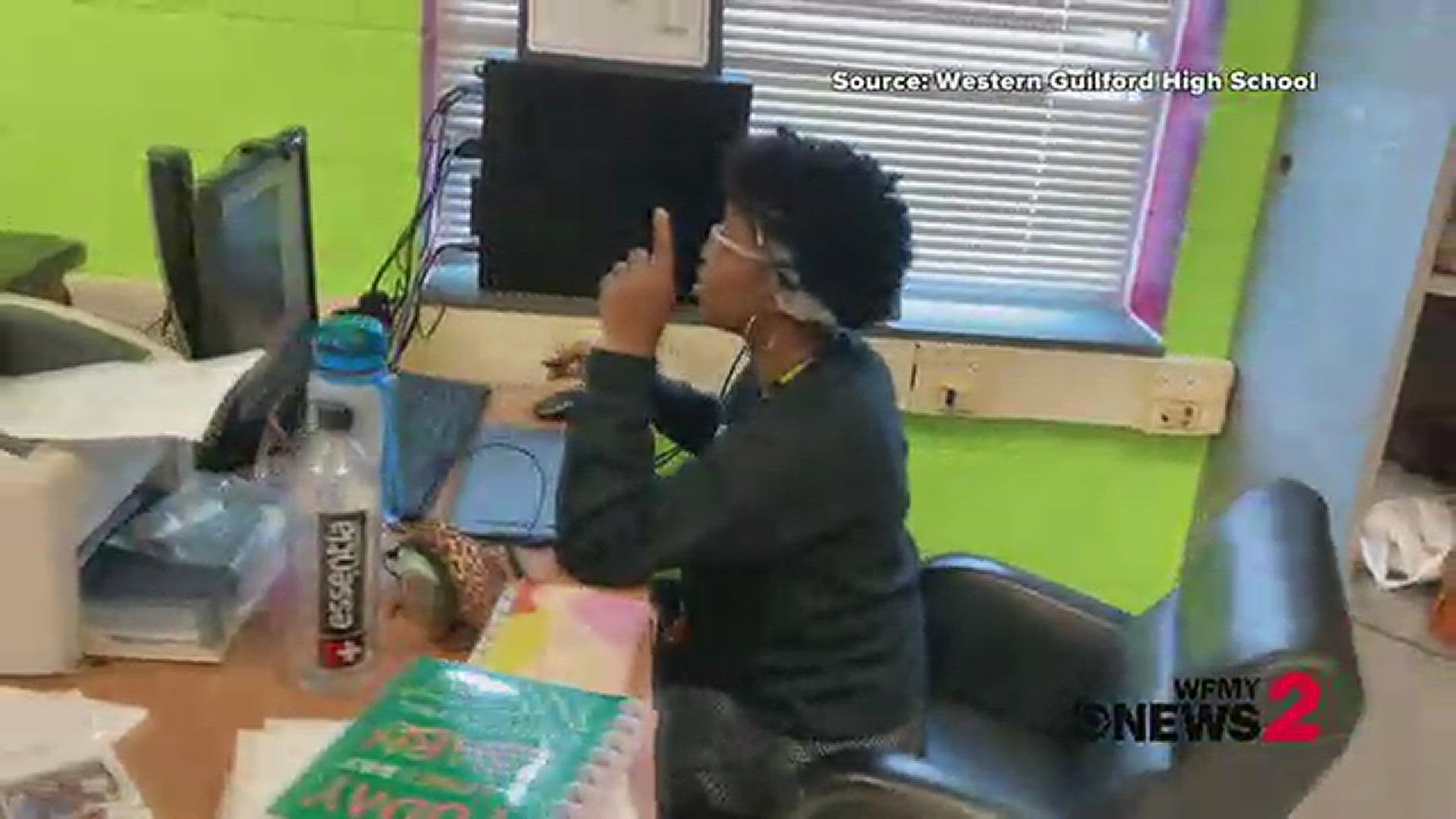 GUILFORD COUNTY, N.C. — A solution for every problem and being life ready are two signature slogans at Western Guilford High School in Greensboro.

Principal Greg Newlin holds these values close as the Hornet community was put to the test during the pandemic.

"It was tough, we were learning on both sides," said Newlin.  "Some of our kids really struggled with connectivity and technology."

Newlin and his staff sent videos, made phone calls and home visits to maintain a personal connection with students who were suddenly learning from home due to the spreading virus.

The pandemic changed education in an instant, but it revealed a strong determination as students pushed through.

Western High (@WGHS_hornets) is this year’s winner of the Hubert B. Humphrey Jr. School Improvement Award. The award was announced Wednesday during the annual State of Our Community event sponsored by the Greensboro Chamber of Commerce. Read more: https://t.co/kzLOKdsnjM pic.twitter.com/MDsY0BjPO8

"They were willing to do whatever it takes," said Newlin.  And they did!

Western graduated more students and posted a record number of grads who went onto college.  Western students are now represented at 40 colleges and universities across the nation and here at home including NC A&T, UNC-Greensboro, and UNC-Chapel Hill.

Most of those students are on a free ride thanks to the $15 million in scholarships awarded to the graduating class to go to school.

According to Guilford County Schools, Western had the district's highest increase in Advanced Placement exams with an increase of 4.1 percentage points between 2019 and 2020.

The grads who decided to go right into the workforce are now working at Triad companies Fastenal, PFG, and Amazon.

The school's two specialized programs are setting students up for even more success.

"We've got some equipment that only a handful of people have in the state to really mimic all the big production that Amazon would do.  We can teach kids how to do that right here," said Newlin.

The academy teaches students how to run an inventory system and how to fix machinery.  These students are the future of logistics, learning how to build drones and leaving high school as FAA licensed drone pilots

"We're accomplishing a lot and we are, and I feel really good about it, but we still have a whole lot to do," said Newlin.

That's where the Hubert B. Humphrey School Improvement Award comes in. The $12,000 award is given to schools that show improving student achievement through a number of programs. Principal Newlin plans to direct those funds towards programs to build cultural responsiveness and increase racial understanding and leadership development.

"We are going to look at that curriculum, and those activities that we're doing and look at it with a lens of equity," said Newlin.