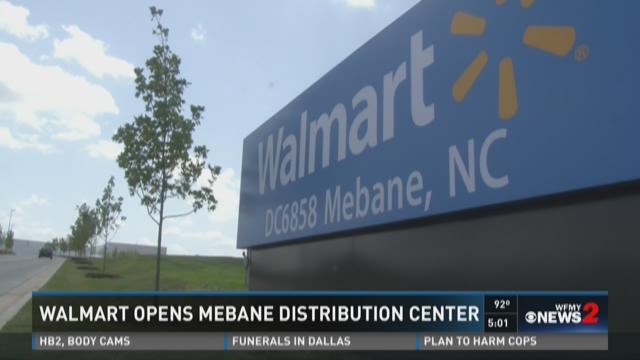 Last week, 68 companies, like Nike and IBM, filed an amicus brief, coming out against the so-called "Bathroom Bill." Meanwhile, the NBA still hasn't decided whether to move next year's All-Star game because of the law.

READ MORE: Fate Of NBA All-Star Game Still 'Up In The Air'

"I respect people’s opinions on all sides of this issue," McCrory said. "It’s a complex issue, which will be resolved in the courts. And, that’s what we’re waiting on, for the courts to resolve this issue. Not just in North Carolina, but in 21 other states that have a difference of opinion with some other corporate executives."

When asked if he was worried about Charlotte losing the All-Star game, McCrory responded, "We’ve got the fourth fastest growing economy in the United States of America. That’s where my emphasis is on."

The law reserves the right to see police or deputy body camera footage to the people actually shown in the footage. Those people can view it, with permission from the police chief or sheriff.

Third parties, like the media, would have to take up the matter in court to view the footage.

"The legislation allows people to see it, but in a reasonable amount of time," McCrory said. "So, the public sees the whole story. And, some of the media might be disappointed that they can’t show it on the 11:00 news the day it happens, but I’ve got to have respect for our police officers. That’s my number one concern. And, the public also has the right to know, but it’s going to have to be in a reasonable amount of time. Because we’re talking about protecting not only the public’s right to know, but also protecting the rights of the police, and also, other people that are seen in videos."

Attorney General Roy Cooper, McCrory's opponent in the upcoming gubernatorial election, said he thinks body camera footage should be considered public record, unless the video puts a victim in danger, or compromises an investigation.