Graham police said a group of protesters left the commissioners meeting and were met by counter-protesters. 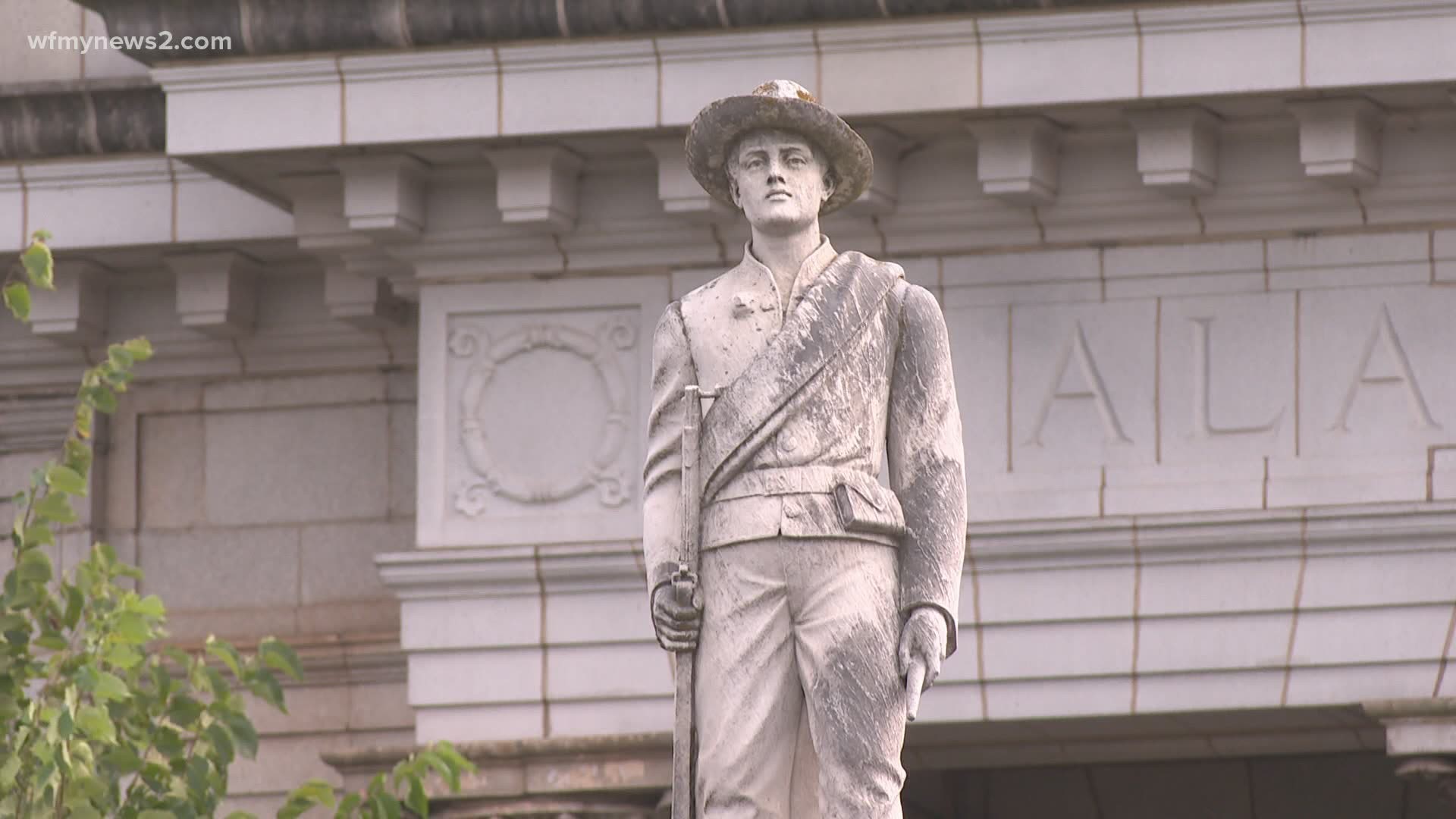 GRAHAM, N.C. — Editor's note: The attached video is from a separate story about the Graham confederate monument.

Three people are now charged following protests in Graham on Monday. Police have not said the nature of the demonstrations.

Graham police said a group of protesters left the county building after the county commissioners meeting and began walking around court square in downtown Graham. Police said during that time, several small disturbances happened between the protesters and a group of counter-protesters. The incident lasted for about two hours until the groups left the area, and police cleared the scene around 9:30 p.m.

Police said more charges related to other incidents are coming.