Bourbon Bowl is ready to have a grand opening, but struggling to find staff

Bourbon Bowl is ready for a grand opening but can't without staff members. 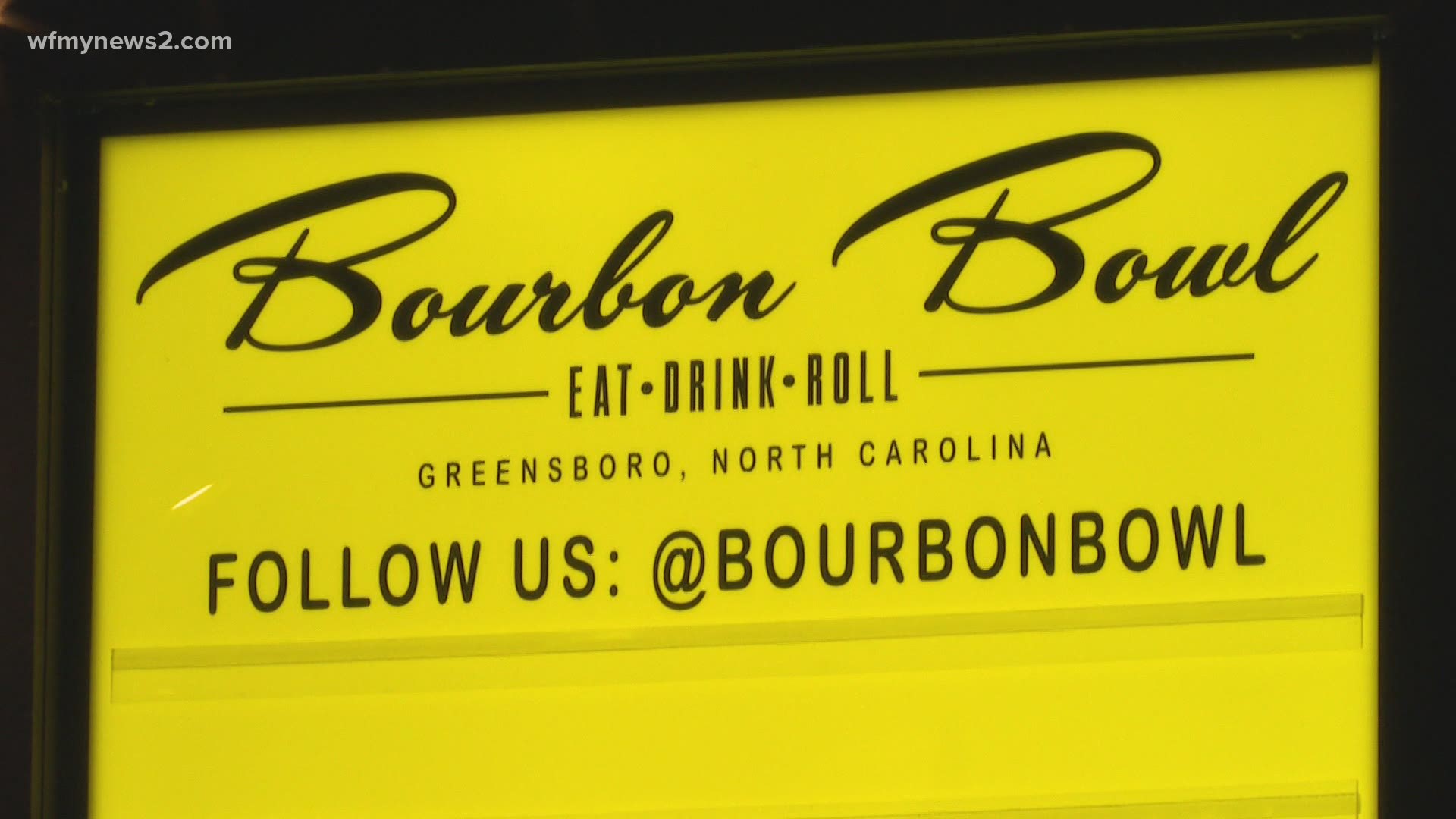 GREENSBORO, N.C. — More businesses are allowed to reopen with statewide restrictions easing but that doesn't mean all of them can. Many businesses - both old and new - are struggling to find workers. WFMY News 2's Maddie Gardner got a first look at Bourbon Bowl in downtown Greensboro - they're ready for their grand opening but it can't happen without a staff.

"We probably could've been open months ago but obviously we didn't want to open in the middle of a pandemic so we just pause things a little bit, slowly worked on some details to make it as awesome as we possibly could but we're ready to go now," Paul Talley, owner of Bourbon Bowl said.

He's ready to go but waiting on people to staff downtown Greensboro's newest business. Bourbon Bowl is on the corner of Elm and Lewis Streets.

"(We have) the largest bar in Greensboro we think, it's going to be a bourbon whiskey-based selection, we will also have craft beers cocktails and wine," Talley said. "We have six lanes and I think one of the biggest selling point we have is we have a large patio right there on the corner."

Talley said his new venture will employ up to 70 people. He's looking to hire for all positions from managers to bartenders.

"When we get enough people, quality people, hired, we will pull the trigger and let's go!" he said.

Bourbon Bowl is not alone. Several places across the Triad are looking to hire. Talley is ready to get the ball rolling and get people on the payroll.

Bourbon Bowl is now accepting applications in person. Open interviews are happening every Tuesday. You can also email to abbey@bourbonbowl.com.