Recent violence in the city has leaders worried about safety and business owners want to be a part of the conversation about what to do next. 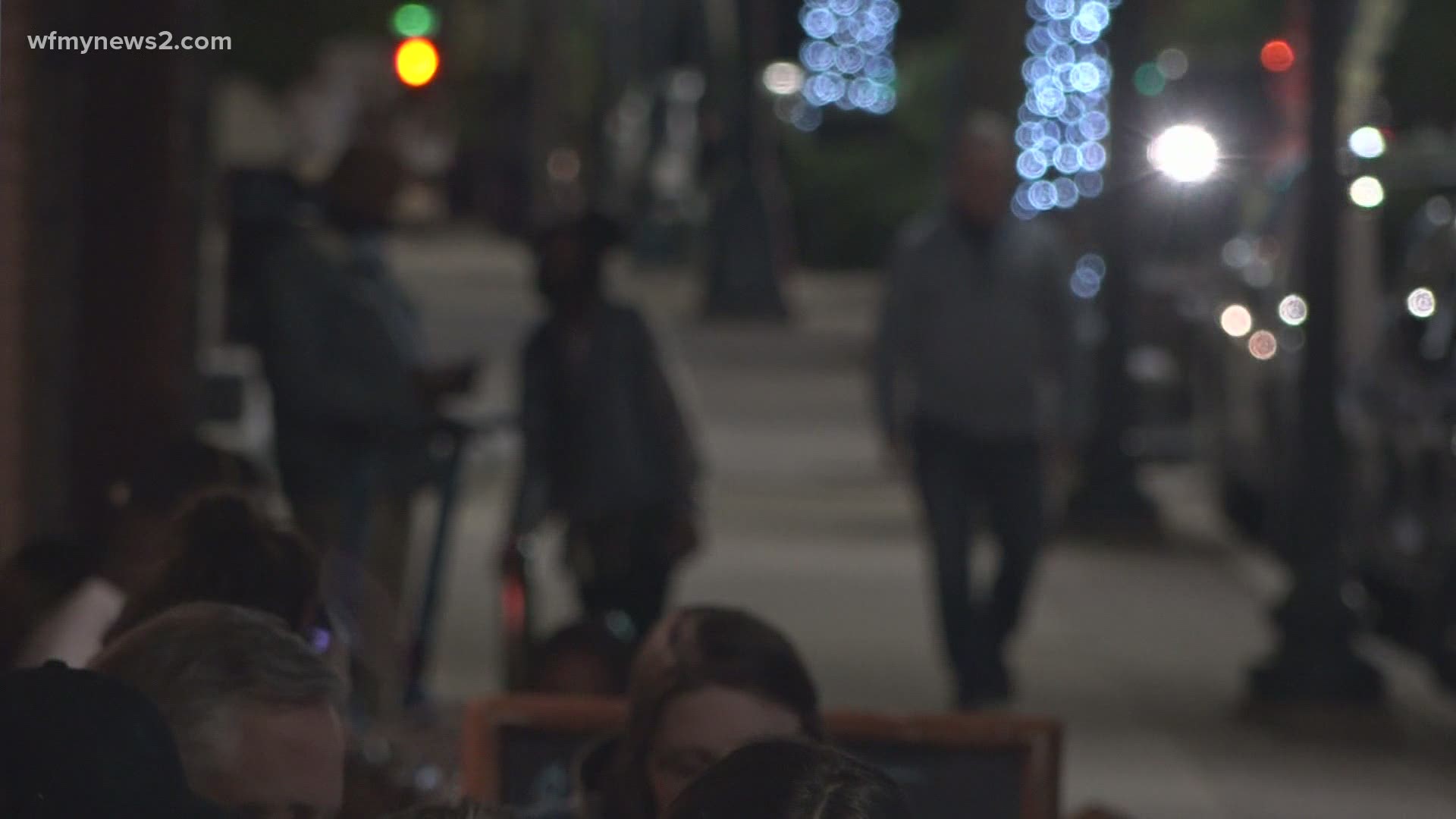 It's not the first time a possible safety ordinance for Greensboro businesses has been discussed. The city council tried to pass one in 2015 but it failed.

Now business owners want a say in drafting a new one.

We've been closed for the last year and a half for all intents and purposes and we're just getting re-opened," Drew Wofford said.

Wofford owns Chemistry Nightclub on Spring Garden Street. Some are returning to Greensboro businesses after dark, but now he worries people forgot how to go out safely during the pandemic.

"It feels like people have gotten forgot how to drink," Wofford said, "They get in there and they are drunker way earlier, they are consuming more shots faster and we're having to cut off more people than we ever have before."

"We cannot allow folks that are not acting appropriately and business to continue and put others in harm's way," Downtown Greensboro Incorporated CEO Zack Matheny said, "Even the bar owners are like 'hey can y'all do something?'"

A few months ago, Mayor Nancy Vaughan proposed an ordinance that would require bars, restaurants and entertainment venues to increase security if a violent crime happened there.

Critics worry the focus is too narrow and the penalties too expensive.

Others are suggesting businesses with repeated crimes on their property be held accountable by pulling their ABC permits.

The NC Bar Owners Association, of which Wofford is a board member, is proposing its own plan.

It includes making sure promoters who may put on events at several different venues can be held accountable. It also includes a nightlife safety board that would include business owners to oversee any punitive action taken.

"We have an invested interest in both making money and keeping our city safe," Wofford said.

Mayor Vaughan and city council said they want to get those different perspectives before drafting an official proposal.

They'll talk about the ideas with business leaders and Greensboro Police next week.