City council members say they want to better understand the judicial system to learn why some violent offenders end up back on the streets. 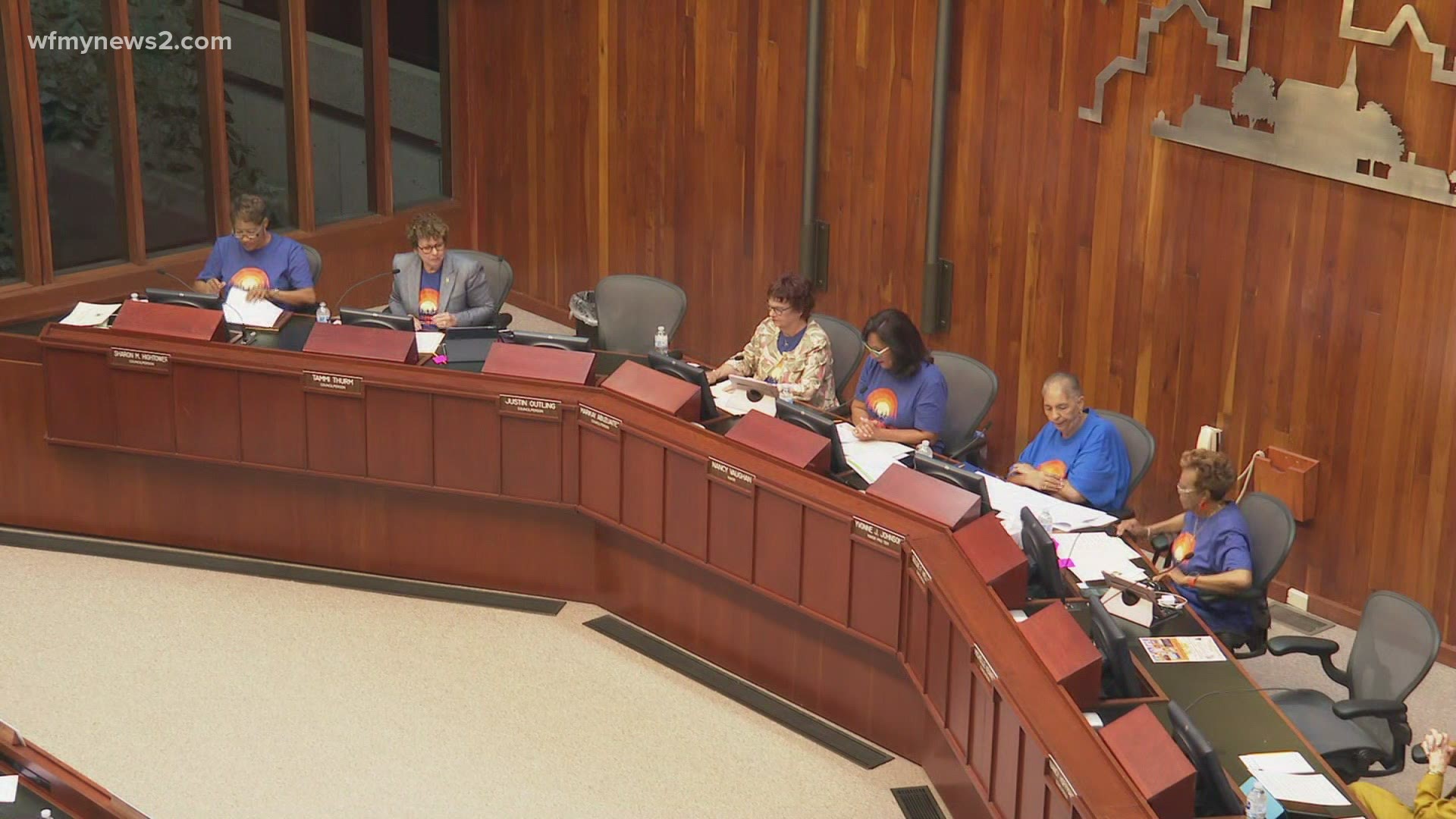 GREENSBORO, N.C. — Greensboro leaders addressed a recent rash of crime, including two nightclub shootings over the weekend and a shooting at a gas station that left a 72-year-old woman dead, at their city council meeting.

The City Council said it's a community effort to lower the number of violent crimes, but also said more needs to be done.

"I hear a lot of 'the police aren't doing anything to prevent crime,'" said Councilwoman Marikay Abuzuaiter, "Well, yes they are. They're doing quite a bit. Going out into the community, building relationships all of those things. It is really hard to predict when a random shooting might happen."

Councilwoman Abuzuaiter brought up the slew of violence after five people were injured in weekend shootings at two nightclubs.

She said the community can do its part by taking advantage of Crime Stoppers.

"We've got to make sure that everyone in the community knows that it is truly, truly anonymous. Please go to their Facebook page. Please go to their website. It shows everything and how it's done," Abuzuaiter explained. "It shows how the rewards are paid out and how that has remained anonymous for over 40 years. There has not been one tipster who has been identified in 40 years."

Councilwoman Sharon Hightower said the problem is everyone has a weapon now.

"I mean, guns, everyone's got one now. We've got shoot-outs on the exits and shoot-outs downtown. Everyone wants to solve their problem with a gun," Hightower said.

Mayor Nancy Vaughan suggested inviting the D.A. and a judge to join an upcoming work session to learn more about why some violent offenders are released earlier than their sentencing.

"We've talked about cash bail reform but that is for low level, writing a bad check, something like that," Mayor Vaughan said. "It shouldn't be for someone who goes out and commits a crime with a gun who is a crime against another person and I would like to have a conversation with the DA and the Judges about what it is they look for when it comes to bail because the young man who shot the woman at the Speedway had been arrested before on gun charges."

The city council is also drafting new rules to keep people safe, but they're not expected to vote on the ordinance until September.

RELATED: Woman says she pulled gun on accused Speedway killer back in 2019