Some council members wanted to learn more about how police conduct their business after a policy change failed during a recent meeting. 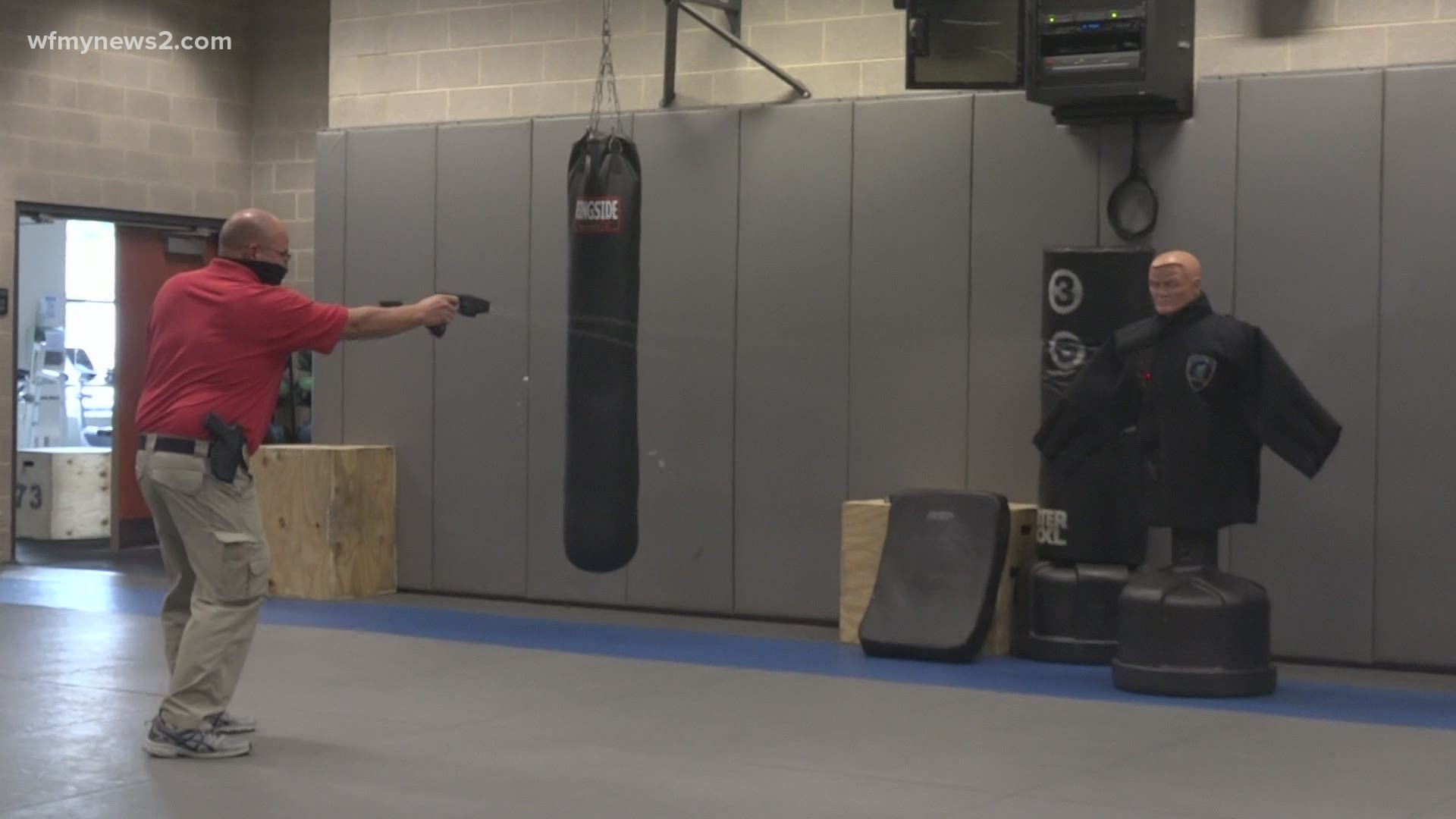 GREENSBORO, N.C. — Demonstrations, tough conversations and simulations were all part of a mini police academy for some Greensboro city council members Wednesday.

The council members wanted to learn more from a police officer's perspective.

“It’s eye opening and the decisions that you have to make as an individual in a split second causes some of the actions," said council member Goldie Wells. "So I can now understand from an officers stand point. ”

This training is timely considering recent calls for police reform across the country.

They didn't approve written consent, but they did agree to informing citizens of their rights before a search.

"Us as elected officials, it's hard for me to say I can change a policy for a department such as the police department because I have none of that expert training," Aduzaiter  said.

That’s why Aduzaiter spearheaded the idea for this training.

To get an inside look at how officers go about making the decisions they do, so the council can also make informed decisions.

#HappeningNow some City of Greensboro council members are getting a better understanding of officers decision making in...

During the more than two hour course, tough conversations came up.

Council woman Sharon Hightower talked about the public's perception when a black person has an encounter with an officer.

She gave this scenario.

“The mindset is to shoot that person until they’re eliminated and that’s as many bullets as it takes to empty the chamber,” Hightower said.  “Where is the regard for human life.”

Sgt. Ellis responded saying in his 21 years with the Greensboro police department he nor his fellow officers have come to work with the intent to kill.

"I have never came to work put on my uniform along side anyone else and heard anyone was putting on that uniform saying I’m going to make sure I arrest a black man," Sgt. Ellis said.  "I have never ever heard of or experienced that. Flip side of that are there people that don’t need to be police? Yes mam there are.”

Council members said they left the training more knowledge, and confident in being able to make decisions in a more well rounded way.

"I saw it more from their perspective I understand the community and their concerns about not being over policed,"  Hightower said "But hearing that police do not come to work with an intent to harm individuals was good to know.”

Mental health was also a big topic, and how officers are monitored and disciplined when they act out of the ramifications of their duties.

Several more sessions are coming over the next few weeks including a ride-along with police.