Doctors at the clinic say using virtual reality allows patients to manage their pain better reducing the need for opioids. 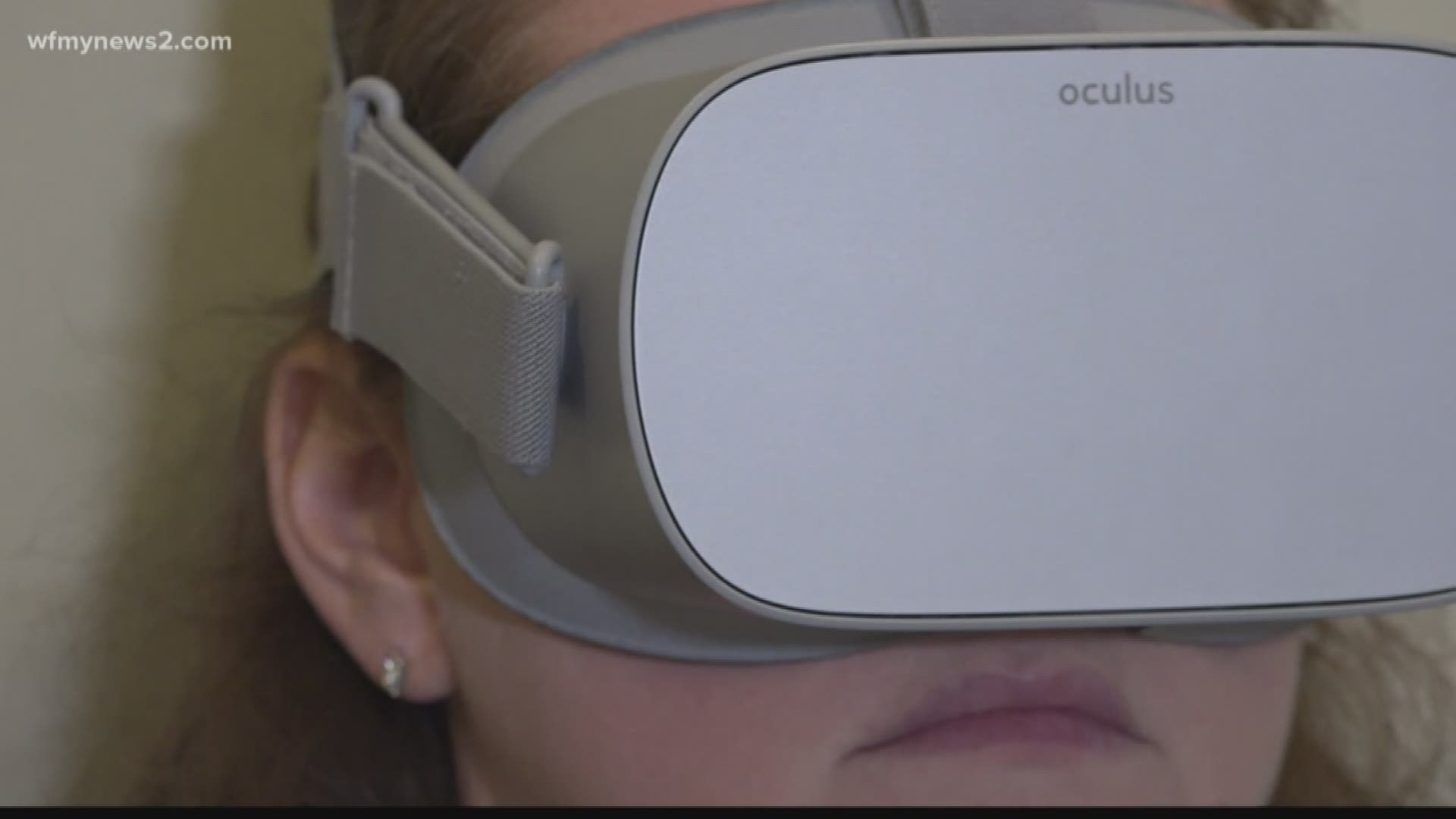 GREENSBORO, N.C.-- A physical therapy clinic in Greensboro is using virtual reality as a way to help combat the opioid epidemic.

Breakthrough Physical Therapy is the currently the only physical therapy group in the country that offers virtual reality (VR) therapy.

"I would just encourage people to understand that this is not traditional therapy now just put in VR. This is a wholly different experience." CEO of Breakthrough Jeffrey Hathaway said.

Hollie Davis has had VR therapy for the last three months. She came to the clinic after a serious motorcycle accident earlier this year that hurt her back, legs and hand.

"I came here and my physical therapist Glenn said we have a virtual reality therapy program that's based on mindfulness and I was actually excited about it," Davis said.

In VR therapy, patients learn how pain affects the body using stories and in a visual manner.

"I keep going back to this I love the visual. I've told a million people about it," Davis said.

The idea is if patients can understand the concept of pain, they will be able to control it better with their minds lowering the need to take medication.

Hathaway hopes this will steer people from needing opioids to deal with pain. He said it's not meant to be a fix to an opioid addiction, but rather a way to prevent that from happening.

According to the National Institute on Drug Abuse, results from a 2015 study showed pain relief was most commonly cited as the reason for the misuse of opioids.

VR therapy is still a new concept. The program has only been used at Breakthrough for the last six months. It's used in conjunction with physical therapy exercises.

You can find VR therapy at the two Breakthrough locations in Greensboro, the one Kernersville and 4 other sites across the state.