'It could save lives'| Greensboro closing streets to keep walker, bikers safe

The city of Greensboro is closing streets to encourage people to get out of their homes and enjoy the fresh air. 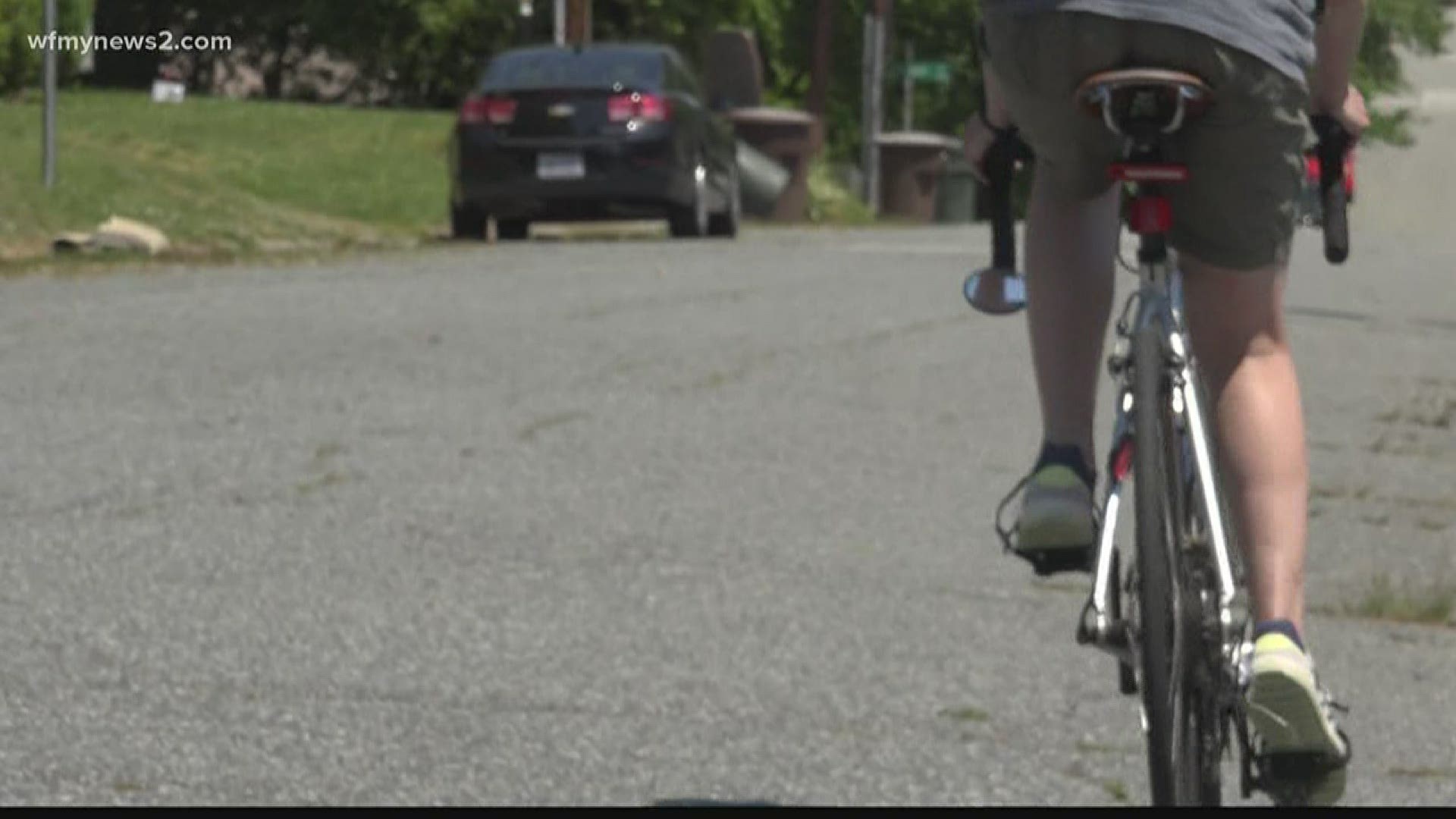 GREENSBORO, N.C. — Starting Friday, the city of Greensboro is closing streets, to encourage people to get out of their homes and enjoy the fresh air.

As part of the stay-at- home order the city's transportation department has closed portions of Highland Avenue in Glenwood and W. Greenway Dr. in Sunset Hills to thru traffic.

Nicole Lindahl a cyclist with the Bicycling Greensboro Advocacy Group brought the idea of  'Slow Streets' to the city.

“Our parks right now are over burdened so when it comes to walking and biking we don't have the space to social distance,” Lindahl said.

Lindhal said Glenwood and Sunset Hills neighborhoods have low traffic volumes, but speeding is the issue.

“Because there's less traffic people have the tendency to speed,” Lindahl said. “The velocity they travel at is pretty scary and could be worse off.”

The city hopes placing traffic cones and no thru traffic signs on Highland Avenue from Haywood Street to Florida Street and W. Greenway Drive from W. Market Street to Walker Avenue will discourage those who don’t live on those streets from using the road.

David Bartenfield lives near the Sunset Hills neighborhood and thinks the pilot program will save lives.

“It could possible prevent grievous injury,” Bartenfield said. “We have the newbie pedestrians and cyclist on the roads.”

RELATED: Disney parks in US will 'likely' require face masks when they reopen, CEO says

Sarah Welch also lives close by, but has a different opinion.

“I feel like it's a waste of resources and there's not a whole lot of traffic to begin with,” Welch said.

The city said  it'll help those forced to bike or walk as an alternative means of transportation.

“It’s such a small section," Welch said. “They say it's for transportation needs and it’s just not close to anything people would be walking or biking to.”

The blocks were chosen based on neighborhood interest, their proximity to parks or other amenities.

The city said these are soft closures so folks who live on the designated roads can come and go as they please.

They're discouraging traffic to those who are only using the road to get to another street.

The city said this pilot program will be in effect as long as social distancing rules exist.

RELATED: Where you can get tested for coronavirus in North Carolina

RELATED: Greensboro restaurants file lawsuit against insurance company for losses due to COVID-19