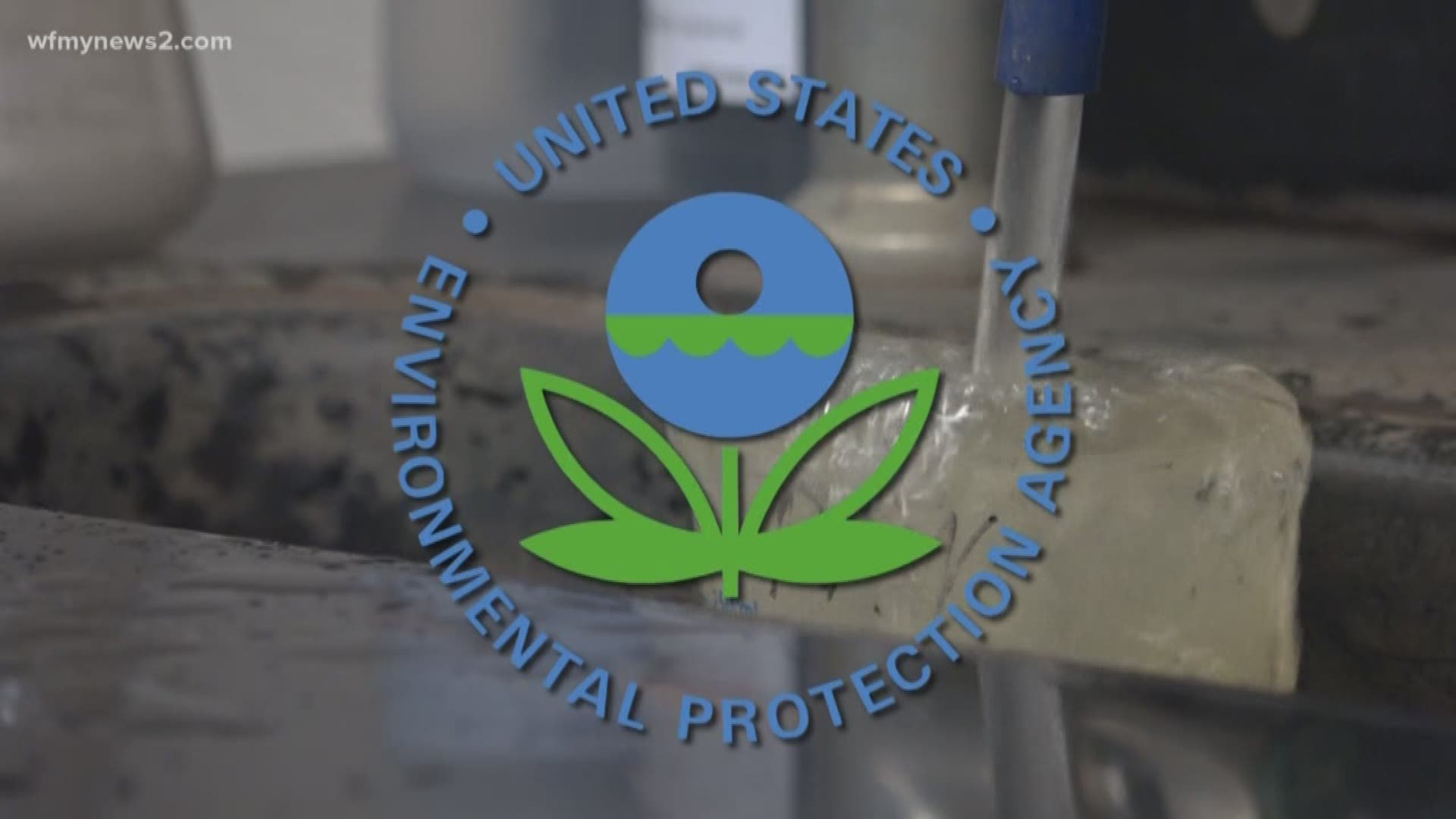 GREENSBORO, N.C. - Almost a week after the City of Greensboro launched an investigation into high levels of two chemicals found in the water it has announced a weekly sampling protocol.

Recently the City discovered the chemicals called perfluorooctane sulfonic acid (PFOS) and perfluorooctanoic acid (PFOA). These chemicals belong to a family of manmade chemicals that were used for more than 50 years to make products that resist heat, oil, stains, grease, and water. Perfluorinated compounds like PFOS and PFOA are extremely stable and do not breakdown in the environment.

"Ultimately we determined that they were coming from the western part of Greensboro, mainly around the airport and the industrial complex surrounding the airport," said Assistant Director of Water Resources, Michael Borchers.

In a release, the Water Resources Department writes this weekly sampling will help the City to predict the timing and additional resources need to reduce the levels of PFOS/PFOA in the drinking water.

This week's results showed levels of combined PFOS/PFOA at 96 parts per trillion (PPT). The Environmental Protection Agency established the health advisory level at 70 ppt. In the City's release, officials say that means a lifetime of drinking water at levels above 70 ppt increases the risk of adverse health effects to sensitive populations.

The City's proactive steps in reducing PFOS/PFOA levels are:

"We are going to add what is called 'powder activated carbon,'" said Borchers, "Think of like a Brita filter. In most of those type of filters, it’s got carbon in it. So it’s activated carbon- activated from the standpoint that it can absorb contaminants out of the water and hold them to itself."

The permanent solution will be a filtration system on a larger scale - but it will take a few years to properly research and install. Current Greensboro treatment facilities do not have these parts in place - because it was only a few years back that the EPA began looking into PFOS/PFOAs, as well as other chemicals, as emerging contaminants.

The City writes - no drinking water regulatory limit has been violated, but officials are committed to fixing this issue. Water from the Mitchell Plant will be kept at a minimum for now, until the temporary treatment equipment is installed, and operational.

You can find more information on Greensboro website here.