'It was terrible': Greensboro family reflects on 2018 tornado impact on 3rd anniversary

The April 15, 2018 Tornado struck neighborhoods in the eastern part of Greensboro and destroyed many homes, schools, and churches. 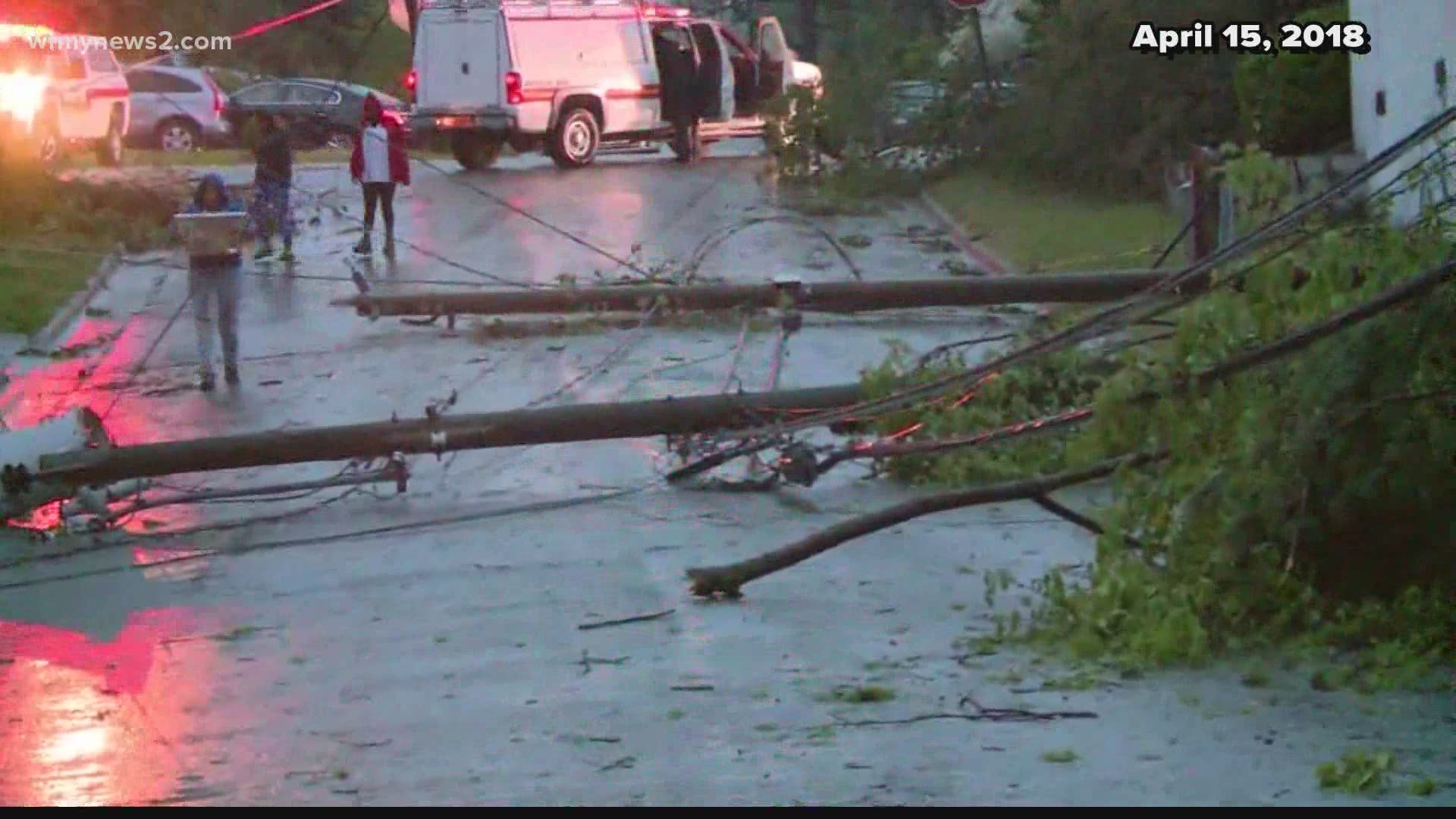 GREENSBORO, N.C. — Wednesday marks the day a tornado ripped through neighborhoods in East Greensboro and other parts of the Triad. That day made for one many said they would never forget and hundreds of houses and businesses were damaged or flattened completely.

Three years after some in the community are still on the path to recovery. Roofs of some houses are still covered tarpaulin, one of the leftover signs of the cleanup from the tornado. Brand new rebuilt houses stuck out like a sore thumb which showed that rebuilding the community remained an ongoing process.

RELATED: It was the only thing left standing after a devasting tornado. American flag saved as a reminder of hope in a time of despair.

Williams said the April 15th Tornado came so quick that she and her teenage son barely had time to jump into the bathtub. They were able to cover themselves as debris fell around them. When they got out a trail of destruction was all that was left in the tornado's path.

"We had poles and trees laying in the street, we had live wires and it was so dark," said Williams as he recalled the events of that day.

Apart from homes, schools and churches were not spared in a community that couldn't afford such destruction.

"When the tornado hit in 2018, what we saw in the aftermath was what we thought we were not going to be able to recover from," said Sharon Hightower, City of Greensboro Council Member.

But the community rallied around under 'Greensboro Strong' to make that happen. Hightower said the City received $800,000 in donations and spent almost $700,000 to repair and rebuild 53 homes. Some of the funds were also channeled toward helping provide people with insurance deductibles to repair their homes.

There was also an outpouring of concern and empathy from the community, many of who turned up in neighborhoods with the tools to volunteer with the clean-up efforts.

"That just lets you know what type of community and people that we have in this world that just let you know that God works in mysterious ways," said Dino Foddrell jr, William's son.

“The fury of a tornado. Three years ago, tomorrow, east Gso was hit with a tornado. The pictures attached are of the wreckage of Hampton Elementary. We were lucky that it was a Sunday and that the school was empty and no one was playing on the playground. Peeler Open and Erwin Montessori were also destroyed.

So many people’s lives were forever changed in a few quick minutes. Neighborhood leaders immediately mobilized checking every house and getting supplies to those who needed them.

I met people who I will never forget. I made friends. I was inspired by the stories of resilience. Greensboro was and is #GreensboroStrong

Notice the fickleness of a tornado. The classroom trailers were totaled but the mulch was left undisturbed. It bent the basketball goal like a paper clip.”