'It's on fire'| Greensboro housing market booms amid pandemic

A new report by Construction Coverage determined Greensboro is currently the 19th hottest housing market. Prices are expected to go up throughout the year. 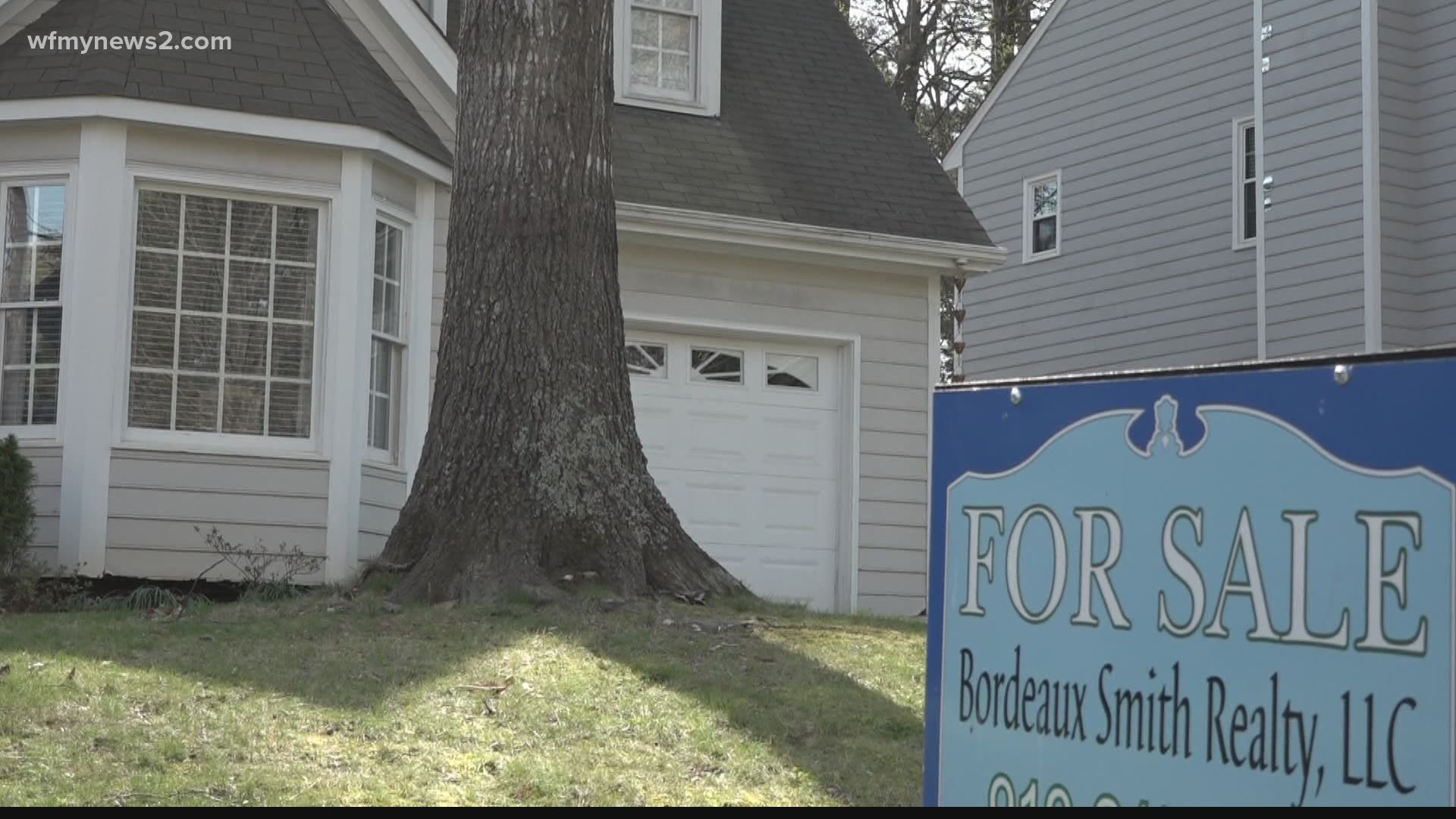 Construction Coverage analyzed data from Zillow and determined of the 95 largest real estate markets in the country, Greensboro is currently the 19th hottest.

The report said home prices increased by 7.8% from 2019-2020. Analysts expect home prices to go up again by another 5.8% over the course of this year in the Greensboro area.

"If you have a good home that you’ve taken care of that is in the price range is somewhere between $175k-$300k you can sell your house in a day," Proehl-Moser said.

The pandemic is also forcing some to flee big cities and states who've suffered economically because of shutdowns.

"You're seeing places like New York City, places like California in other cities like Chicago people are leaving," Proehl-Moser said. " The South is the area that they are coming to. North Carolina is in the top five states in the entire nation where people are fleeing those states and coming to."

Historically low-interest rates are also drawing in people who've been on the fence about buying a home.

Proehl-Moser says if you do plan to buy, be patient because it can take some time.

And at this point, she says she doesn't expect a housing crash in the Greensboro area but says it could come sooner for cities like Raleigh and Charlotte.

Proehl-Moser says other industries are seeing benefits due to a booming housing market. Because homes are selling so fast sellers have to turn to rentals while waiting to purchase a new home. Storage facilities and furniture companies are also seeing an increase in business, according to Porehl-Moser.