Greensboro Is Missing Out On $1.4 Million Because Some Property Owners Haven't Paid Penalties

WFMY News 2 has a 10-page list from City records that show which property owners haven't paid and how much of that is past due. Plus, we dig into what the City plans to do about it. 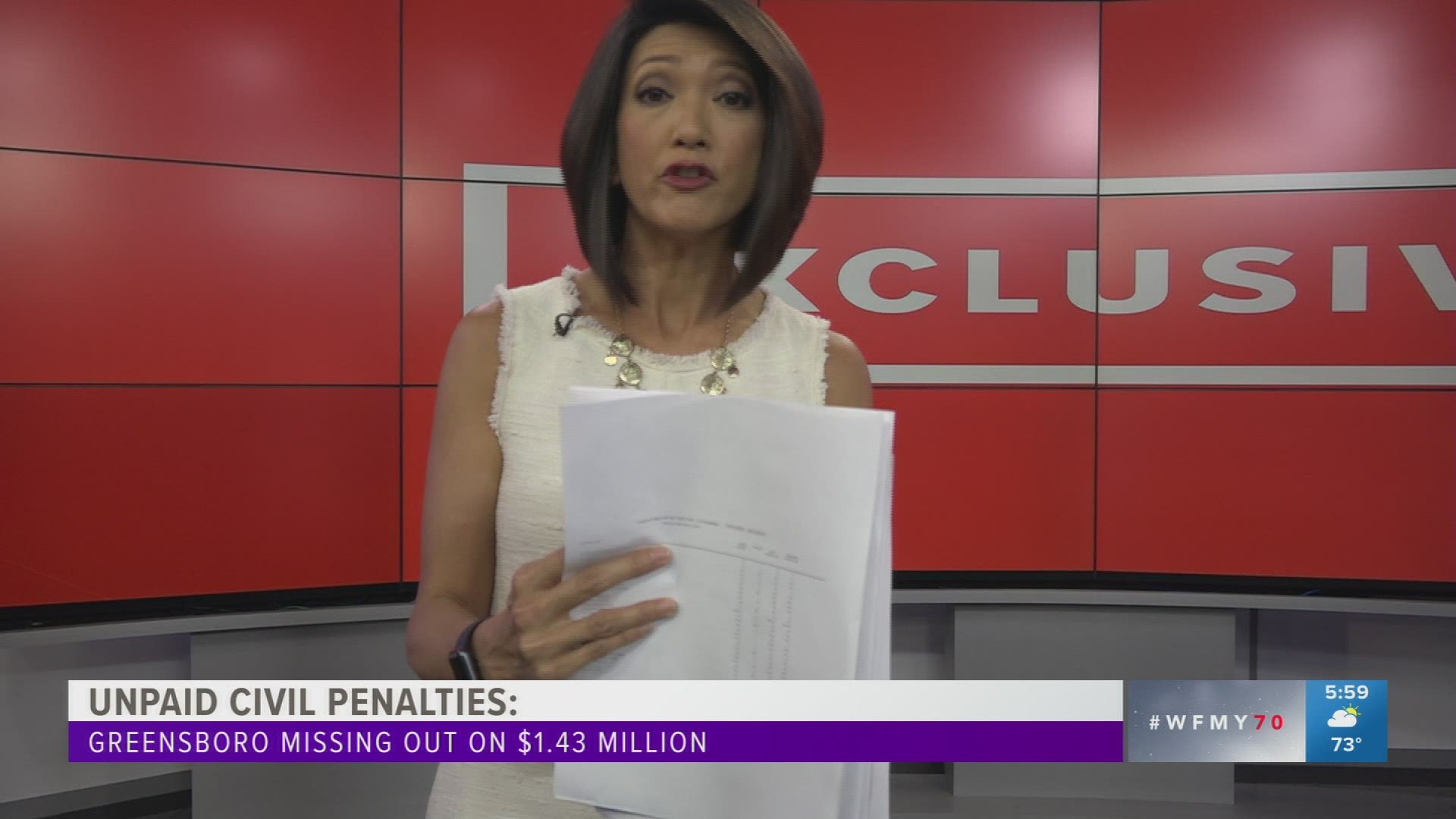 That's how much past-due money is owed to the City of Greensboro from unpaid civil penalties, which are usually associated with code violations or properties that have to be condemned.

WFMY News 2's Erica Stapleton started digging into this in the wake of the Summit Ave. Apartment fire and received a public records request listing out all the property owners in the city who have an unpaid balance, whether it's pending or delinquent.

You can see the full list by clicking the document below:

The list is broken down alphabetically by property owner and shows the amount invoiced, any payments that have been made, the total balance due and the total delinquent balance due.

The largest amount owed is $685,620 for Agapion, the family associated with Arco Realty.  In a statement, Arco Realty listed the following bullet points about landing on the list:

The City rule that allows the City to charge property owners for penalties, doesn't explain how the money should be collected or how the rule should be enforced.  Greensboro Mayor Nancy Vaughan says it's something the City is working on.  She says they plan to take offenders to court starting in July.

WFMY News 2 spoke with Mark Wayman, Interim Division Manager for the City of Greensboro's Code Compliance Division, about the civil penalty process back in February 2019.

“Once the property is condemned we issue the first civil penalty, which is $200 dollars for that first day," Wayman explained, adding there would be an additional $10 fee every day after that until the property or unit was found to be back up to code.  Keep in mind, that's per unit.

For example, City data shows that since 2014, names associated with Arco Realty have been issued more than 500 civil penalties from the City of Greensboro for various properties, racking up that $685,620 in fees.  The city’s data shows that no Agapion has paid a dime of the fees.  A spokesperson with Arco says that although they're all listed at the same business address, not all Agapions are part of Arco Realty.

Other names on the list might be tougher to track down.  For example, Byerly says Dogwood Manor Townhomes, LLC (owes $122,300) and Avalon Trace Holdings (owes $18,390) have disbanded in the wake of their properties dealing with code violation concerns.  A search on the Secretary of State website shows both businesses are dissolved.

Some other names are listed as heirs to certain people.  Byerly says it could take time to determine who might actually own the property, which could delay any fine payments.