'Greensboro is Where I Became a Man': Chicago Bears All-Pro Tarik Cohen Returns to the Gate City for Football Camp

"The people here were the first to support me," said Tarik Cohen when asked about what Greensboro means to him. 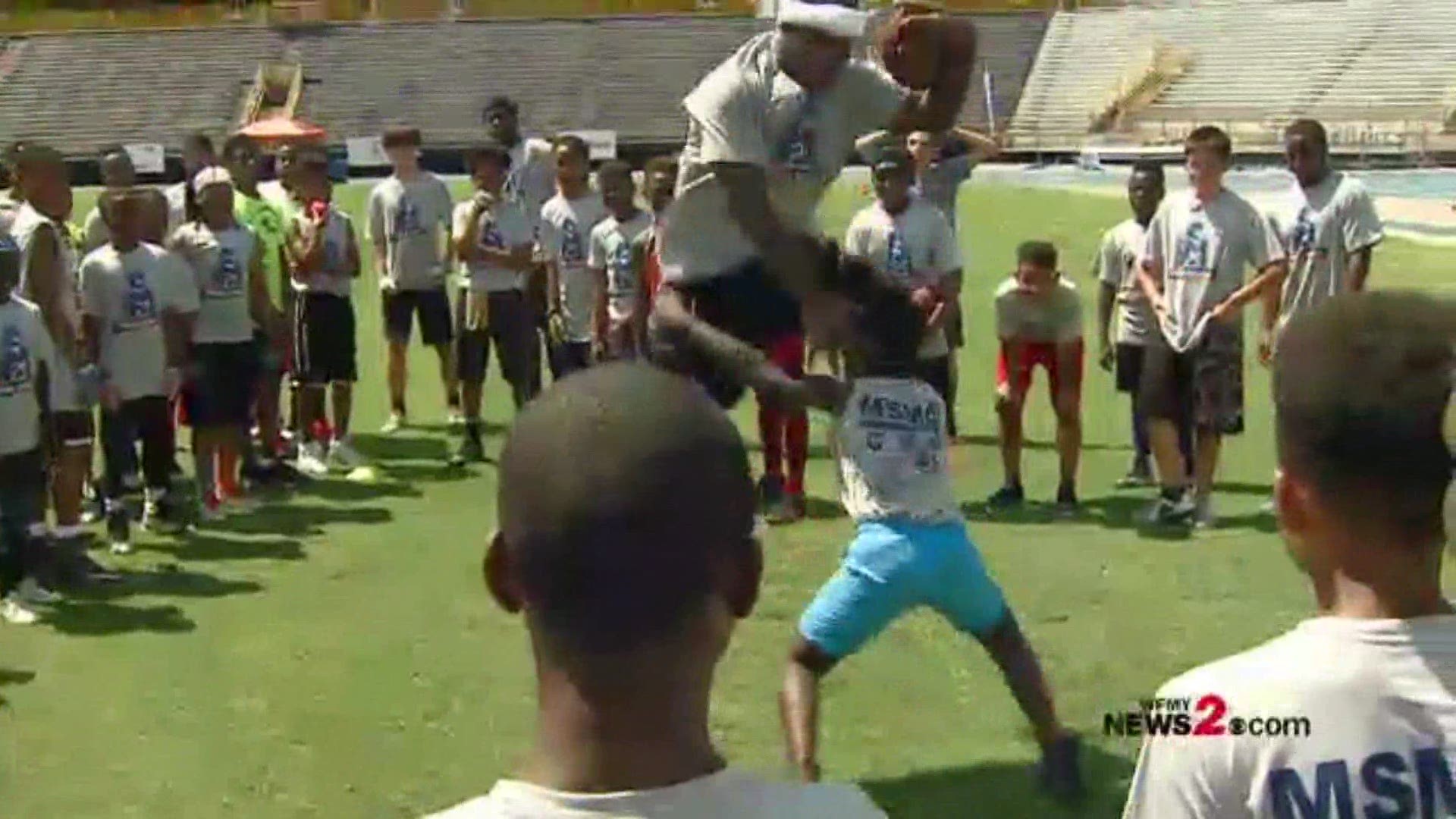 "Greensboro is where I became a man," Cohen said on the Greensboro-based podcast '3rd n' 30.' "The people here were the first to support me," said Cohen when asked about what Greensboro means to him.

That support was beyond evident Saturday. More kids showed up than the camp had room for and unfortunately some were turned around at the gate due to liability issues.

This years camp, Cohen brought a couple of former teammates with him. A&T Alum and current Cincinnati Bengals defensive back Tony McCrae was there as well as Pro-Bowl running back and former Chicago Bear teammate Jordan Howard (now with the Eagles).

In one drill, Cohen completely lept over a young camper trying to make a tackle. Cohen, a native of Bunn, North Carolina, is entering his third season with the Bears after being drafted in 2017.

This event is one that has grown from the first year to the second, and next summer's event is expected to be even better.