William Benton caught a fish on Thursday but reeled in the big one later that evening. 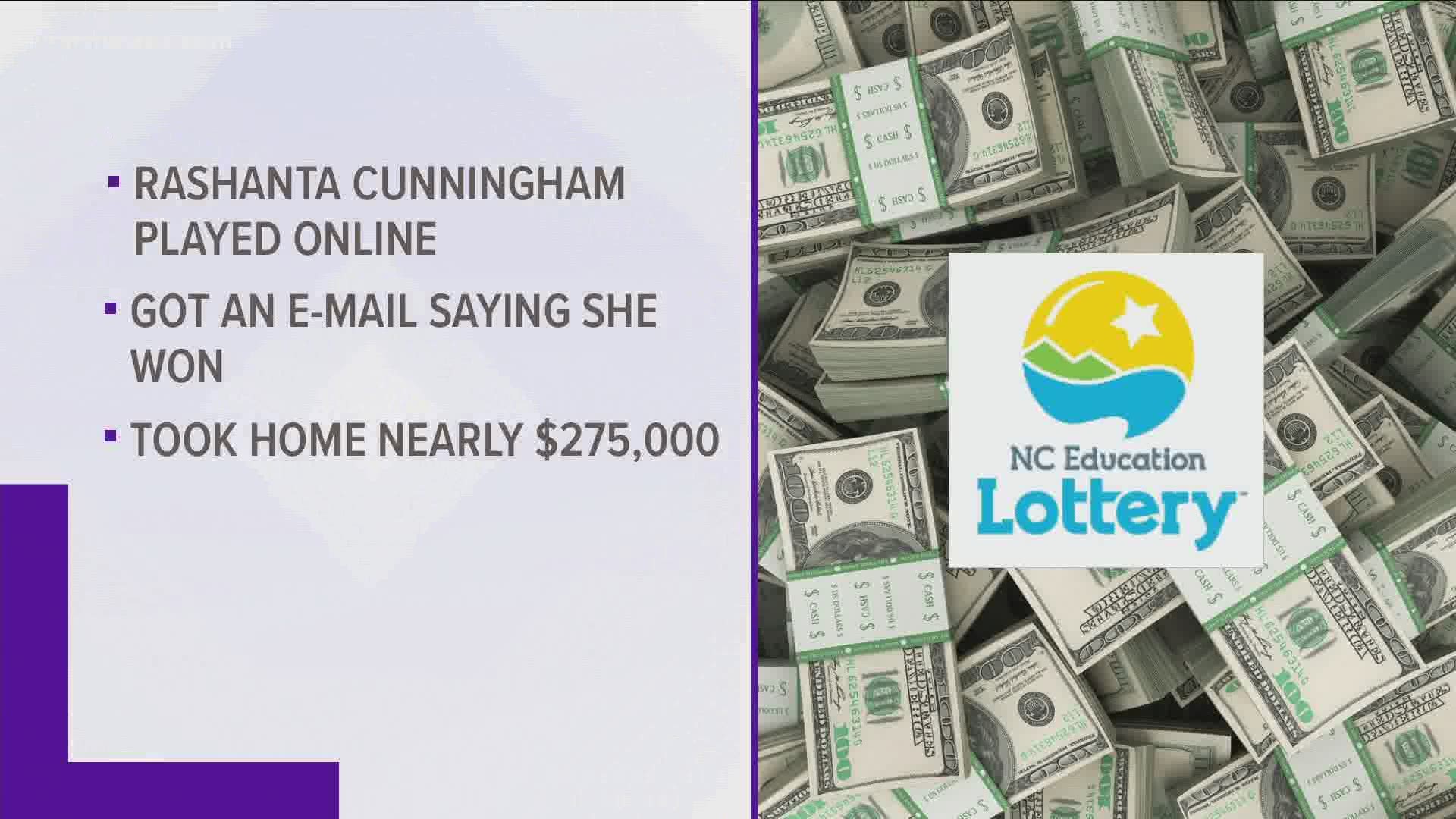 GREENSBORO, N.C. — Sometimes, you just have to cast your line and see what will bite.

William Benton Jr., of Greensboro, got a pretty big bite on Thursday! He won $100,000 on a scratch-off ticket after a day of fishing.

He reeled in one fish but tried his luck later that evening. Benton bought two Millionaire Bucks scratch-off tickets at the Kwik JP Express on Randleman Road.

One of them was a winner.

“When I saw it, I just couldn’t believe it,” said Benton. “Joy just came to my heart.”

The former nursing home worker said the money will help his family out a lot, but he's going to enjoy some of the prize himself.

After state and federal taxes, Benton took home over $70,000.