The order began at 5 p.m. on Tuesday and will stay in effect until the order is updated or rescinded. 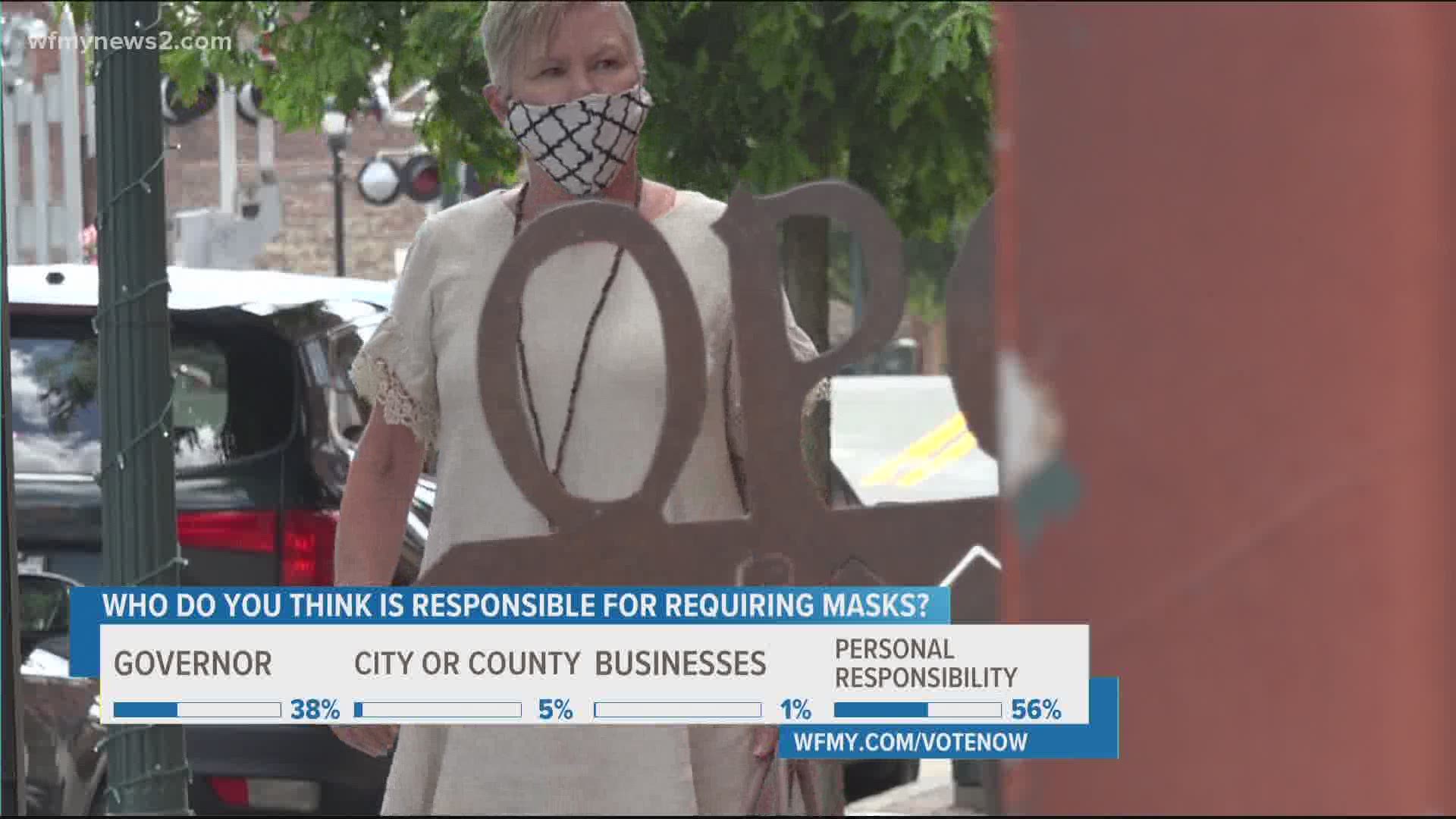 GREENSBORO, N.C. — Face masks are officially required in the City of Greensboro.

You'll not only have to wear a mask in public, but also in private spaces where social distancing isn't possible.

Greensboro Mayor Nancy Vaughan said this is a requirement until she says it isn't.

Nicole Seller said the new requirement is nothing new for her.

“I think it's a great idea. Anything I can do to prevent the spread is a good thing,” Seller said. “We've seen a spike, so now instead of recommended it's now mandated. If folks got on board and voluntarily wore a mask, we wouldn't be where we are now."

"I think it's a good idea. Most people in our area are taking it seriously and wearing masks,” Elliot said. “It's the younger people, the ones who push up against you and cut in on the isles, they won’t abide by distancing they're just rebellious."

Some Greensboro residents said they still won't wear a mask because it is not law.

The city said their goal is for folks to voluntarily comply, but the Greensboro Police Department has the power to charge folks with a class two misdemeanor if they don't obey the order.

Mayor Vaughan said all businesses should require customers to wear face coverings when inside.

"If a customer comes in and it is mandated that they wear a mask to enter the store we'll service them at the curb it’s not a problem,” Sainato said. “We're a walk-up business anyway we'll do whatever needs to be done to stay open."

There are exceptions to the order.

If you have health issues, are under the age of 12, or dining at a restaurant you will not be required to wear a mask.

Other exceptions include religious beliefs and exercising alone outdoors.

Mayor Vaughan said in a news release this new mandate will keep the community safe and stop the spread of the virus.