'I didn't want to bury another child' | Her son was arrested, and she's glad he's been caught

26-year-old Alexander Wayne Gillett was a wanted man out of Orange County, but he almost got caught at his mother's house off Battleground Avenue in Greensboro. 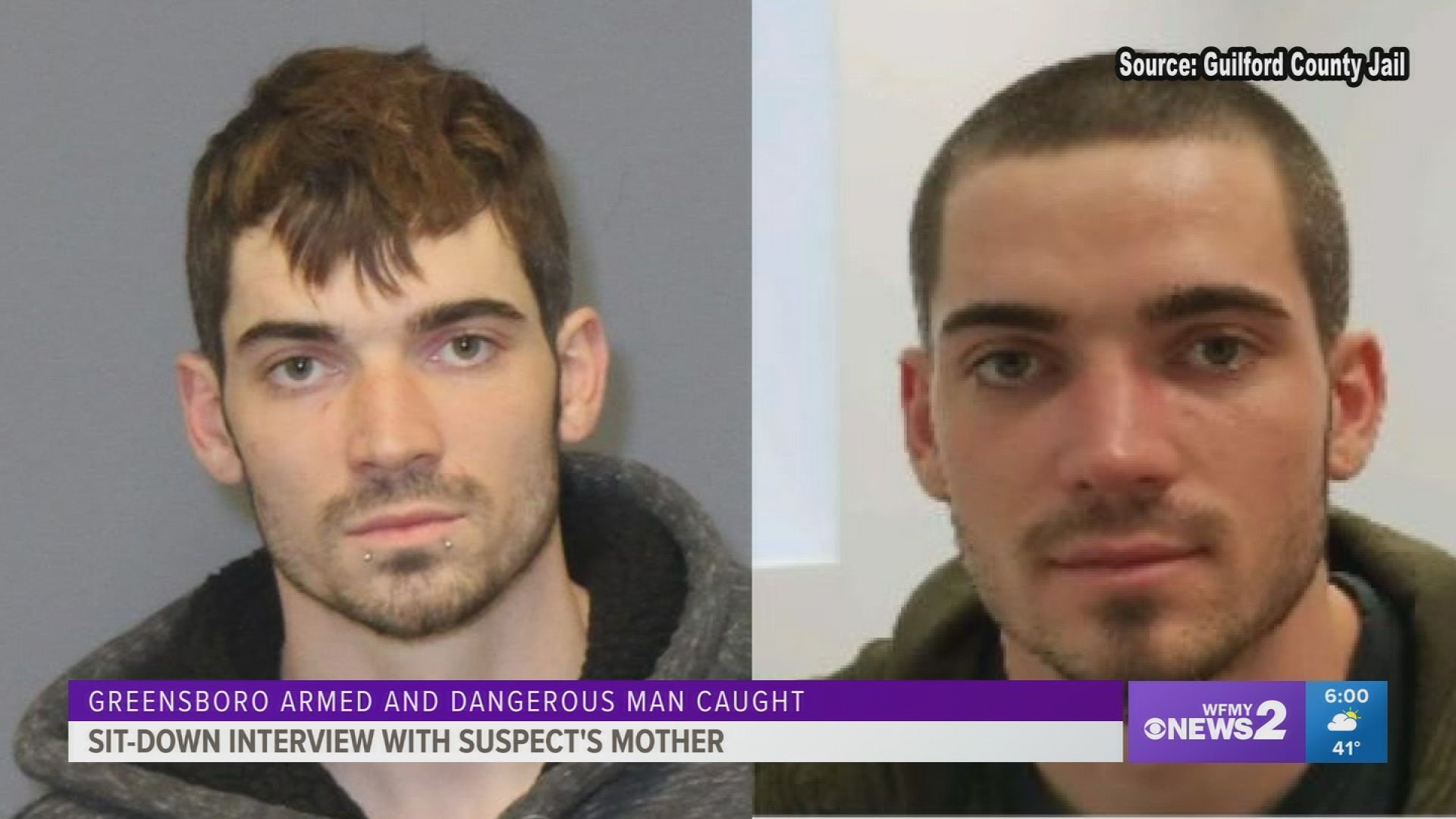 GREENSBORO, N.C. — The Guilford County Sheriff's Office and Greensboro Police closed in on Peggy Gillett's house off Battleground Avenue over the weekend.

She didn't do anything wrong. It was her son, 26-year-old Alexander Wayne Gillett, they were looking for.

He was wanted out of Orange County. Deputies there say he pistol-whipped his girlfriend after she refused to break into a home with him.

Officials say he fled to Greensboro.

His mom Peggy Gillett, said he came to her house.

"I'm watching TV and a knock came at my door and Alex just looked at me and said 'I'm hungry and I need a shower.'"

She knew he was on the run and called his dad to figure out next steps about turning him in. But first, her motherly instincts took over.

"I fixed him fried bologna sandwiches, he ate them, he was sitting there no socks, no shoes."

That's when she heard another knock on the door. This time, it was authorities.

Next thing she knew, her son darted out the back door.

Before the Orange County incident, Alexander had multiple breaking-and-entering charges on his criminal record in Guilford County.

"He had said one time 'I got demons in my head and I cant make them stop,'" Peggy recounted. "He was never the same after his sister died on his birthday."

"Do you believe your son is an innocent man?" WFMY News 2's Jess Winters asked.

"No ma’am," Gillett responded "Not for the breaking-and-entering he's not innocent of that." she furthered. "Hitting someone upside the head and beating them with a pistol, he is innocent of though."

Peggy says her son hit a woman in a self-defense with his hand, not with a pistol. Deputies say otherwise.

"He {told me} he took his hand and hit her on the left side but he said 'mama I promise you with all my heart I did not hit her with no pistol.'"

'So he hit her, just not with a pistol?" Jess Winters asked.

"Do you think that’s any better?" Jess Winters asked.

"I don’t think it's any better but when someone is beating you, male or female, I think you need to defend yourself and get them off of you," Peggy said.

She said that Alex has a broken nose and scratches.

But overall, Peggy is just glad he's now behind bars.

"I'm so glad he was caught. I didn't want to bury another child. Thank God"

"Did you ever imagine, you as a mother, would be saying 'Thank God, my son has been arrested?'" Jess Winters asked.

"No, not at all," Peggy responded. "Even being guilty of things you don’t condone it’s still your child and you still love him. That's a mom's love."

Gillett is being held at the Guilford County jail under a $10,000 bond. He made his first appearance in court Friday.

Gillett was caught Thursday on the Rockingham-Guilford County line according to the Orange County Sheriff's Office.

Officials let Gillett use a phone to call his mom.

"I was alerted because he called and told me and I said 'hey kiddo how are you?' and he said 'I'm good, they got me.'"

"And I said 'thank God,' those were my words, thank God."

When asked further about the altercation between Gillett and the victim based on what Peggy stated, the sheriff's office said the victim was allegedly held down and struck in her thighs, arm and lip.

The Sheriff's office said the victim alleged that Gillett hit her twice in the head with a weapon.

"I don’t condone what he does, he's a grown man, if I could stop him I would but I can’t and hopefully he stops now," Peggy said when speaking about past charges.