Much of the conversation centered on whether or not to cancel the Greensboro Gun and Knife Show. 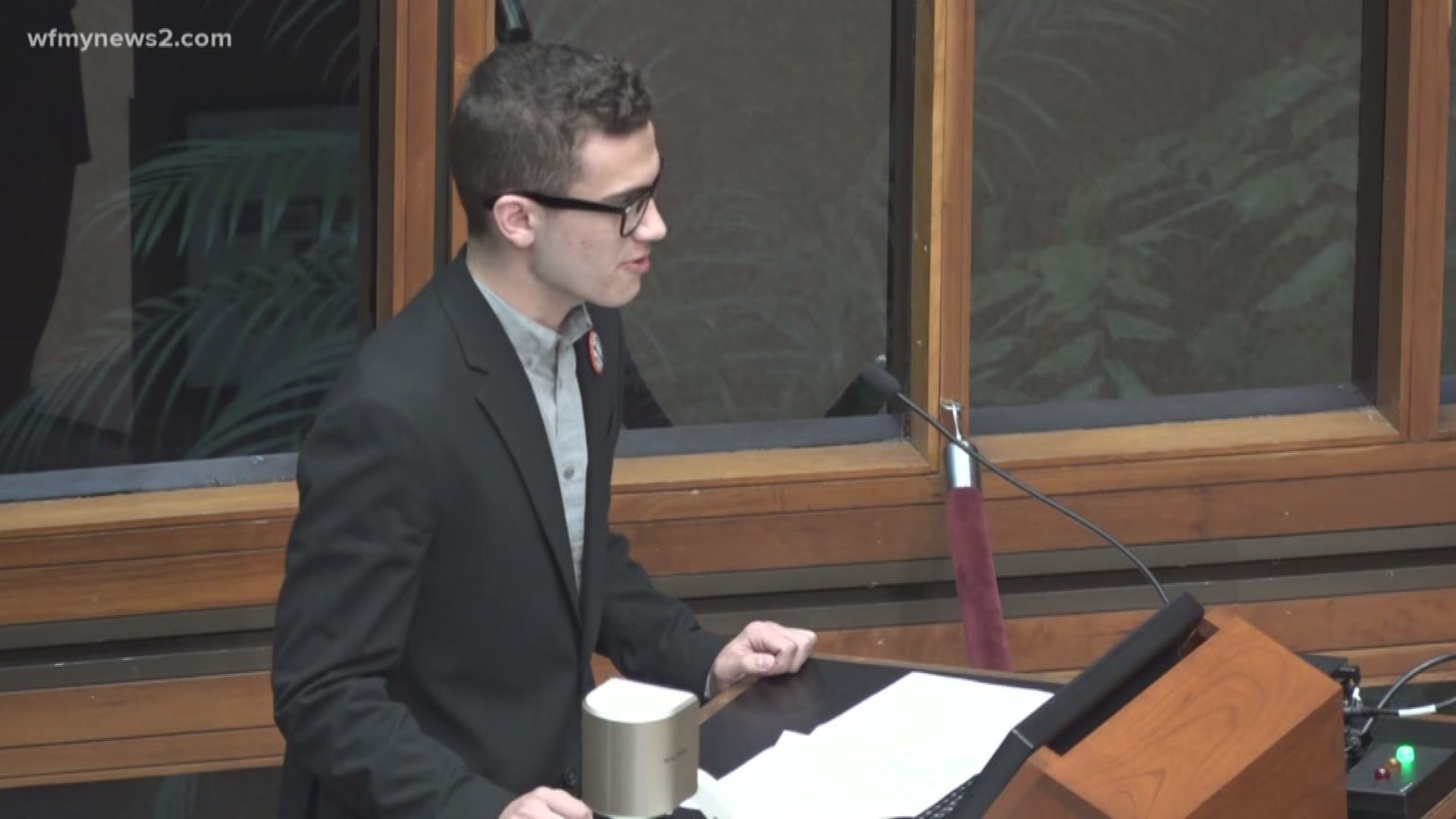 GREENSBORO, N.C.-- The City Council has been in talks for months over what can be done locally to address gun violence, especially after the mass shooting at a Parkland, Florida High School.

At the City Council meeting Tuesday night, they opened their conversation to neighbors to hear what the community thinks should be done.

Several speakers took the podium to talk about their thoughts on both sides of the issue.

Some said there needs to be stricter gun laws. Other neighbors argued that current laws in place protect the rights of lawful gun owners.

"It seems like every time we have one of these shootings, nobody wants to put the blame where it goes, which is at the shooter's feet. You want to turn around and restrict my rights," a man said at the podium.

Others argued that more research needs to be done to get to the heart of the problem.

Much of the conversation centered on whether or not to cancel the Greensboro Gun and Knife Show.

"The Greensboro City Council should do everything in it's power to ensure the safety of its city, which means canceling the Gun and Knife show. We all know it's true. Big guns are for people with small minds," another speaker said.

You'll remember, about a month ago Mayor Vaughan came out and said she was looking at canceling the Gun and Knife Show.

The show is held twice yearly at the Coliseum, a city-owned building.

But then the City Attorney let council members know in a memo, that they don't have the authority to cancel it.

Greensboro City Council Does Not Have Authority To Cancel Gun Show: City Attorney

The City Attorney says Coliseum Director Matt Brown has full control over what events are held at the events center because of his contract. That means the decision to cancel the gun show would be up to him.

But while the council can't cancel the show, they can decide where the proceeds will go.

At the meeting, City Council voted to give all proceeds from this year's Gun and Knife Show to the Greensboro Police Departments' Gun Stoppers program. The program aims to get illegal guns of the street.

According to the Coliseum, the two gun shows each year bring in an estimated revenue of $84,000.