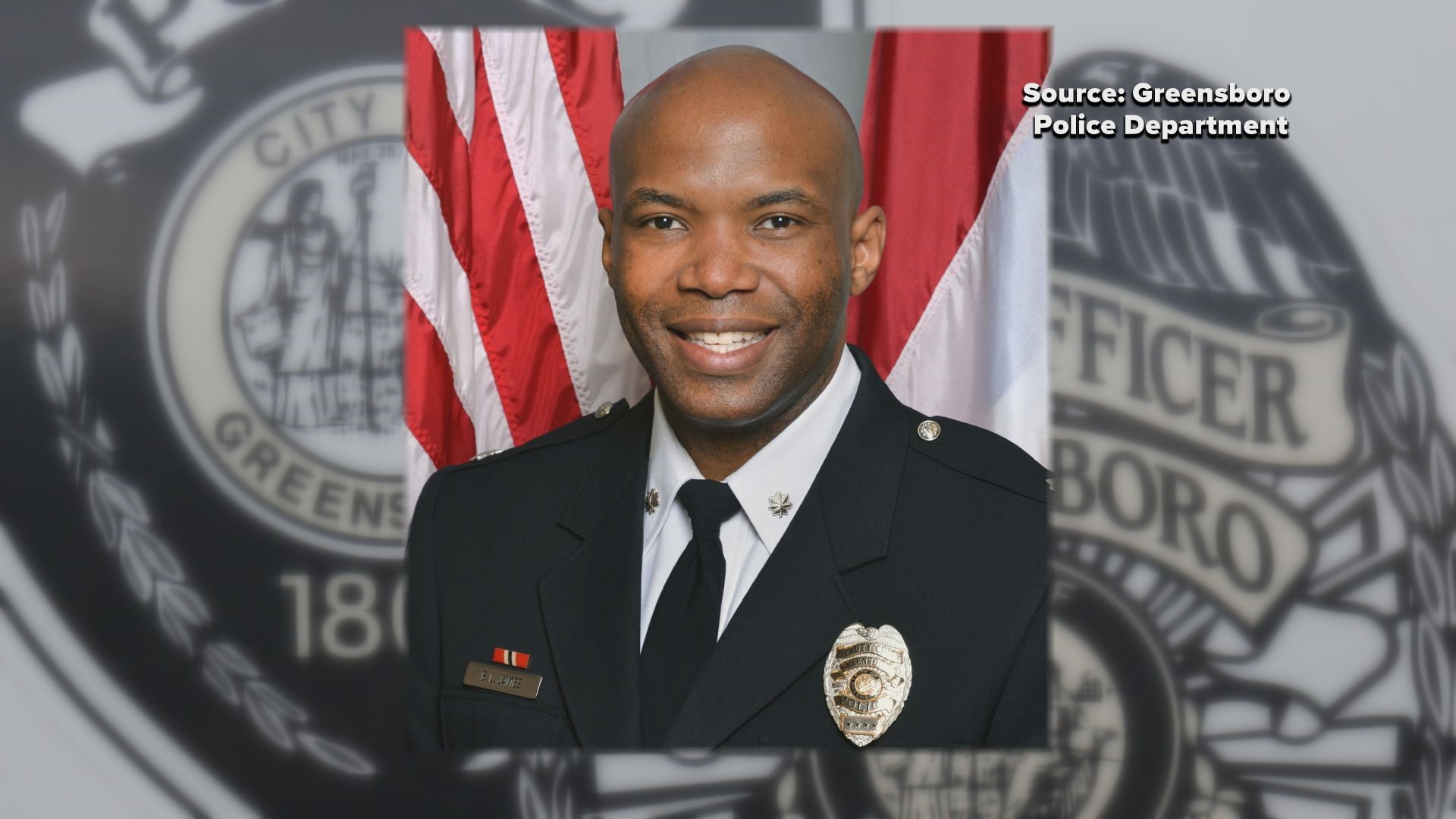 James will assume his duties as police chief on February 1.

“I’m very humbled and honored to be selected as Chief of Police in my home town,” said James. “I look forward to building upon and establishing relationships as we partner to ensure the safety of all members of our community.”

"I grew up in the Phillips Avenue area, Woodman Park to be exact," he explained.

After graduating from Page High School, he knew his path was paved with blue.

"I had the opportunity to go to the North Carolina A&T State University and shortly after that entered into law enforcement."

He was quick to point out that the homicide rate in Greensboro for 2019 was unacceptable.

“First of all, let me say one homicide is too many," he emphasized. "44 is outrageous. We tied our record in 2017, we’re not proud of that not just as a police department but as a City."

He wants to take a boots on the ground approach, and focus on community outreach to figure out the root of the problem.

Deptuty Chief James is a father of three. He said his family is excited for his next steps.

"It feels kind of surreal right now," he said of the next chapter of his life.

James joined the Greensboro Police Department on February 16, 1996, serving in various roles with the department, including Police Neighborhood Resource Center, Criminal Investigations Division, Training Division, Resource Management Division, and currently serves as the Bureau Commander of the Patrol Division. James is also involved in numerous community engagement roles, such as chair of United Way’s African American Leadership cabinet, board chair of the Malachi House and vice-chair of Guilford Child Development.

James will succeed Police Chief Wayne Scott, who will retire at the end of this month.

Current Police Chief Wayne Scott has been with the department since 1991, and became chief is 2015. He announced his retirement in August, and a nationwide search for his replacement began in October. Ultimately, City leaders agreed that James was the most qualified.

"Don't underestimate Greensboro." Deputy Chief James stated. "I'm Greensboro born and bred, we have great schools here, we have great opportunities here, great people, it prepared me to compete with other talented candidates from across the country."