Lewis Harrison III was shot in the area of S. Elm Eugene Street after officers say he pointed a weapon at police. 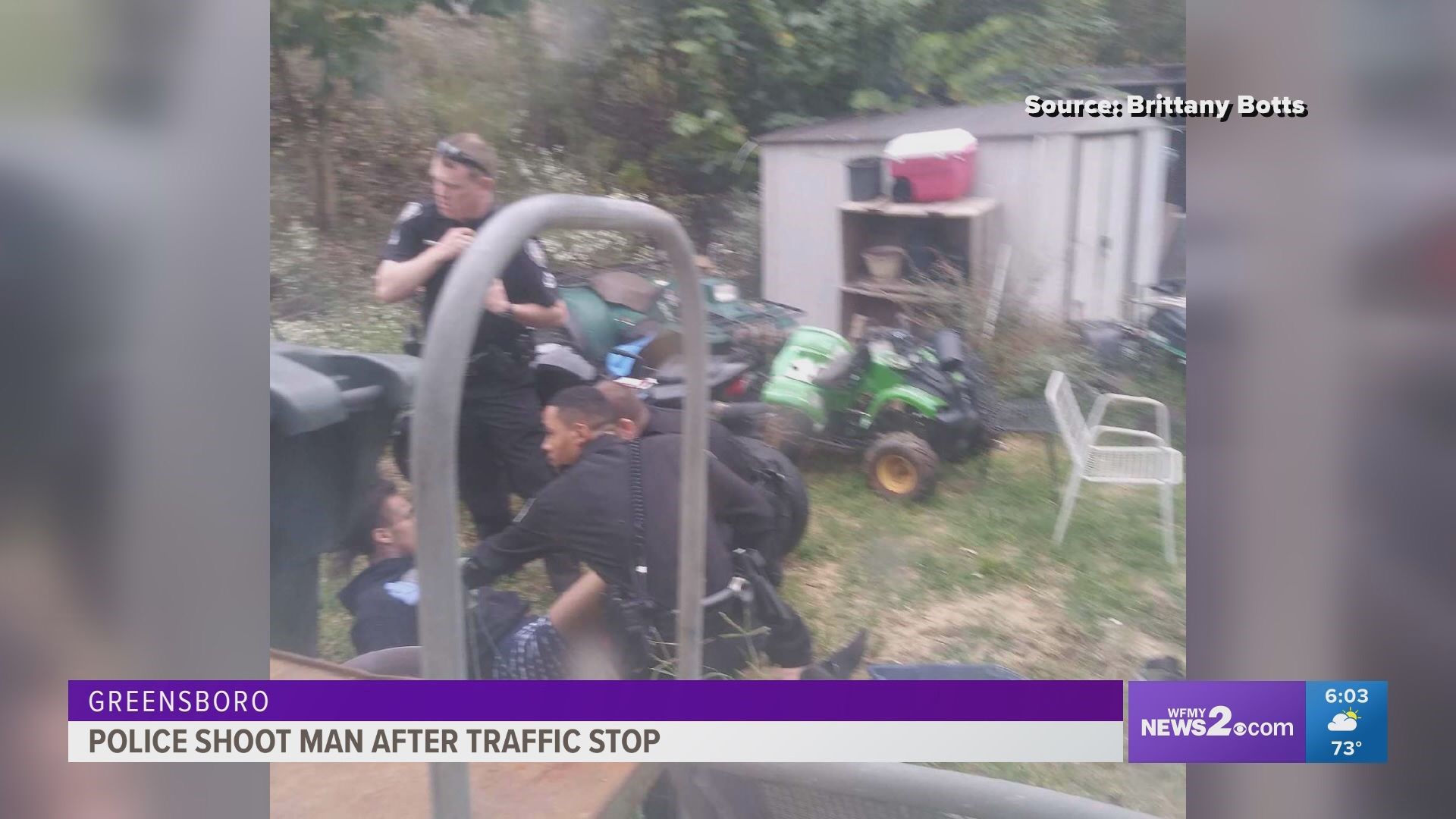 GREENSBORO, N.C. — Greensboro police are investigating after an officer-involved shooting.

Police stopped a man Monday just before 4:45 p.m. in the area of S. Elm Eugene Street and E. Vandalia Road. Police said the man ran away from the scene. They also said the man pointed his weapon toward officer D.A. Young and the officer shot him. They said the man, identified as Lewis Latrell Harrison III, 25, is in the hospital with non-life-threatening injuries.

“Through the window, I heard 'get down get down, get down show me your hands,'" said Brittany Botts, who says Harrison ended up injured in her yard.

She said she was alerted by a single gunshot and then saw Harrison injured on the ground through her window.

“(It's a) little disturbing to see that right here at your door knowing that we were getting ready to walk out of the door again," said Botts. "So knowing that you could’ve been caught in the middle of it just by leaving the house.”

Surveillance video shows the moments before Harrison was shot, including him running from officer young and into Bott's yard.

"(It was) not even a couple feet from your door," said Botts. "They were concerned about him trying to come into the house so luckily didn’t try. The door was locked."

Officer Young involved in the incident is on administrative duty.

The incident happened just as community leaders came together in an effort to stop violent crime called the Faith and Blue Walk.

"It's just one more way that we can really get people involved to give awareness to what is happening in Greensboro," said Jenny Caviness, Greensboro Police's Director of Community Engagement.

The police department gathered with faith, community and city leaders to walk through a Randleman Road neighborhood Monday afternoon.

Meanwhile, officers responded to the shooting involving one of their own.

It's the latest act of violence in Greensboro, that' has seen 40 killings this year

"It really brought home the reason why we’re out there walking," Chief Brian James said. "We’re trying to prevent things from happening like this. We need to get guns off the street. We need to prevent crime before it happens and we need to make this community safer. Everyone in this community deserves to be safe."

Investigators are working to determine why Harrison ran from police in the first place.

Harrison is charged with assault by pointing a gun, assault with a deadly weapon on a law enforcement officer, possession of a stolen firearm, felon possessing a firearm, and resist delay and obstruct a public officer.

“(It's) way too close for comfort," said Botts. "First thing you think of (is the) business here maybe them getting robbed or something.”

Harrison is being held at the Guilford County Jail with no bond.

Here’s a look at traffic being diverted at Montcastle Drive @wfmy pic.twitter.com/Jx35UBYzcg 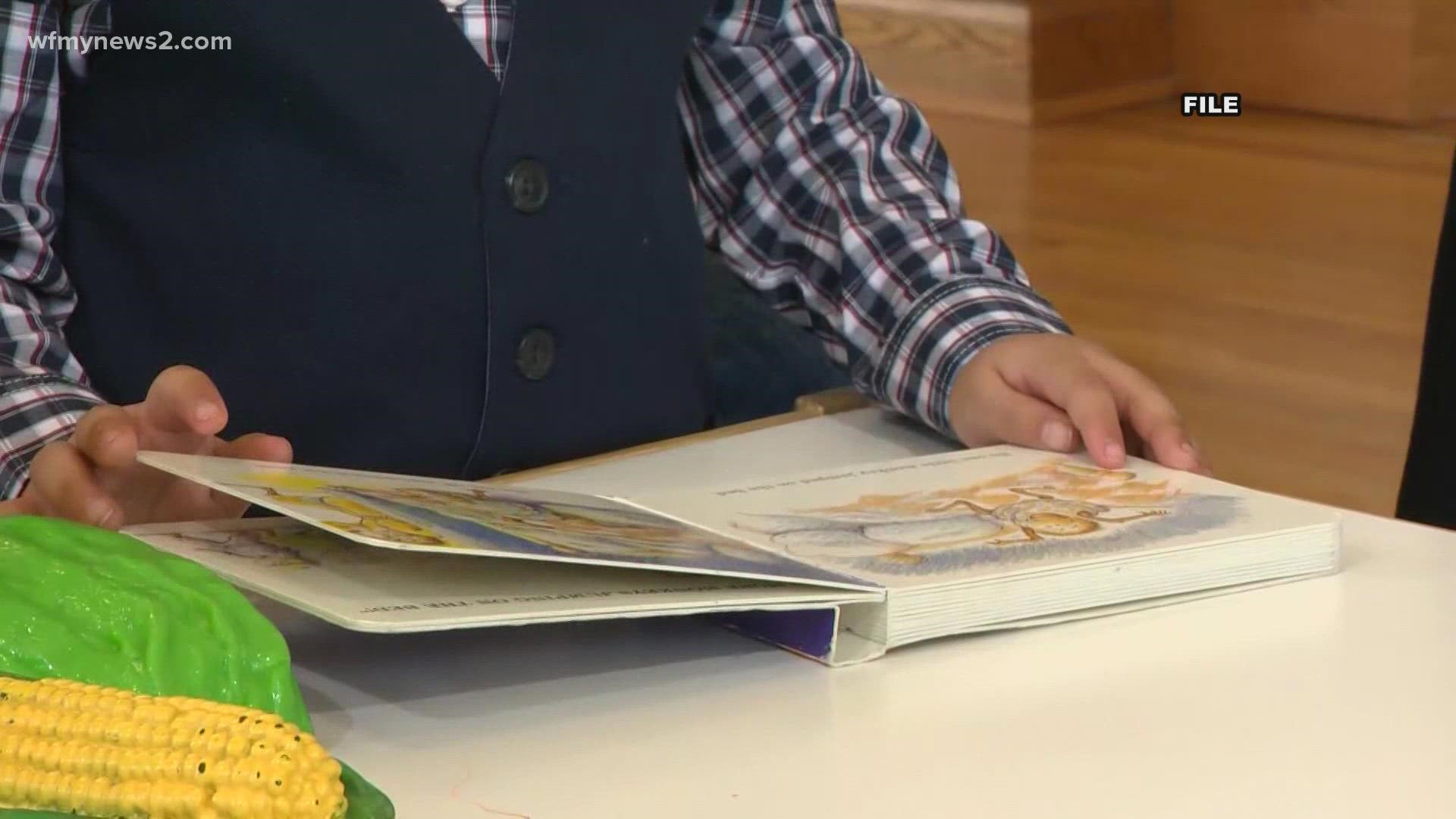