The lawsuit claims managers at 1618 Downtown allowed for a "sexually hostile work environment." 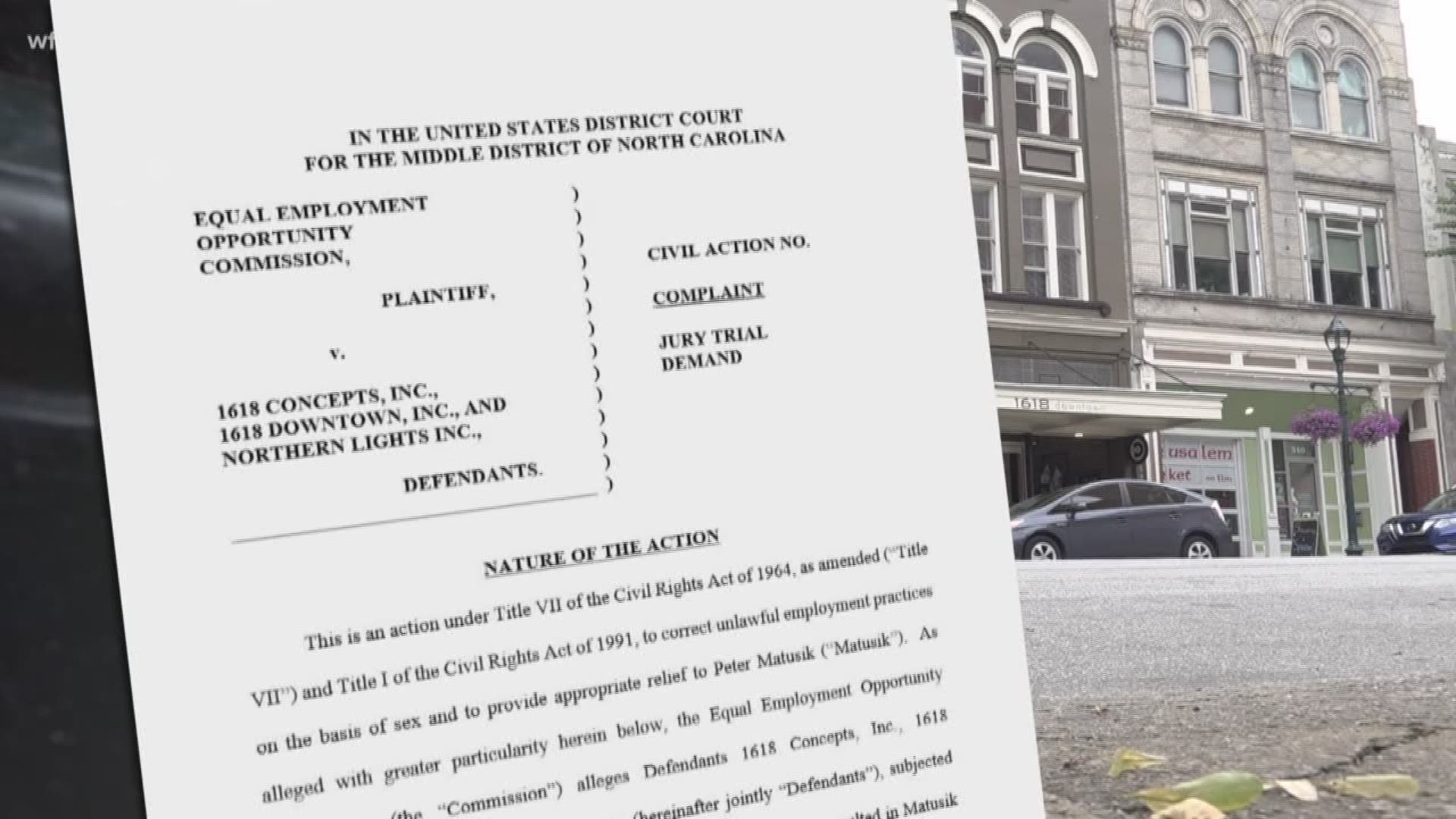 GREENSBORO, N.C. — A popular Greensboro restaurant is facing some serious sexual harassment accusations. A federal lawsuit was filed Tuesday against the group that runs the trio of 1618 restaurants. A former employee says he was repeatedly groped by a co-worker and management did nothing about it.

According to the suit, a former male dishwasher at 1618 Downtown was subjected to severe sexual conduct that he says created a hostile work environment. It was bad enough, he said he had to quit.

He claims a male co-worker groped him both under his clothes and over, and restrained him on multiple occasions, making implied sexual threats. In the lawsuit, the dishwasher says the harassment started in the fall of 2017.  The plaintiff says he complained to 1618 managers three different times - but they did nothing and the harassment continued.

The lawsuit states another co-worker actually witnessed the harassment and reported it, but it only made the situation worse. After a fourth complaint, the dishwasher says he told management he didn't feel safe at work, so they told him to find another job.

He never returned to work.

The victim's attorneys say actions by management were illegal, and the harassment created a sexually hostile work environment.

The former employee reported the claims to the Equal Employment Opportunity Commission. The suit states the EEOC tried to reach a settlement with the business but was unsuccessful. Now it says it wants a trial to make up for the dishwasher's emotional pain and suffering

We reached out to the owners of 1618 for comment. Co-owner Nick Wilson issued this statement:

'We have been cooperating with the EEOC prior to today regarding this claim, and we will continue to cooperate with them as this investigation follows the legal process.'

Count on us to keep you updated on this developing story.

Find out more on how to file an EEOC complaint here. The EEOC investigates cases of work place discrimination and harassment.