Council started talking about increasing security at bars and clubs in April. The NC Bar Owners Association wants changes too. So where is the new law? 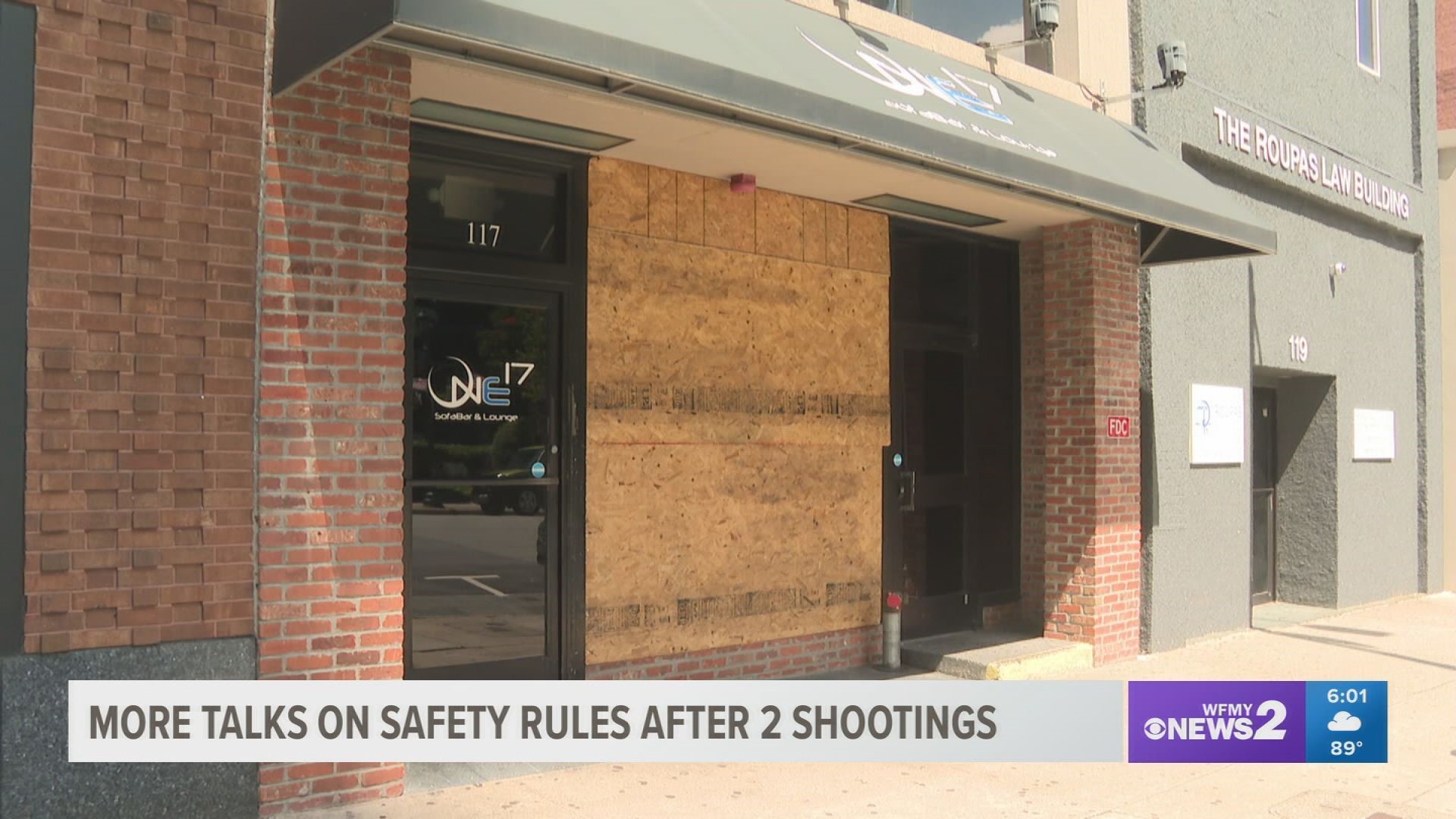 GREENSBORO, N.C. — Not one but two nightclub shootings in Greensboro over the weekend raised questions about what happened to the 'nightlife safety ordinance' city leaders wanted earlier this year. Council started talking about the idea in April, but months later it still hasn't passed. They haven't even voted on it.

One of 2 Wants To Know’s sources said the city held an emergency meeting Monday afternoon about the safety ordinance. So what's taking so long? Mayor Nancy Vaughan said this is the third time they've considered a nightlife safety ordinance. Before there were never enough votes on the council to get it passed. Now, they want to make sure the new rules are right and get the green light.

RELATED: 5 hurt, including a teen, in shootings at 2 Greensboro nightclubs: Police

"We're all alarmed as a council and a police department. It's something we're all very focused on," Vaughn said. "The first thing I do every morning is open my e-mail and look at what occurred the night before. Which is one reason I thought Greensboro needed a safety ordinance."

The North Carolina Bar Owners Association agrees. They sent a sample of a possible new ordinance over to the city and held a town hall on April 21.

“We said we would take public input, which we did,” Vaughan said. “We had two town hall meetings. Now we're working with staff to put a draft together. Hopefully, it will be done by the end of the week.”

The city will hold another town hall and Vaughn hopes the council will be able to vote on the ordinance by September. Councilwoman Marikay Abuzuaiter also said they need to do some more work before a safety ordinance will pass.

"If it has the right wording it in, and we have listened to all the stakeholders and everyone leaves that table happy, that it is something that everyone can live with,” she said. “I do worry about the small business owners who may have one incident happen on their property that they may have had no control whatsoever for. I do believe that will be looked at though."

In the meantime, Abuzuaiter said police need the public’s help catching the people doing these shootings. The mayor said GPD is stepping up patrols and bringing in the Alcohol Law Enforcement teams to help investigate whenever a problem occurs at a bar or nightclub.

News 2 also spoke with local business owners and several people in downtown Greensboro. They said they aren't scared, but do think safety needs to be more of a priority.

"You can't predict what happens, if you're living in fear you aren't living at all," Demetrio Irby said. "Just try to protect yourself as much as possible and keep your head on a swivel."

"There are people that are fearful because they are afraid of stray bullets and people should realize guns are nothing to play with," George Hodges said.

Meanwhile, some business owners like the owner of Cookee's Cafe said if the ordinance was to pass, she would have a few ideas.

"If I had a brick and mortar, especially a bar or club setting, I would definitely have signs that say no guns allowed or security with a metal detector," Cookee said.