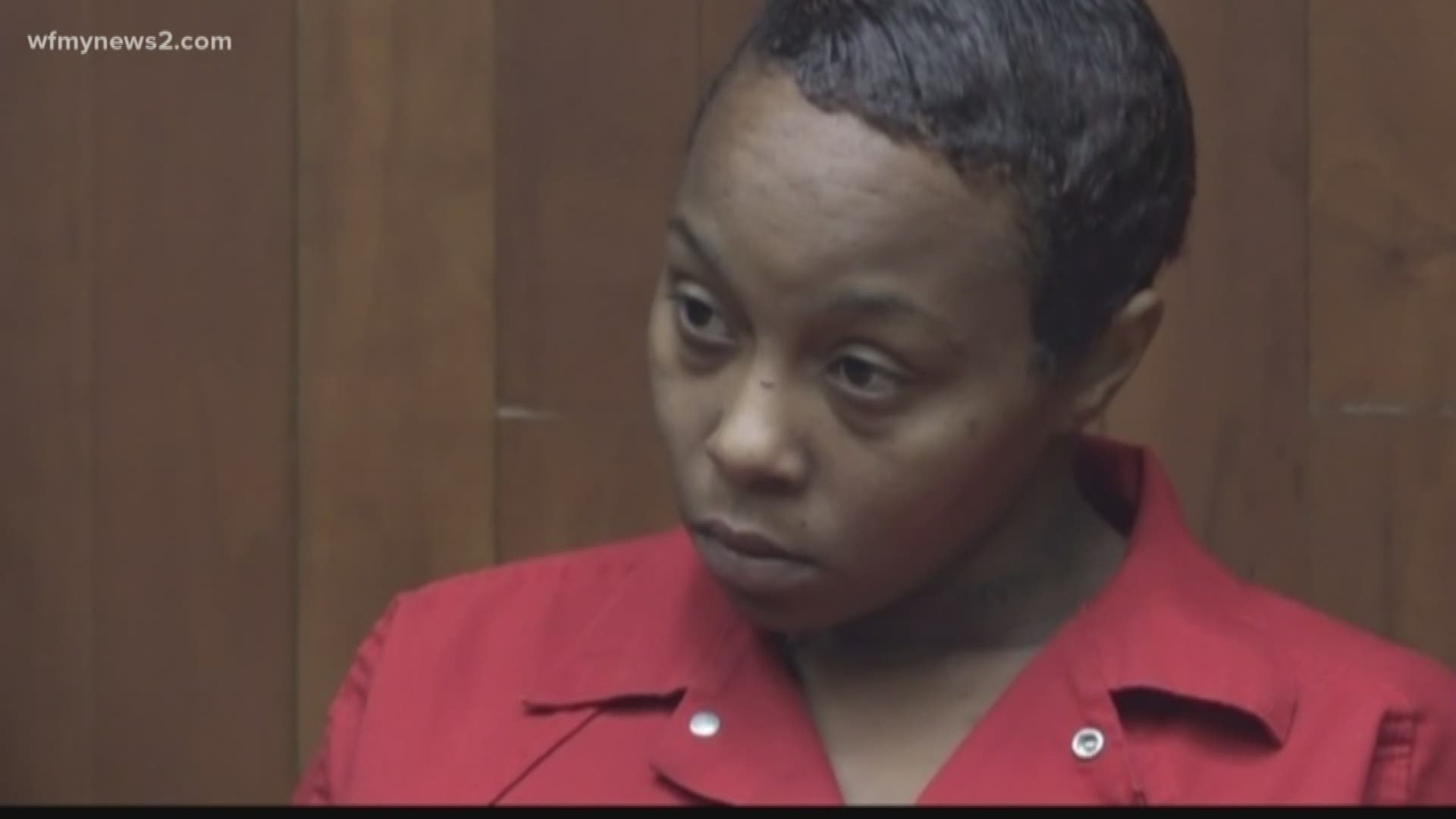 GREENSBORO, N.C. — Two women, accused of First-Degree Murder in an SUV attack that killed a Greensboro woman, appeared in court.

Police say Meranda Chantel Watlington, 28, was the one behind the wheel in the attack early Saturday morning outside a gas station on West Gate City Boulevard. That’s where several people were run over by an SUV. 30-year-old, Zanelle Tucker died as a result of the attack.

Five other victims were taken to the hospital for treatment. Police said three of the five have life-threatening injuries and two have non-critical injuries.

It was revealed in court, Watlington has also been charged with Driving While Impaired (DWI), Felony Death by Motor Vehicle, Felony Hit-and-Run, Driving While License Revoked, and Failure to Reduce Speed.

During Watlington’s first court hearing Monday, the victim’s father spoke to the court.

He said, “Why did she kill my daughter? That’s all. That’s all. What was the purpose? That’s it. She had two little kids too.”

She was unemotional while in court as the judge went over her charges. Watlington is being held in jail without bond.

Felton will also remain in jail without bond. She appeared in court on crutches. She was also emotional and crying as the judge read her charges aloud.

Felton also has 3 past convictions with mostly larceny charges.

Felton's mother, Paula Edmonson, told WFMY News 2 outside the courthouse that her daughter was not in the vehicle during the attack, even though she is the owner of the SUV.

A Greensboro Police spokesperson says it is believed she was in the vehicle and that she was charged because of her involvement in the incident.

Watlington and Felton will appear in court again on November 14, 2019.

In tears, members of the victim's family walked out of the courtroom and were led to the District Attorney's office.

Family and Friends gathered Monday night to hold a vigil for Tucker.