It's taking some coronavirus patients longer than most to recover and medical experts are calling them "long-haulers". 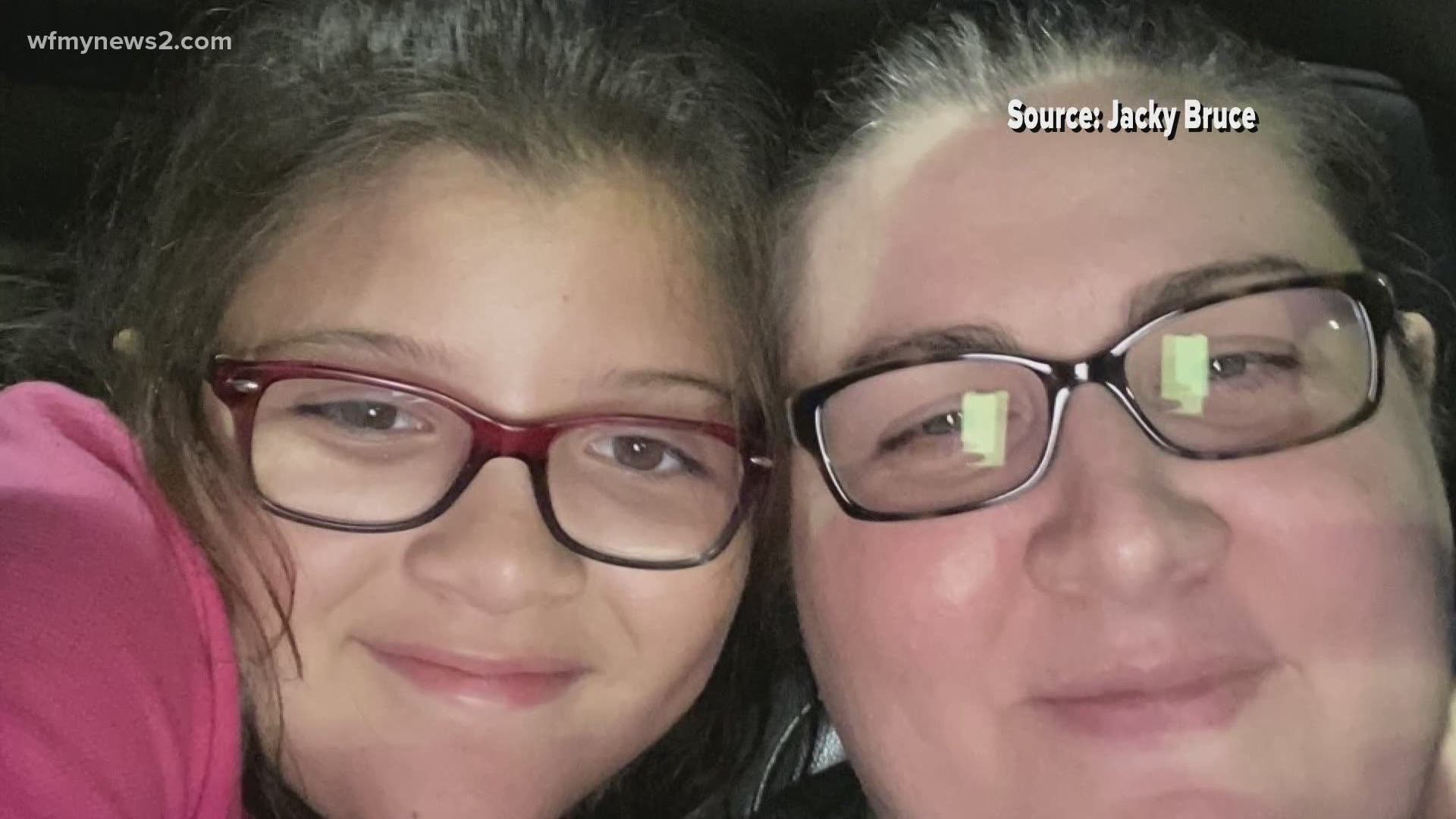 GREENSBORO, N.C. — As the pandemic continues, medical experts are seeing a trend among some coronavirus patients. Many recover in weeks but others are still feeling symptoms months after getting sick.

"I pray every day that I'm one step closer to the end of this nightmare," Jacky Bruce said.

Bruce started showing symptoms at the end of March. It took weeks for her test result to come back but when it did, it showed she was positive for coronavirus.

"I was completely down. I mean I wasn't able to get out of bed, I was out of work for three months," Bruce said.

At the end of April she went in for another test which came back negative. The mom of two was relieved and thought the results meant she would feel better soon, even if she didn't feel like it.

Five months later, she still can't seem to beat the cough, fatigue, brain fog and other symptoms plaguing her.

Walking to her kitchen, let alone doing chores like cooking and laundry, leave her breathless or in a coughing fit. She has her groceries delivered and calls on family members to run errands for her.

Her eldest daughter has had to take over cooking and cleaning because Bruce just doesn't have the energy for it.

She works from home and enrolled her daughters in one of Guilford County Schools' virtual academies.

"We've become a very tight-knit family but I feel bad for [my daughters] because they've been isolated as well," Bruce said, "They have come to me, especially my youngest and said 'mom I'm afraid you're gonna die."

For months, Bruce has felt alone as she's tried to fight the virus and the anxiety it's brought.

She said her doctors have tried multiple rounds of antibiotics and steroids among other treatments but she still feels just as sick.

"I can feel their frustration as well because I've been sick for so long and it's hard to try and help someone when there's nothing out there that tells you exactly how to treat this," Bruce said.

It's something doctors are starting to see among some coronavirus patients.

"There's this new group of patients we're monitoring that includes those who report what I would call lingering symptoms," Dr. Lawrence Nycum, the Chief Clinical Officer at Novant Health.

Nycum said some health experts are calling these patients "long-haulers" or "long-termers" and Bruce recently discovered she's one of them through Facebook group called Survivor Corps.

"I'm not alone. These people are going through the same thing and just as frustrated and isolated as I am," Bruce said.

She wants people to know the battle behind coronavirus statistics is one no one wants to fight.

RELATED: COVID-19 patient: 'I wouldn't wish this on my worst enemy'