Many residents said they've seen Keysha Davis, 37, throughout Greensboro, aggressively begging for cash and in the process threatening people. 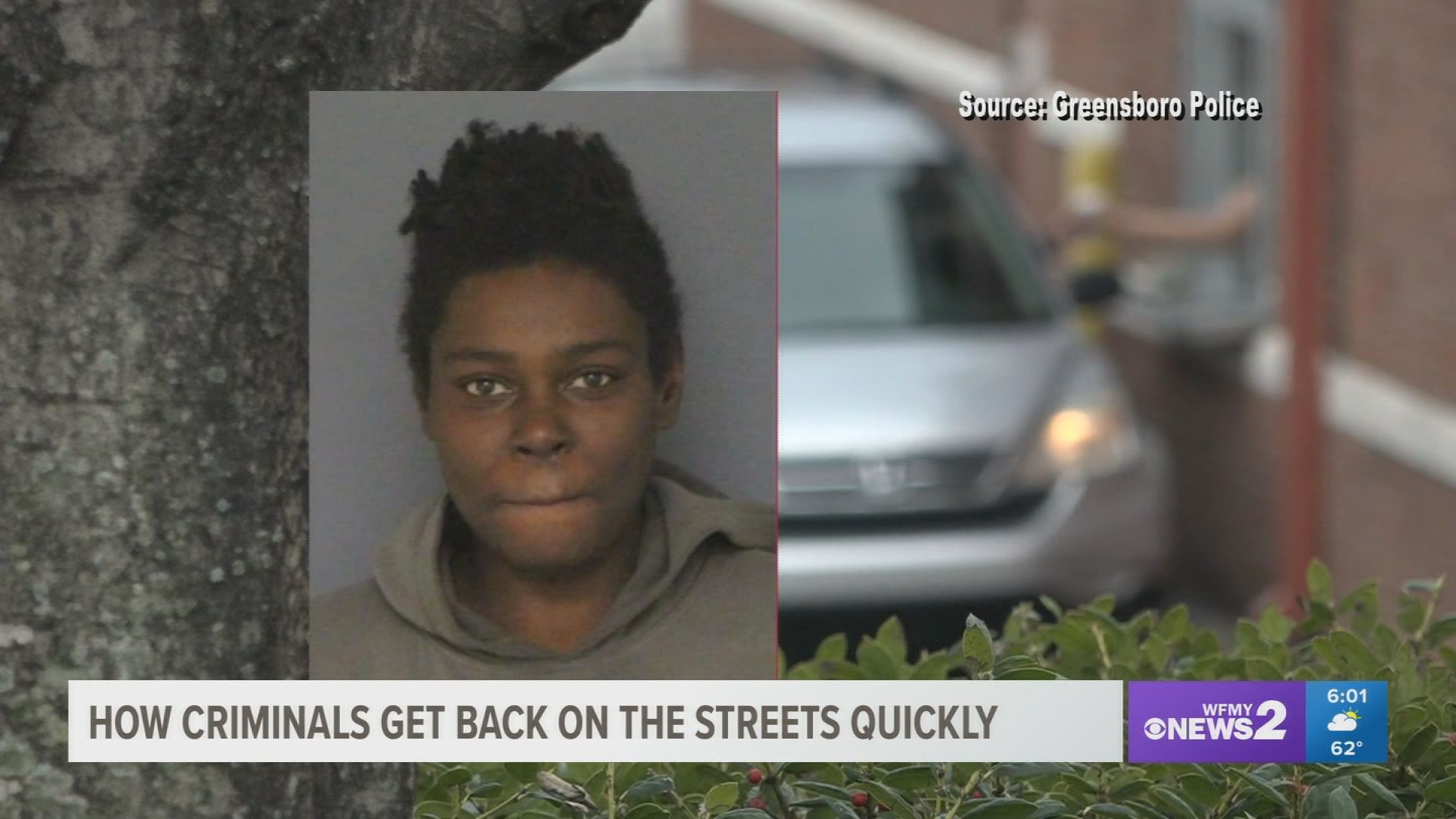 GREENSBORO, N.C. — Accused in two attacks on the elderly, 37-year-old Keysha Davis's criminal record spans two decades. Davis was most recently accused of an attack outside the Starbucks on Pisgah Church Rd. in Greensboro, Sunday. She faces simple assault, assault and battery charges in that incident.

Davis also faces charges of felony common law robbery after she was caught on surveillance video tricking a 92-year-old man into letting her into his home, and then beating and robbing him of $800, according to Greensboro police. The incident happened on December 12, 2019.

Many residents said they've seen Davis throughout Greensboro, aggressively begging for cash and in the process threatening people who wouldn't oblige her. They wondered why her past offenses haven't deterred her from committing more crimes and why she is able to be released from custody.

According to court documents, Davis has a long arrest record dating back to 1999 including assault with a deadly weapon, disorderly conduct, impeding traffic (sit/stand/lie), communicating threats, possession of drug paraphernalia, soliciting alms or begging for money, misdemeanor larceny and multiple second-degree trespassing charges.

Criminal defense attorney Locke Clifford says while Davis has a troubled past with the law, she is still presumed innocent until proven guilty by the court and sentenced by a judge, according to what the law stipulates for the charges.

"The fact that she's got the prior criminal records should not be, automatically, a factor that says well you're such a bad actor you're not getting out," said Locke Clifford of Clifford and Harris PLLC, Greensboro.

"The first thing that the judge wants to know is when she had these charges against her before, was she ever charged with FTA, failure to appear," said Clifford.

Court records showed Davis has always appeared for her scheduled court dates and had pleaded guilty to many of her charges. The documents do not state if her plea was entered to receive a lighter punishment. Some cases were also dismissed by the District Attorney's Office.

"It has to go through the system, just like every other case she's presumed to be innocent and she is entitled to her day in court and she will get one," he added.

Davis is due in court on March 3 and March 11 and has a court-appointed attorney. Clifford also said the court would also likely take into consideration the fact that Davis has now most recently targeted the elderly and her crimes have elevated to committing a felony.

"After she's gotten all this publicity, with her picture in the paper and all that, I think Keysha is going to finally catch on and say I've got to change because if I don't I will spend the rest of my life in prison," continued Clifford.

Clifford added that a judge will determine if Davis requires a mental evaluation which could keep her in custody longer and able to receive the help she would need if those circumstances applied to her.

Without such an order, and if Davis is able to meet bond requirements on charges for low-level offenses, the law would permit for Davis to be released.