The group gathered outside the Greensboro Police Department while chanting and holding Black Lives Matter signs. 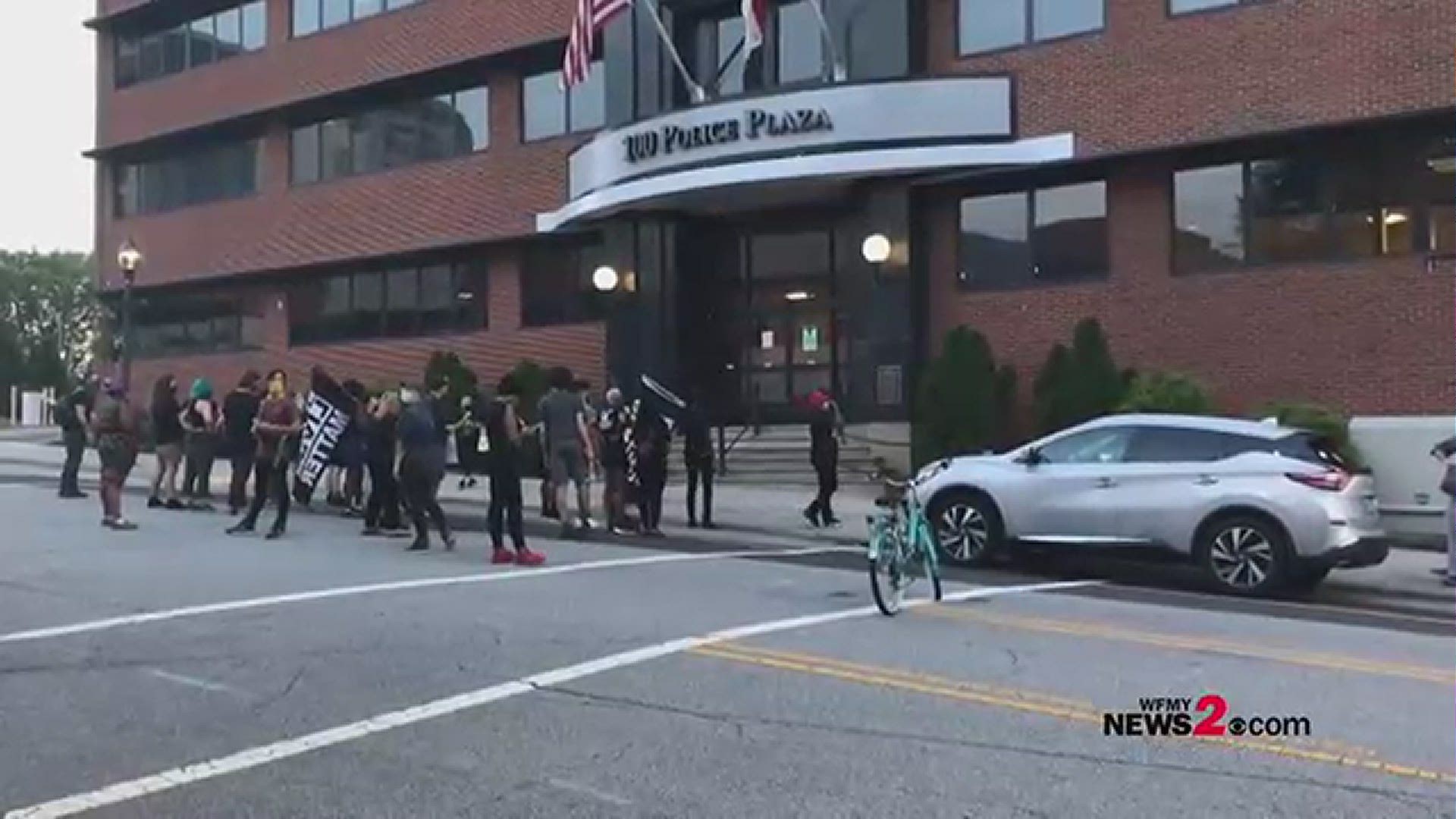 The group originally gathered in front of the International Civil Rights Center and Museum before also walking up and down Elm Street in Greensboro.

Protesters also occupied an intersection for the same amount of time a knee was held on George Floyd's neck during the demonstration.

The Greensboro protest was one of two protests including another one which was held in Winston-Salem.