The Guilford County Board of Commissioners agenda shows a request for millions of allocated funds to support raises for GCS bus drivers. 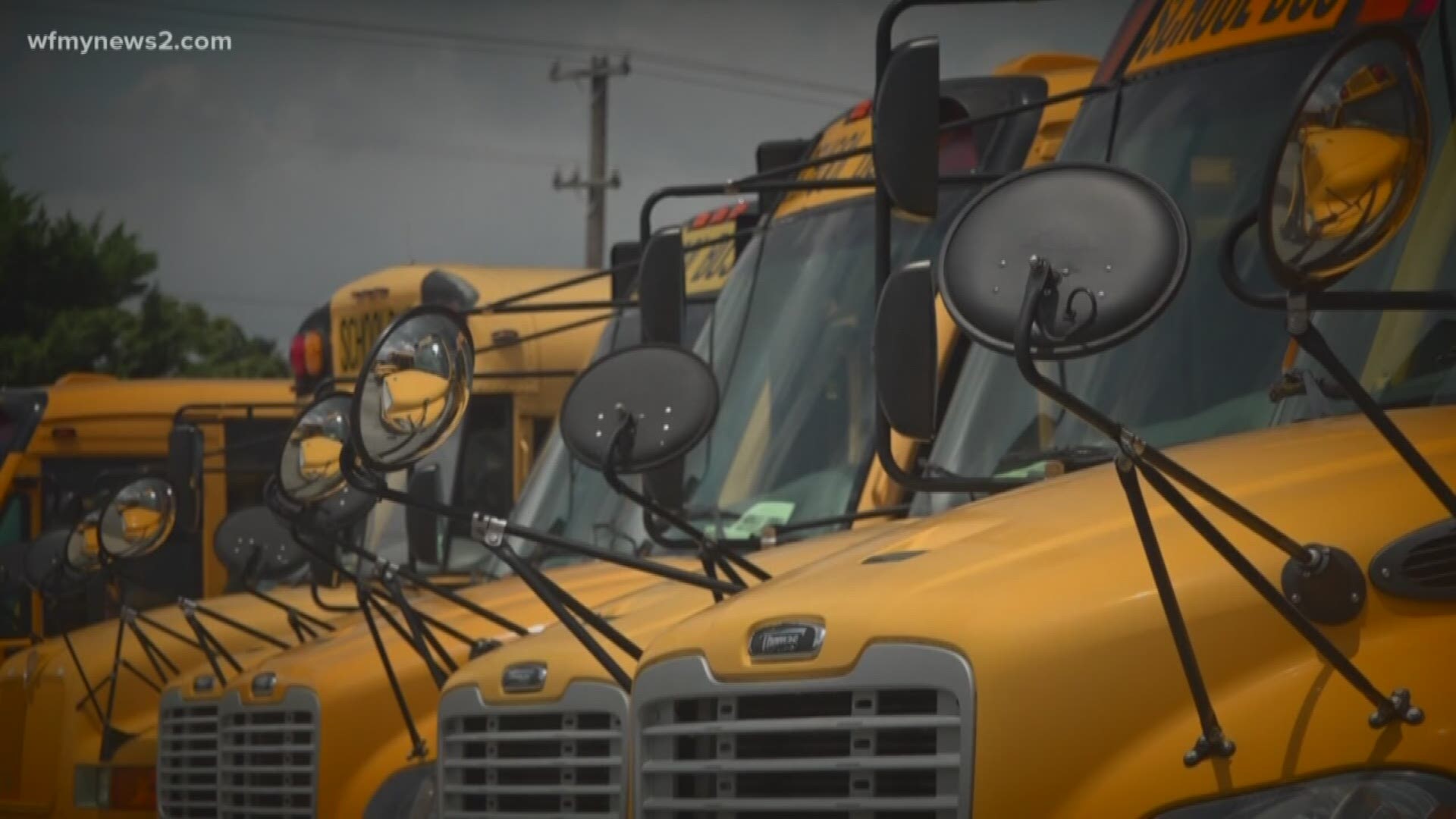 GUILFORD COUNTY, N.C. — The Guilford County Board of Commissioners has a meeting scheduled on Thursday, December 5.

One of the requested actions on the agenda is 'reallocation of unexpected funds.'

"My point is, if we have the money we can resolve those problems for the bus drivers who are the first adults our kids see every morning," Commissioner Alston said.

Where would the money come from?

Alston said he came up with the idea to take some unused funds, and put that toward drivers' raises. Alston said $8 million dollars was budgeted for new voting machines in Guilford County, but the venture was much cheaper than expected.

So much cheaper, in fact, there's still 5.8 million dollars left just sitting there.

"We have this 5.8 million dollars, the bus drivers need their funds, I’m asking for 1.3 million to go toward bus drivers and compression," Alston explained. "What that means is, those who are making less than $15 an hour we'd raise them to a minimum of $15 dollars an hour, and then those that are making a little more than $15 an hour would have to be compensated also because most of them have been with the system longer."

The raise would also apply to all county employees.

Alston said not all the commissioners are on board with the pay raise proposal, but he's meeting with them before the Thursday vote to negotiate.

"They cant say we don’t have the funds, it has already been budgeted into our current budget so why not use the money where its needed?"

This request for action comes following private meetings between school leaders, county commissioners, state leaders, and GCS bus drivers. The meetings were held in response to a planned bus driver 'walkout for wages.'

The walkout, which was supposed to take place on November 25 and November 26, never happened because a 'resolution was reached,' according to one bus driver Joshua Graham.

Last week, Graham said that resolution did not include a raise, but compensation in other forms like increased bonuses.