The Judicial Standards Commission opened an investigation into reports that Cummings allowed court documents to be falsified. 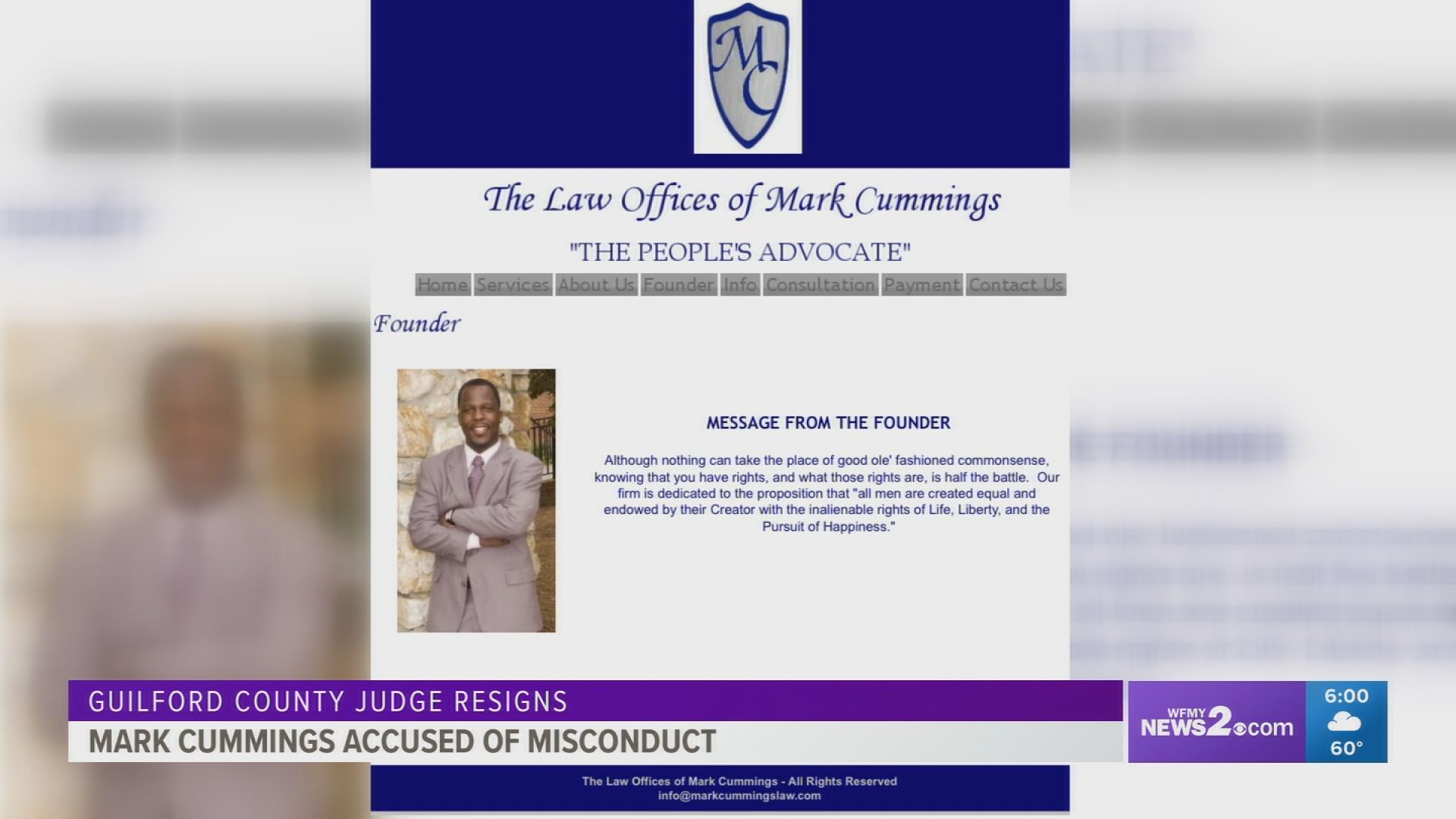 GREENSBORO, N.C. — Guilford County District Court Judge Mark Cummings has resigned and agreed to never run for a state judicial office again. This followed an order issued on October 10 by the Judicial Standards Commission but was made public last week. The order stated that Cummings must resign by December 20, 2019, in order to avoid delays to disciplinary proceedings.

The commission opened an investigation in September 2018 into reports Cummings allowed court documents to be falsified and forced prosecutors to dismiss charges, among other accusations including abuse of authority and making inappropriate public comments about other judicial officers.

In a letter, which Cummings submitted to Governor Roy Cooper on October 10 also, Cummings gave notice of his intent to effectively resign on December 20.

Cummings also wrote on his Facebook Page on December 31st that he is returning to private practice.

Mark Cummings
JUDGE CUMMINGS RETURNS TO PRIVATE PRACTICE My Fellow Citizens: Four years ago, I asked for your help, and indeed, your support to balance the scales of justice, positing that morality required us...

According to the documents requested by WFMY, Cummings denied all of the allegations through his counsel and proposed to offer evidence before the commission to answer questions.

RELATED: 'She's in good spirit' | Candidate for District Court Judge hit by a car, recovering at the hospital