"Note that we don’t have desks placed in front of air returns, so we don’t have concentrations of air coming over at student desks." 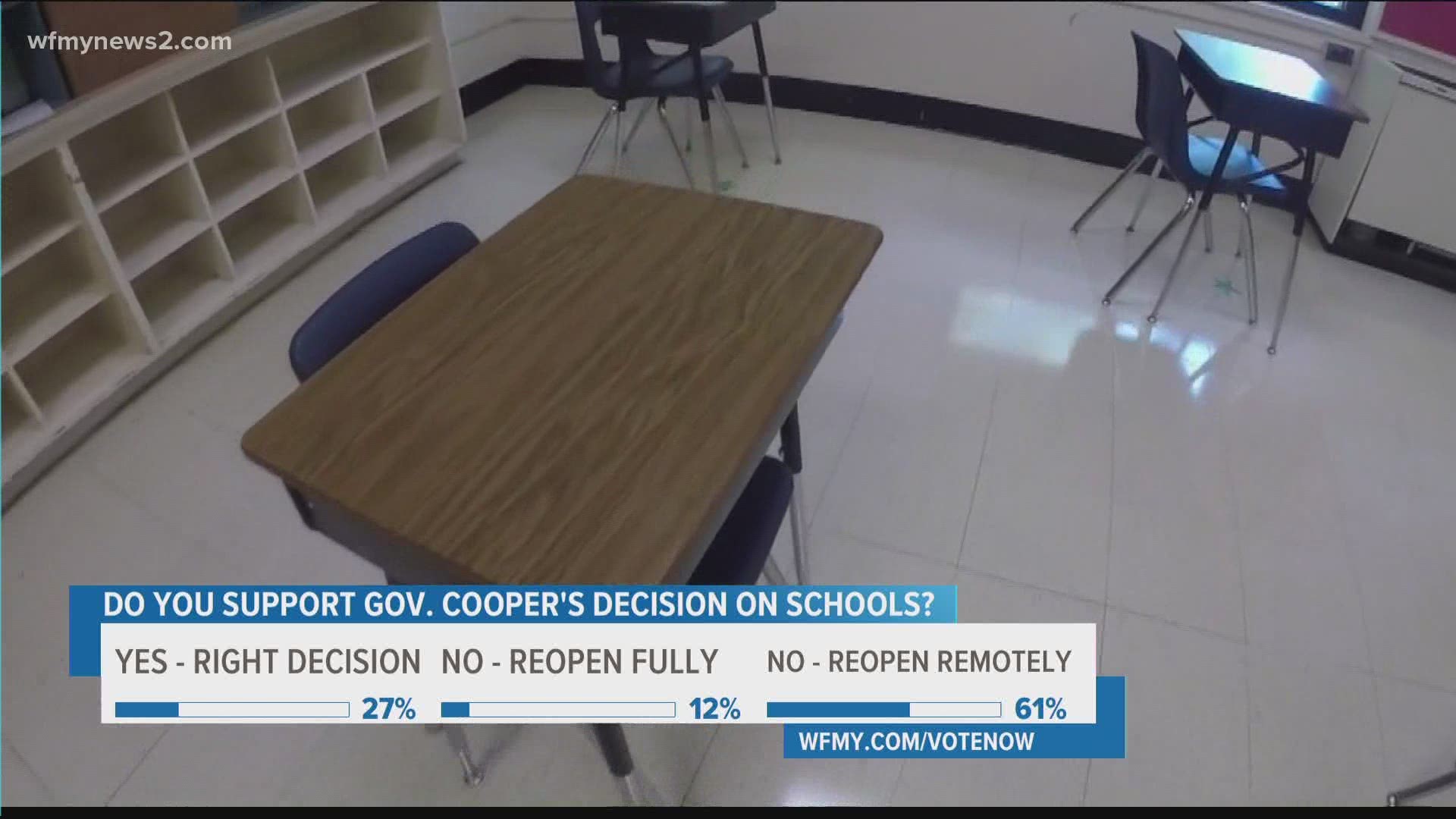 GUILFORD COUNTY, N.C. — With 116 buildings to renovate and re-imagine, Guilford County Schools has a month to prepare for newly-announced pandemic learning.

"There will be markings where the desk is supposed to be, markings in hallways, directional marking reminders to stay six feet apart," Chief Financial Officer Angie Henry said.

There will be plenty of new safety measures in place, including some partitions and spaced out rooms.

"Note that we don’t have desks placed in front of air returns, so we don’t have concentrations of air coming over at student desks."

Guilford County Schools will run at 50 percent occupancy of the entire building, per fire codes.

That means the number of kids allowed in a classroom won't be slashed in half.

For example, a third-grade classroom that normally seats 21, will now seat 16 with proper social distancing in practice.

There won’t be much intermingling between groups. Students stay in their classroom even for meals.

"We’re looking for warehouse space and we’ll need help moving it, clearing it out of schools."

Open spaces like gyms and auditoriums will be utilized for teaching.

"This is what it could look like if we need to use it for instructional space to, again, meet our goal of getting the greatest number of students in school for the greatest amount of time as safely as possible."

District leaders said they are facing many funding and advocacy challenges.

The district has not received funding on a local, state, or national level to implement a variety of changes.

Henry explained the district needs more teachers and custodians to make this work.

"We submitted our request to the County Commissioners, we need at least 52 more custodians which would be a cost of over $2 million dollars, but that’s setting a very minimum staffing model."

The logistics are still being worked out.

"We need more teachers in classrooms because they’re spread out now so that’s going to be a challenge for us as well."