The school board's decision could mean changes for in-person and virtual learning. 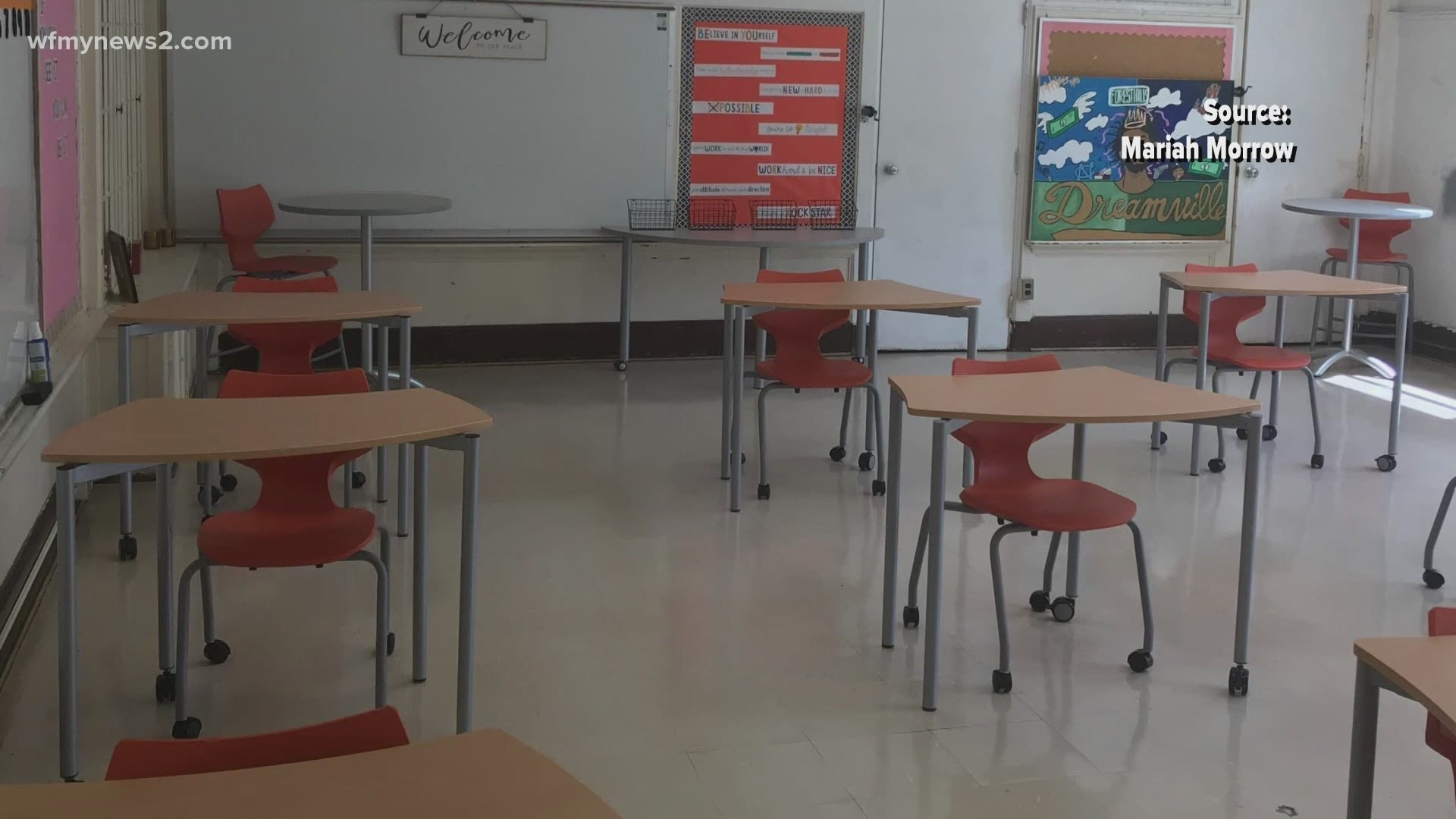 GREENSBORO, N.C. — Students and parents aren't the only ones who will have to adjust if Guilford County Schools return to the classroom next month under its re-entry plan.

A day after the Guilford County Board of Education voted on its decision, teachers were thinking about the changes they will have to make.

"To know that I have to stay at the front of my classroom while they are still on their laptops, everything that I knew once, it might not work anymore," Swann Middle School teacher Mariah Morrow said.

She's taught in an empty classroom since school started in August.

Elementary and middle students' return to could start October 20 but Morrow said many of her students are getting comfortable with virtual learning.

"It took us six weeks to get to where we're like, 'ok I think we got this' and now we have to learn something new all over again," Morrow said.

She thinks many of her students will choose to join the district's virtual academies instead.

It has caused an increase in our enrollment and I'm sure that that's going to be the case going forward," Guilford E-Learning University Prep teacher Michelle Jefferson said.

Students who do not wish to return to school must opt for one of the virtual academies by Monday at 5 p.m.

It would still mean big changes, like being assigned a new teacher. Jefferson said she is working to make sure that transition is as smooth as possible.

"We're putting together virtual tours, where we take videos and actually walk them through the site and help them with the tech so we can kind of avoid some of the issues we ran into starting out together," Jefferson said.

Morrow said she is already preparing to say goodbye to students who choose to join those academies after she spent weeks getting to know them.

"I can't even be mad at it, I really can't," Morrow said, "Parents are just having to weigh their options and do what's best for their family."

Ashley Frost is one of the parents thinking about that choice for her children in grades 6 and 8.

"I don't want to be stuck with that decision (virtual learning) if it is safe to go back. If my kids can safely return to school, that's what we want to happen," Frost said via Facebook Message.

She still worries about how safety guidelines will be enforced in the classroom but is leaning towards sending her kids back to school under the re-entry plan.

"I'm very, very concerned about my colleagues and my friends' children because they are having to go back and many of them have expressed to me that they aren't ready yet," Jefferson said.

Jefferson also put her young daughter into a virtual school and has been pleased with the experience.

She said she believes parents have enough information to make a decision on whether to join the virtual academies now that the district's re-entry plan is in place but it's more complicated than that.

"It doesn't make it any less difficult of a decision to make," Jefferson said.

The district's plan depends on several public health indicators including whether Guilford County's coronavirus percent positive rate stays under 5 percent for 14 days prior to reopening.

RELATED: 'A lot of uncertainty' | Guilford County Schools teachers return to campus ahead of the first day