'Why does everybody want a gun?' Firearm demand surges as shops, suppliers and sheriffs try to keep up

Guilford County issued 94% more pistol permits in 2020 than in 2019, and local sheriffs and gun shops suspect the pandemic, election and unrest fueled the surge. 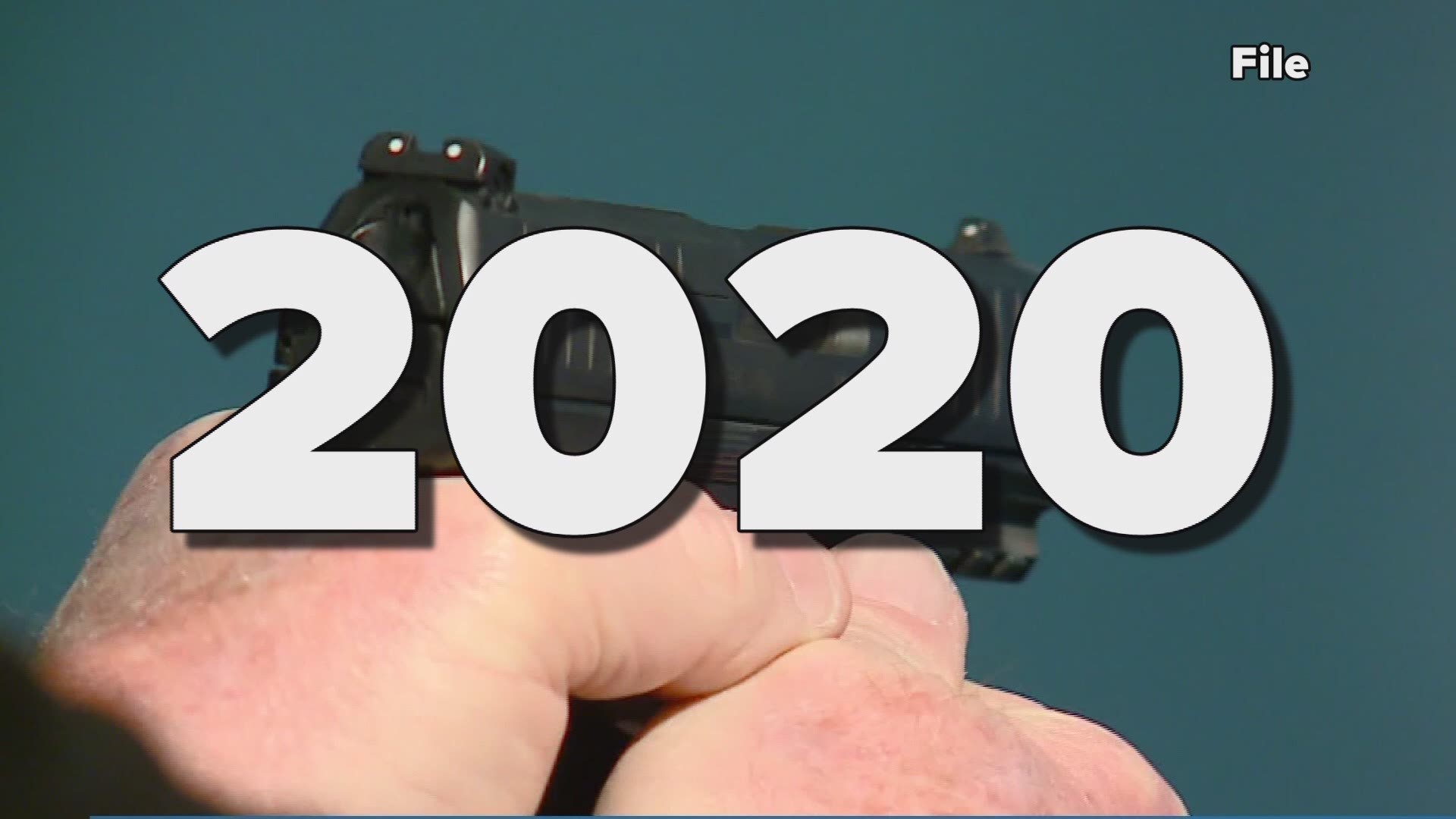 ASHEBORO, N.C. — As the COVID-19 pandemic packs a punch on all aspects of life, many Americans want to pack heat.

"We're getting people who come in saying they've never wanted to own a gun, they've never understood gun ownership, and now they are in the store buying guns, taking training classes," said NRA-certified instructor Sal Gutierrez.

Gutierrez works at East Coast Surplus and Tactical in Asheboro, NC and is familiar with the societal trends that typically drive the desire for guns. He suspects the election, unrest and pandemic were all motivating factors in this latest boom.

"We get shipments daily, and every day we go through at least half or more of what we've (gotten in). Sales are extremely high, and profits are up. The issue we have is can this continue? Can we keep getting supplied?"

He said the hot-ticket handguns are flying off shelves, and bullets are almost non-existent.

"The biggest problem right now is ammunition," he affirmed.

The supply is so strained, even Ruger -- which has a distribution center in Mayodan -- warns customers on its website of substantial manufacturing delays.

"When 2020 kicked in, it (gun demand) really soared. And, I'm like, 'Wow, why does everybody want a gun?'" reflected Guilford County Sheriff Danny Rogers.

He noted, though, he saw the writing on the wall.

"I don't really have an answer for it other than what I believe we've seen throughout our nation with how the climate has changed," Rogers said.

Nationwide, the FBI logged a nearly-40 percent jump in firearm background checks from 2019 to 2020, the highest year on record, by far

Seabolt said the pressure is on to process all the paperwork. His office hired existing retiree 'call-backs' and part-time employees to help, though part of processing the mental health wavers required for purchase permits relies on information from court records.

"Our courts are doing an excellent job in keeping up. If we have a delay., it's not due to our process. We want to do everything possible, so we can get that firearm -- that weapon -- into a law-abiding citizen's hands as quickly as possible," Seabolt noted.

The Guilford County Sheriff's Office is experiencing a demand so high, it's taking six to eight weeks after the court turns in the mental health release to issue a purchase permit, though per NC statute, a sheriff's office has to notify the applicant of the determination (yes or no) within 14 days. Rogers said issuing concealed carry permits are taking even longer, up to 120 days compared to the typical 90.

"It's a daily adjustment. We learn daily, and sometimes we adjust daily," Rogers said.

Every day, gun shops adjust, too, as sales surge, and demographics evolve.

"Nobody's missing out on this. We're getting new gun owners, female gun owners, first-time gun owners, a lot of people of all ages, too. I've had people in my concealed-carry class as old as 85," Gutierrez said.

Gutierrez now teaches every weekend, even starting a course for women only. He knows there is no price on personal safety, and nothing can 'unload' the alternative.

He said, "A lot of my classes are filled with new shooters. And, the most important thing I can stress to them is safety. They have to do this right. The consequences for doing this wrong are high." 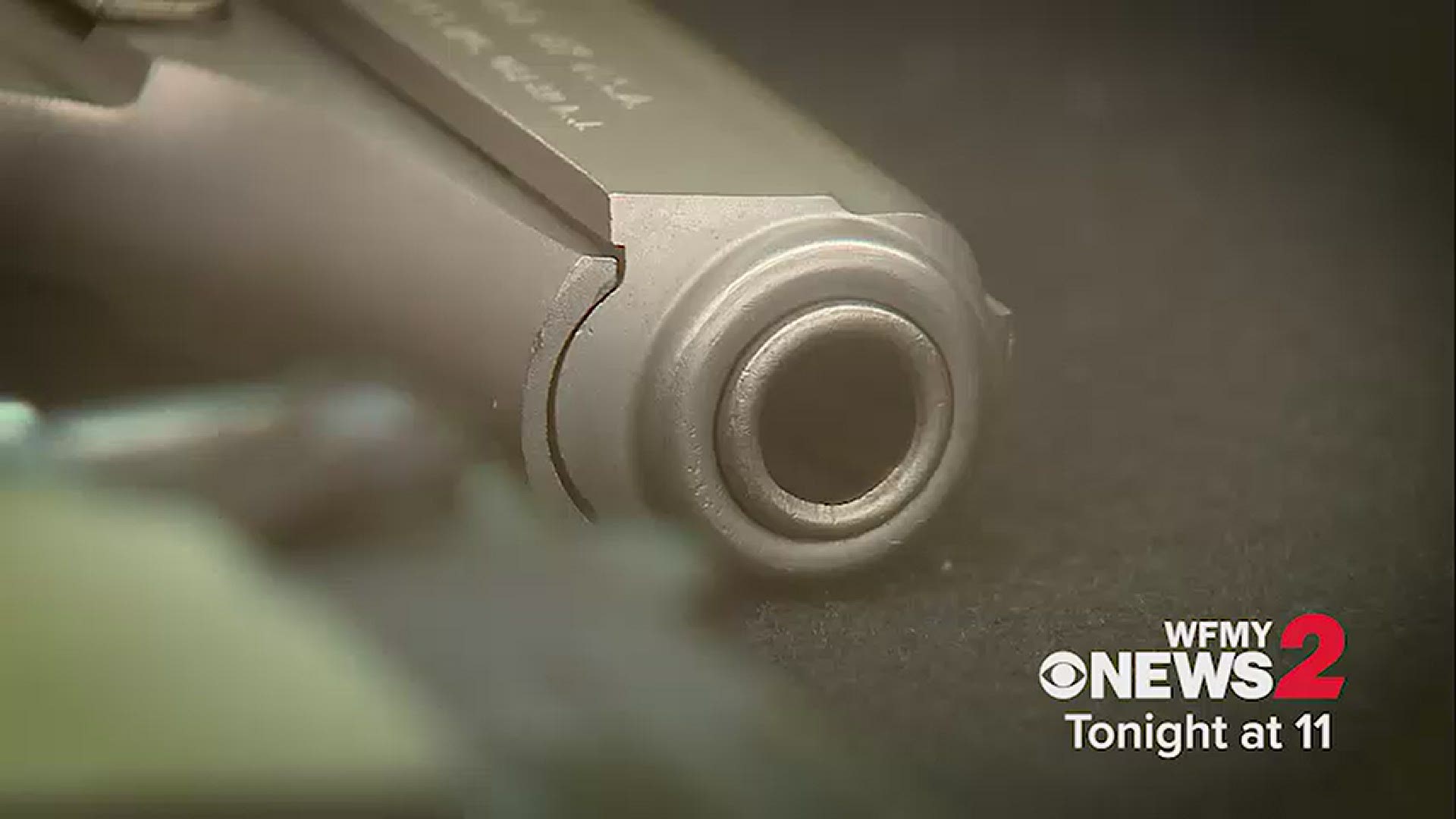