Harry Styles wears a dress for Vogue — and it's controversial

Conservative author Candace Owens said it's "the steady feminization of our men." 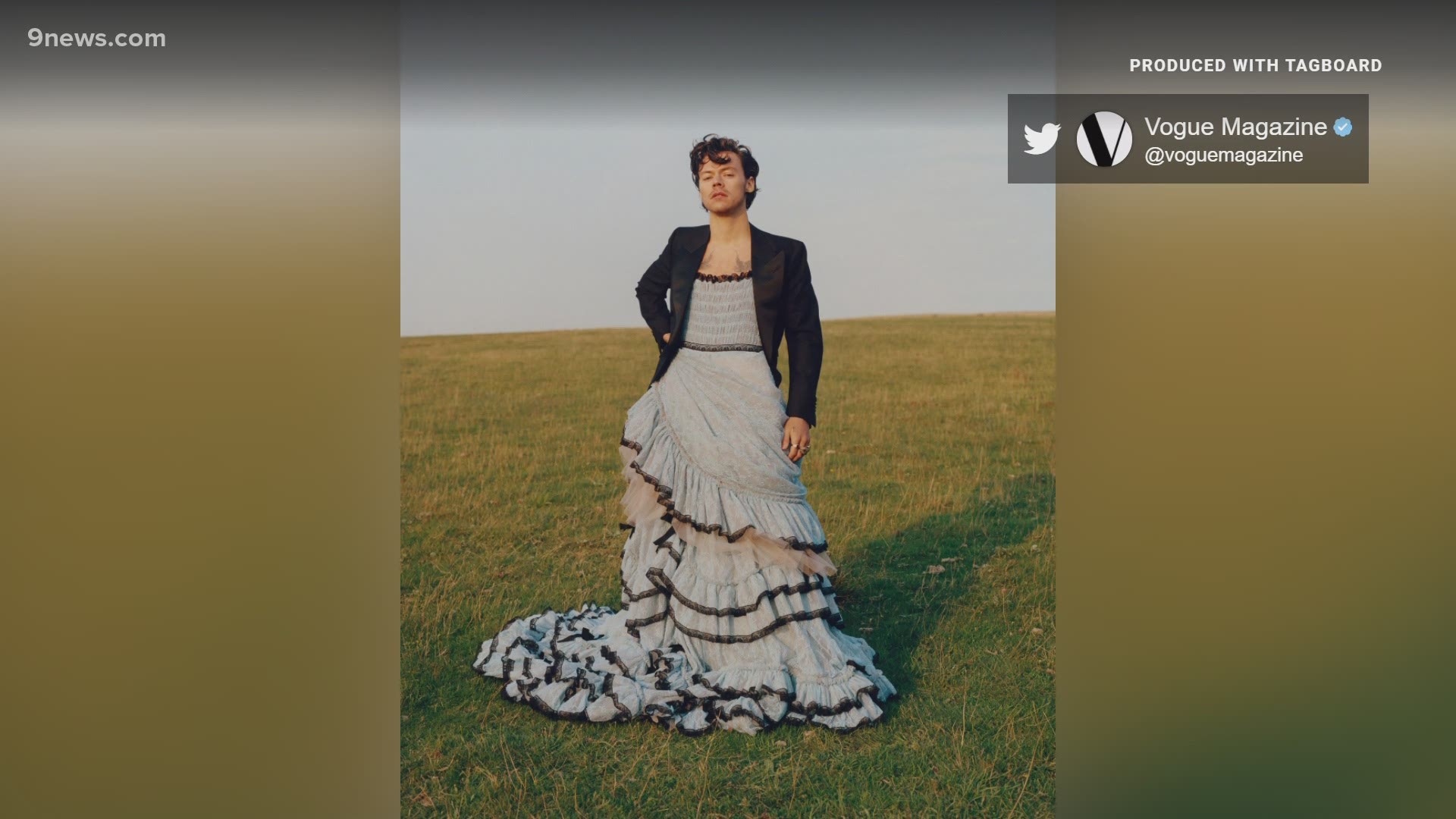 DENVER — Vogue Magazine this week announced that singer Harry Styles will be December's cover star, the first time the publication has featured a male solo cover since it was founded in 1892.

It's a title that comes with heavy criticism.

This issue of Vogue features Styles in what many consider traditionally-female attire: a ruffled evening gown, a plaid skirt and a big tutu, among other pieces.

Conservative author Candace Owens called this the "steady feminization of our men" and called to bring back "manly men".

i think you’ve missed the definition of what a man is. masculinity alone does not make a man

Other celebrities jumped to Styles and Vogue's defense.

Styles' fans were quick to bring up times in history where men wore gowns and heels.

Meanwhile men in the 1700s and enlightenment which lead to our time. If you think the clothing you wear completely defines you as weak or strong you need to check your premises. pic.twitter.com/kot7d1LgI0

The December cover is also causing backlash from LGBTQ activists, accusing him of queer-bating, a marketing technique that's used to hint at, but not depict, people in the LGBTQ  community.

Others said this cover should have gone to queer men who've been dressing like this for longer and who, unlike Styles, haven't gotten credit.

Like, he doesnt dress like this in real life, only around cameras, im tired of str8 men.

Still, Vogue's December issue is being celebrated worldwide as a trailblazing moment in fashion and culture.

RELATED: Post Malone will return to Pepsi Center in 2020