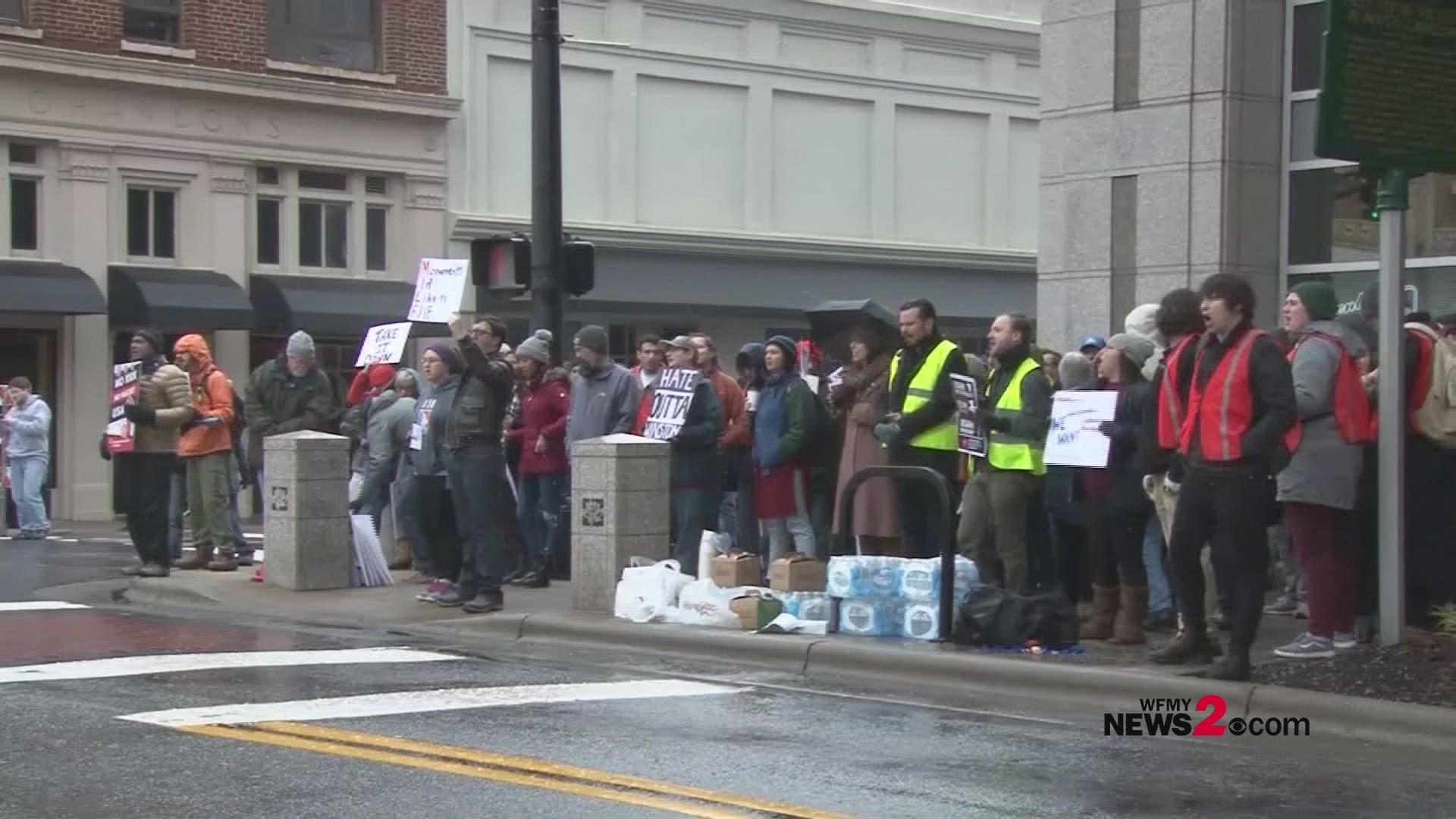 WINSTON-SALEM, N.C. — Another group is lending its voice in opposition of the confederate statue in downtown Winston-Salem.

The sizeable crowd didn't let the icy winter storm put a chill on their rally. The group 'Hate Out of Winston-Salem' showed up in numbers as did supporters.

The Winston-Salem Police Department announced last week, they would provide security. This was in additional to having to keep traffic out of areas hit hard from the storm.

Winston-Salem city leaders jump started the conversation right after the new year when a letter was sent to the United Daughters of the Confederacy ordering them to 'remove and relocate' the statue.

The city's order came shortly after the statue was vandalized for a second time.

The Daughters of the Confederacy fired back at the city leaders calling the order dishonorable.

Last week, the owner of the property also asked for the removal of the statue.