Cheri Reaves took to the Nextdoor app to warn her neighbors, after a bird attacked her long-haired Chihuahua last week. 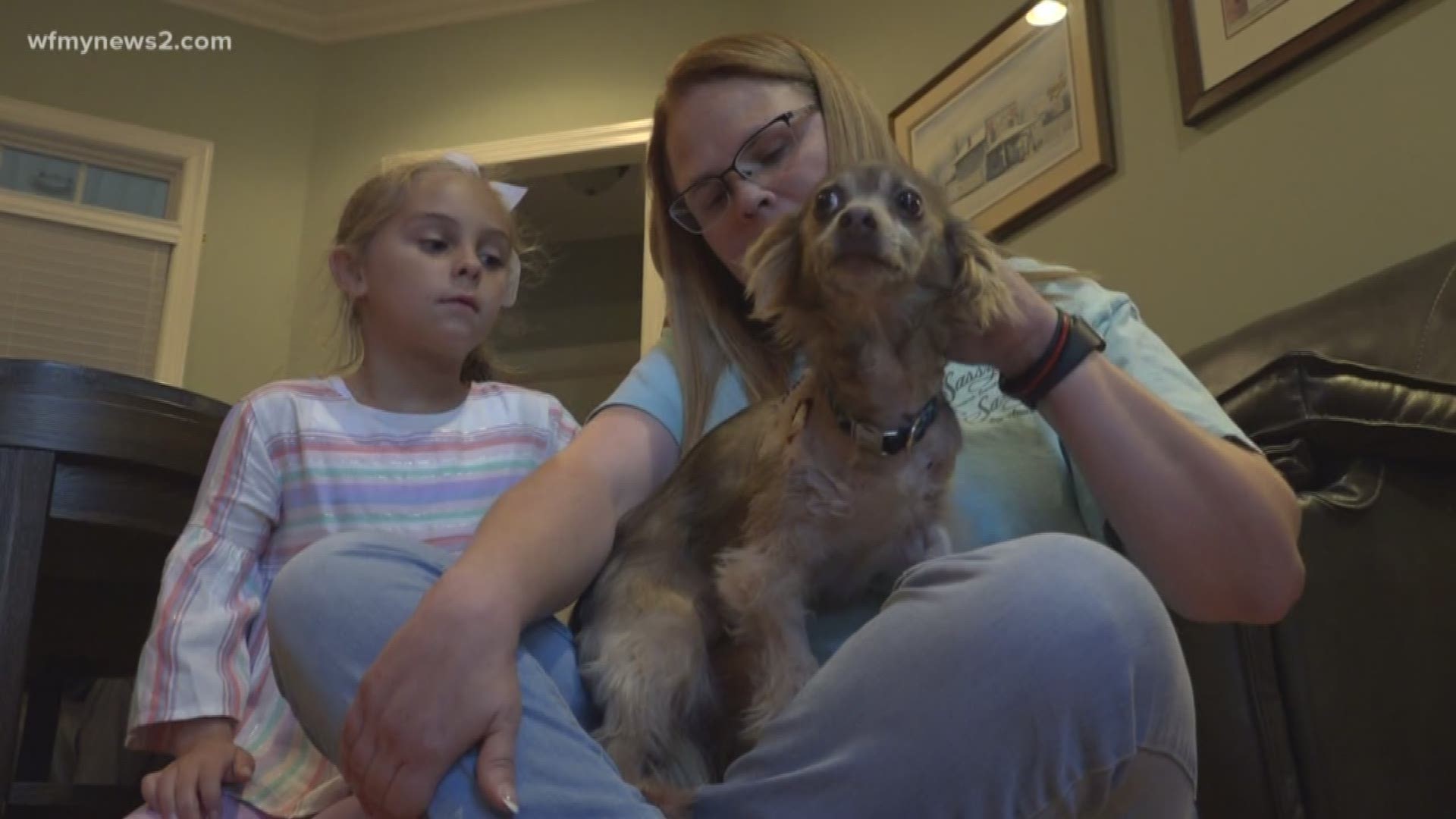 GUILFORD COUNTY, N.C. — A Guilford County family wants to warn others about a possible hawk attack.

Cheri Reaves says one of her dogs, a long-haired Chihuahua named 'Blue,' was attacked by a hawk in the family's backyard. Her family lives in a neighborhood near NC-150 and North Church Street.

She told WFMY News 2, the incident happened Wednesday around dusk. At first, after finding Blue, she thought her dog may have gotten caught in the fence which caused deep lacerations to his back and neck.

However, neighbors told Reaves they spotted a hawk circling the backyard. She took Blue to the veterinarian, where she was told a bird of prey got ahold of the dog based on the wounds. Luckily, she said, Blue was too heavy for the bird to snag.

"I think because he’s right over 10 pounds, and usually 10 pounds is the cut off they say for hawks," said Reaves, "I think he was just too heavy for them to pick up."

The 10-year-old dog has another surgery scheduled for Tuesday. Reaves says that's when the veterinarian will take out the drainage tube, and close up the wounds.

"He's a strong old man...stubborn. We always call him stubborn, we’ve always called him an old man," she said.

RELATED: 'Next Thing I Knew, I Feel Something Hitting My Side,': Man Fights Off Rabid Fox With A Hammer

RELATED: Admirers Of ‘Eno The Emu’ Wonder Why The Bird Wasn’t Left Alone