Rain caused flooding around the Triad on Friday afternoon. 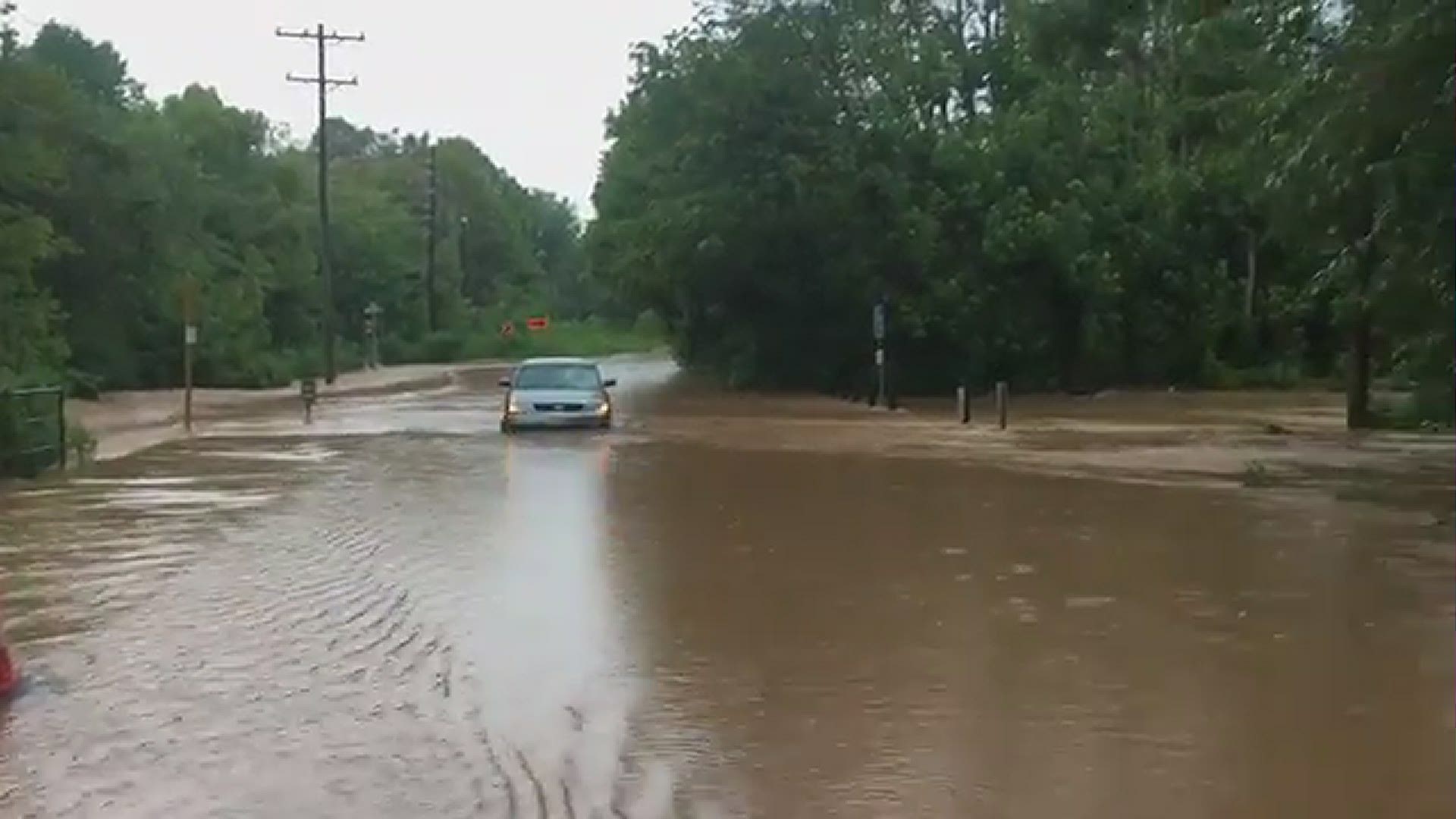 GREENSBORO, N.C. — Heavy rain brought serious flooding to the Triad Friday. Some of the areas impacted the most were Surry and Forsyth County.

A car became stranded due to flash flooding on Bethabara Road and Old Town Drive in Winston-Salem.

Earlier this afternoon a few pictures of flooding in Yadkinville pic.twitter.com/7alYYBQL2a

Some areas have received more than 5 inches of rain this week.

There's also a concern for flooding on Saturday. The greatest risk will be along north of the Triad. The Piedmont Triad could see slow-moving storms on and off through the day.