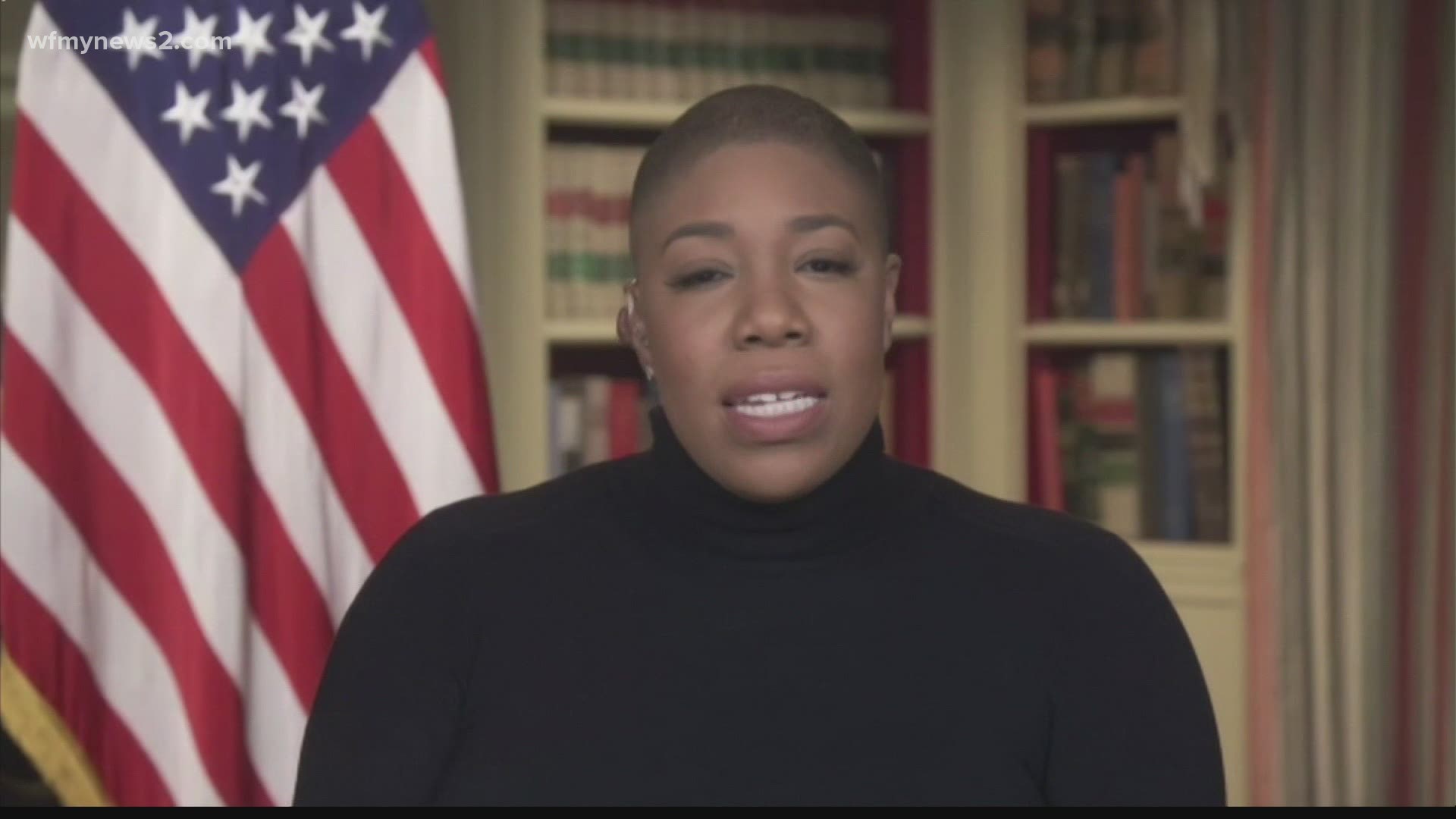 The White House is sending a message to Governor Roy Cooper and constituents -- "Help is on the way."

"Vaccines don't save lives. Vaccinations do. The goal is to get vaccinations into arms, and in places like North Carolina, we know the need is great. That's why the administration just increased North Carolina's vaccination dose by 5% this past week, and that is also why they (the administration) have made the commitment of getting 200 million more doses of the vaccine to communities across the country by this summer," Sanders explained.

Sanders also said two key steps are in the works: a federal partnership to open community health centers -- including facilities in Greensboro -- in the next three weeks -- and also passing the $1.9 trillion rescue plan through Congress. It preliminarily passed both chambers a week ago without a single Republican vote.

Right now, though, it appears the massive spending measure is on pause, as the Senate is in the middle of an even more controversial process -- an impeachment trial against former President Donald Trump.

"Well, look, Congress has a job to do, and the Senate is doing their business this week -- they're doing their job -- but we also believe they can 'walk and chew gum' at the same time. The relief the American people need is urgent. It cannot wait. But, as the President and Vice President have said over the past couple days, (and) you've heard this often -- we can't do too much here, but the danger is doing too little," Sanders emphasized.

Sanders affirmed Pres. Biden is in ongoing bipartisan to negotiate a cornerstone piece of the bill -- $1,400 stimulus checks -- which Republicans want targeted

"It is the President's view that the relief American families need is not a partisan issue," she said.

Neither is fairness in vaccine distribution, Sanders noted. Pres. Biden has tasked his Vice President with an awareness campaign on vaccine inequity, especially in minority and rural communities. That's why on Feb. 10. President Biden announced the formation of the 'COVID-19 Health Equity Task Force,' which was part of an executive order Pres. Biden signed on Jan. 21. The group's role will be to coordinate with states on how to get the vaccines to underserved communities and dispel mistrust about the science.

"This is what folks want. I believe people in North Carolina would like to get the vaccine, and we -- as the federal government -- have to do our part to make sure these vaccines are there and available," she said.

Sanders noted a tool by which Americans can find a vaccine provider or testing site nearest them -- Find a Health Center.