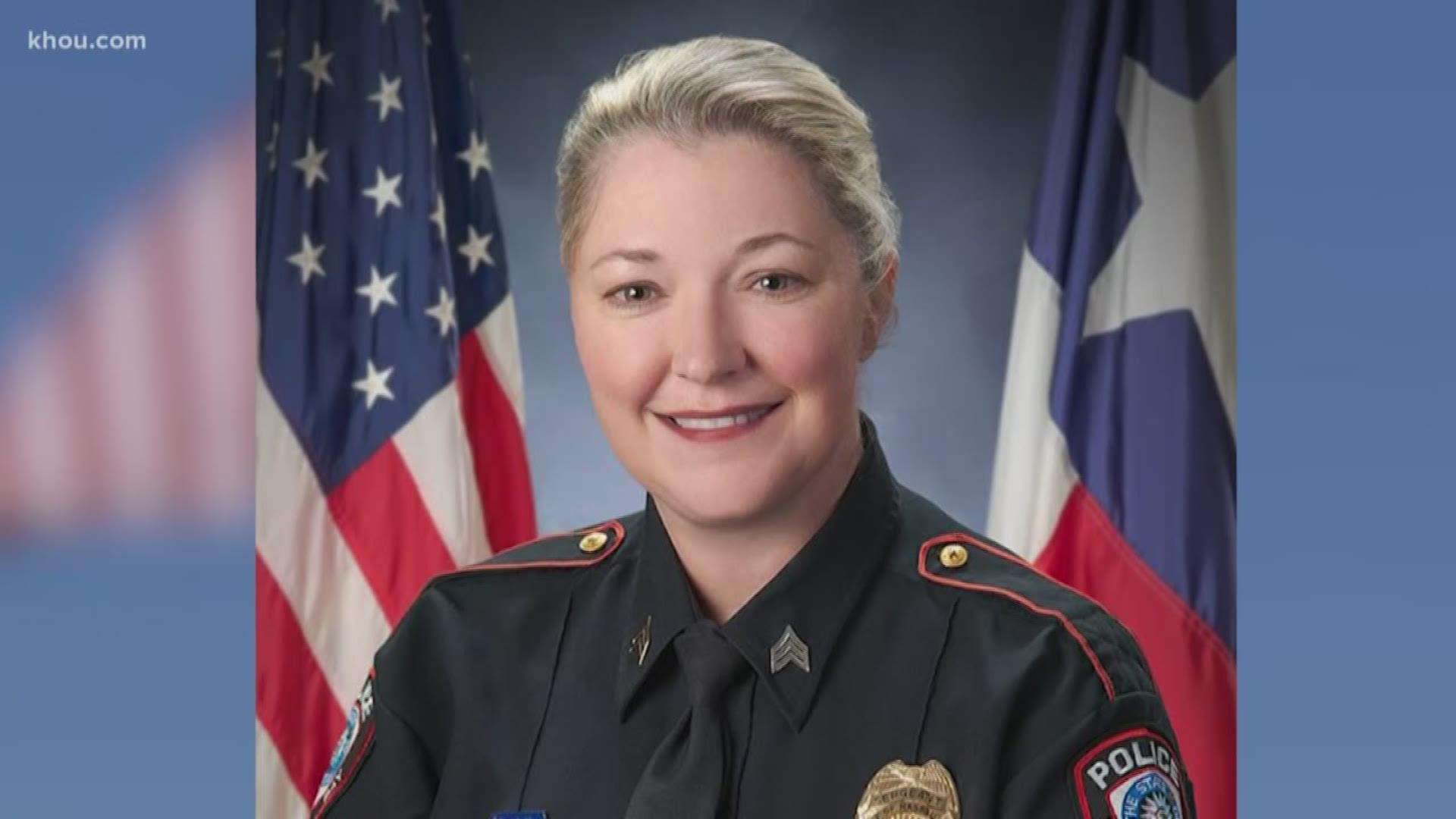 NASSAU BAY, Texas — Dozens are posting on social media, remembering their friend Sgt. Kaila Sullivan, a Nassau Bay police officer who was hit and killed by a suspect who escaped arrest and drove off Tuesday night.

Sgt. Sullivan was 43 years old and lived in Friendswood, Texas, according to the city. Dec. 27 would have been her 16th anniversary with the City of Nassau Bay Police Department.

“Kaila was a natural leader, both at work and in the MC community. She was wise beyond her years and we all wish we had more time with her. She is already sorely missed. We will honor her memory every day and know we all have another angel in Heaven watching over us,” members of the club’s Facebook page posted Wednesday morning.

“We’ve lost one of Nassau Bay’s finest. She was dearly loved,” Mayor Mark Denman said in a Facebook live Wednesday morning. “We will catch the suspect and have good assurances he is no longer in the area. When he is captured, we will make sure he is properly brought to justice."

"It’s sad when someone loses their life tragically and in a senseless way, and while doing their job. It breaks my heart," said Stacy Froeschner, who made the wreath with Sgt. Sullivan's name on it outside city hall.

"It’s a bittersweet moment to have the opportunity to make something beautiful for someone you know. It’s also very sad.”

Froeschner used to work as a city court administrator, and talked to Sullivan often about family.

The city set up two hotlines to accept the "numerous" donations they have been offered.

“She was a great person and an even better friend,” Larry “Bear” Garza wrote in a Facebook message. “She was a loving mother, wife, and an amazing friend.”

Garza said he is a part of the Sons of Liberty Riders Motorcycle Club and said Sullivan loved her career and was an advocate for motorcycle safety and awareness.

“Her smile was constant and her laugh was contagious,” he wrote. “She could light up a room with just being there.”

He said she would travel regularly to benefits that other MCs held.

“Our clubs are strong supporters of each other and often work together to put on fundraisers,” Garza wrote.

He said they plan to hold a commemorative ride in her honor.