Mom Kayla Jazmin has her one-year-old baby, Josea Petty, back safe in her arms. She recounts the sweet, tearful reunion in the hospital. 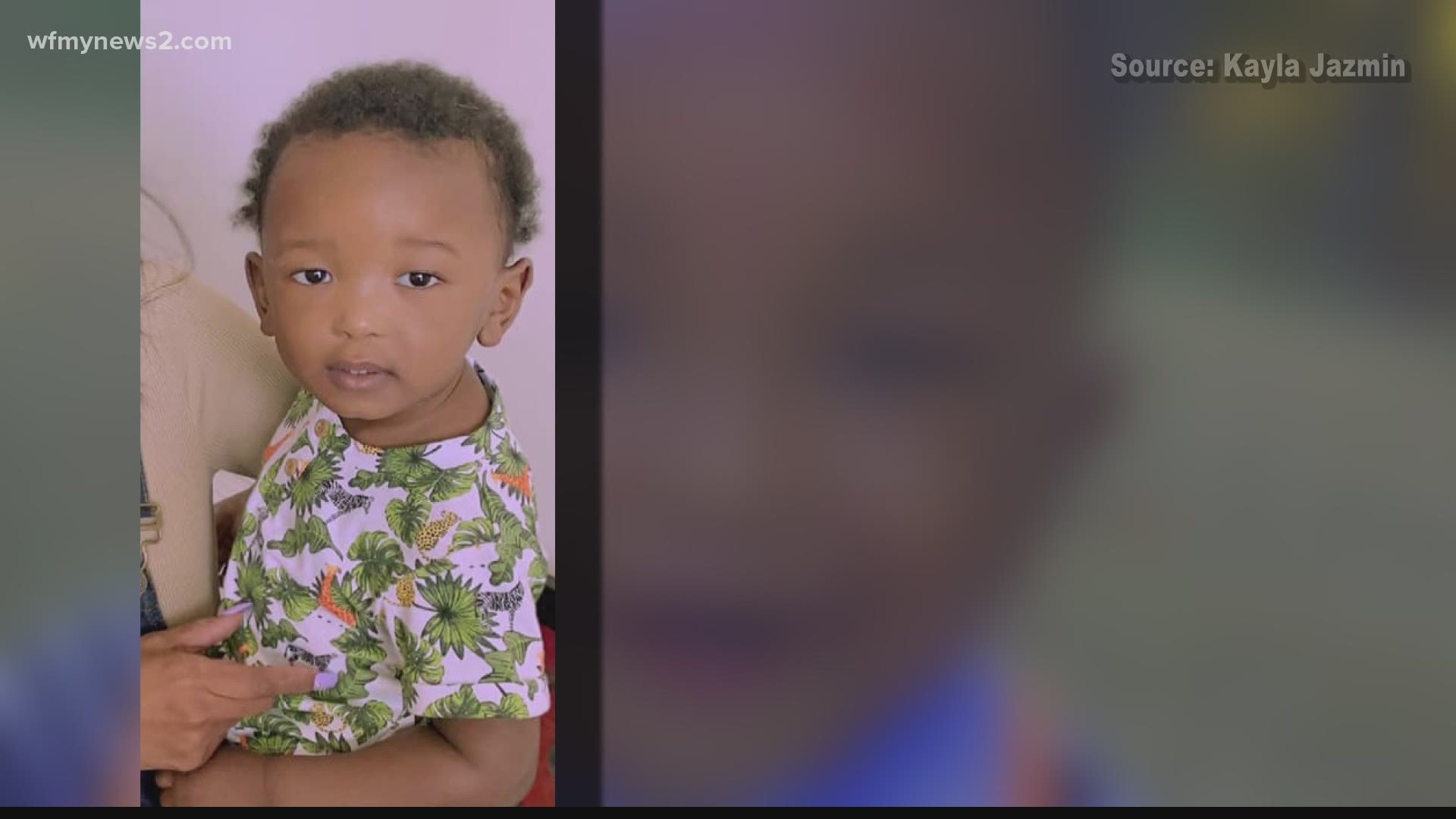 GREENSBORO, N.C. — Most abduction cases don't have happy endings, but this one does. That's why Kayla Jazmin is sharing her story.

"My baby is right here with me and it’s the biggest blessing ever," Jazmin said looking down at her son Josea Petty on her lap.

Greensboro police said one-year-old Josea was in his dad's car at a gas station on South Elm-Eugene Street this past Saturday when two men jumped in and sped off.

RELATED: Men who stole car with baby in backseat wanted in Greensboro

"It’s a parents worst nightmare to know your child is somewhere and you don’t know where, with two complete strangers," she said. "My heart was legitimately broken because I guard and love my baby with all that I have so I was just petrified to say the least."

Police found Josea seven hours later after being left on the front steps of a stranger's home, still in his car seat.

"He was found at 7:30 a.m.," Jazmin explained. He was first reported missing around midnight. "He was outside in the cold for hours, I think it was one of the coldest nights we’ve had so I know he didn’t sleep, I know he was scared."

Jazmin said words cannot express how thankful she is that the homeowners called 911 and helped her baby.

"I want to thank them so much. I am so appreciative because as soon as they saw him they immediately called law enforcement and we were on it. They are always in my prayers for the rest of my life."

As for the two men who took her baby, she had this to say:

"I would say to them to make smarter choices and smarter decisions especially as young people because it's our generation who is set to change the world for the better and we always make mistakes but what you do does follow you."

She added that she's thankful the suspects dropped her baby off at a home.

Jazmin recalls the moment she reunited with Josea at the hospital after the overnight ordeal. He was undergoing a wellness check.

"He was OK, unharmed, he didn’t have drugs in his system or anything like that," she stated. "Soon as I walked in the hospital room he was asleep and then I think he felt my presence because he immediately woke up and he was like 'mom!' and I was like 'it's me!'"

She said she started hugging and kissing him immediately.

"I think I've been doing that immensely more since this weekend has passed."

Many on social media have questioned why the car was running with baby Josea in the back seat at a gas station. Jazmin was not there, Josea's dad was watching him that weekend and was inside the store when it happened.

"I know we all make mistakes, there’s no rule book to parenting," Jazmin said. "But on Saturday my child was left unattended in a car with the car on, keys in the ignition, doors unlocked and that was simply a careless mistake. Josea loves his dad I have love for his dad since we have a child together. But this is about the baby, the simple fact he was found safe and we still have our baby today."

Meet this little cutie Josea!! The 1-year-old was abducted over the weekend in Greensboro, and thankfully found safe on a stranger’s doorstep hours later. Hear from the mom on @WFMY at 5&6! pic.twitter.com/pRR3kNX0P0

Jazmin went on to thank law enforcement for their help, and the community for all the prayers.

"He’s here and if it wasn’t for the help of everyone, like it takes team work and this weekend showed that when everyone comes together for the greater good there's something that can come out of it."