With news that KJ Garrett's father only had days to live, a community came together organizing the last game he will see his son play. 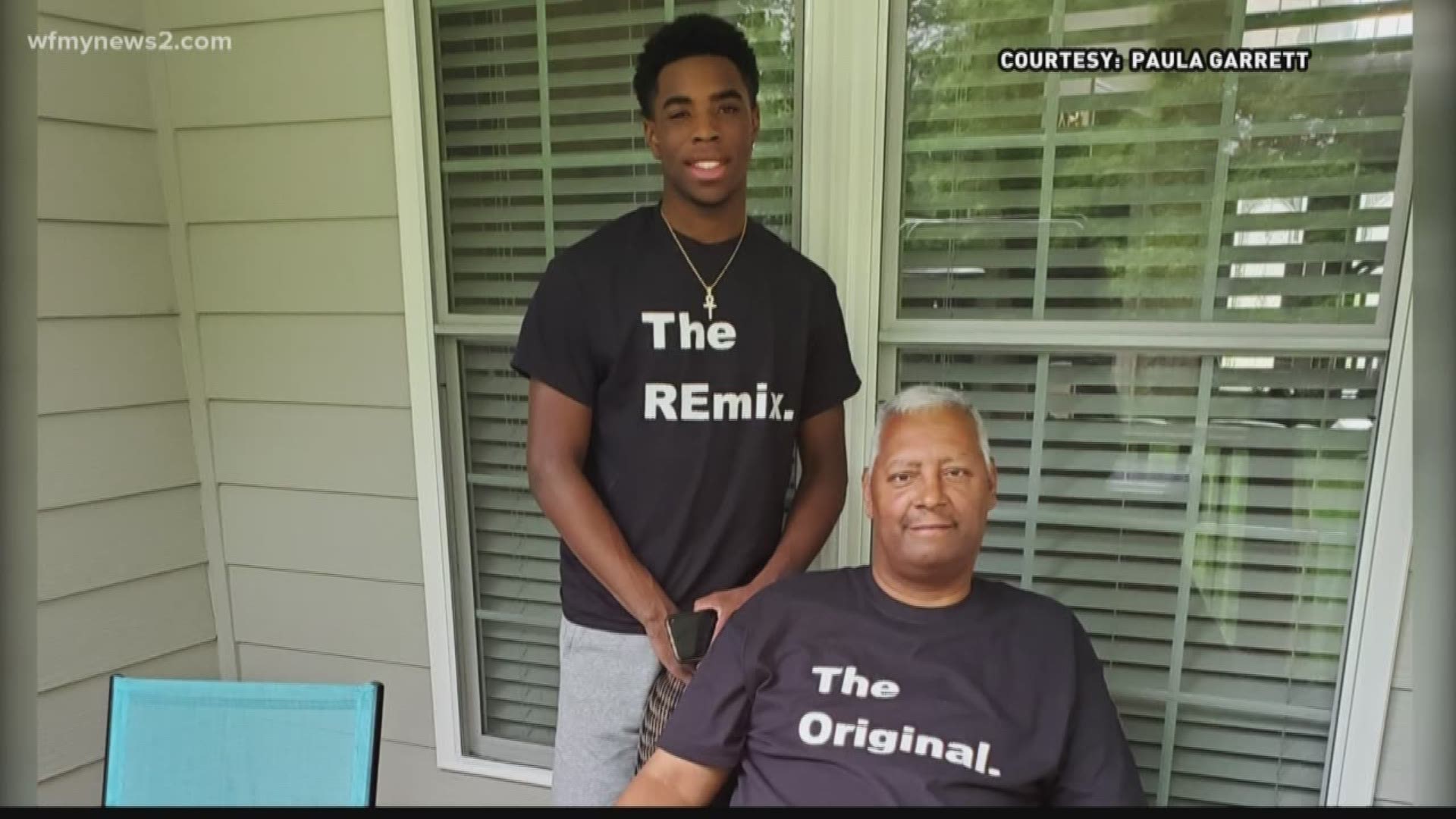 HIGH POINT, N.C. — Nearly two weeks before the official first game of the season, the High Point Christian Cougars took to the basketball court - arguably playing their most important game of the year.

Over the weekend, doctors told point guard KJ Garrett and his family that his father, Kevin, didn't have much time left. He's been battling a rare form of cancer for five years, but recently, he's taken a turn for the worse.

"When we got the news, KJ said, 'Mom, does this mean that my dad will never see me play again?'" said Paula Garrett.

"I didn’t have the words. I left the room and I had my little breakdown but, one of my friends said, 'what if we put together a game?'"

They didn't have much time but in just a few days High Point Christian organized a scrimmage with Caldwell Academy.

On Monday night, even though officials didn't keep score, KJ kept his focus on playing the game with all his heart.

"He told me yesterday that he will always be here even when he's not," KJ said, "He's in my heart, up there watching, always going to be here."

However, with the power of a live stream, Kevin Garrett watched his son play from his hospital bed.

"This means a lot actually. This will be the last time my dad will ever see me play," KJ said, "I wanted to be sure to put on a show for him."

Coming off the court at the end of the 4th period, facing the battle ahead, the Garretts now know, whatever happens next - they aren't alone.

"My husband told my son, that he was very proud of him," Paula said, turning to her son, "And that he’s always trying to be here for you, and to support you and that he loves you. When you’re faced with adversity, which we know is going to come, remember how we battled through this."