Cone Health and Forsyth County Health Department answer the top questions from people in need of a COVID-19 vaccine. 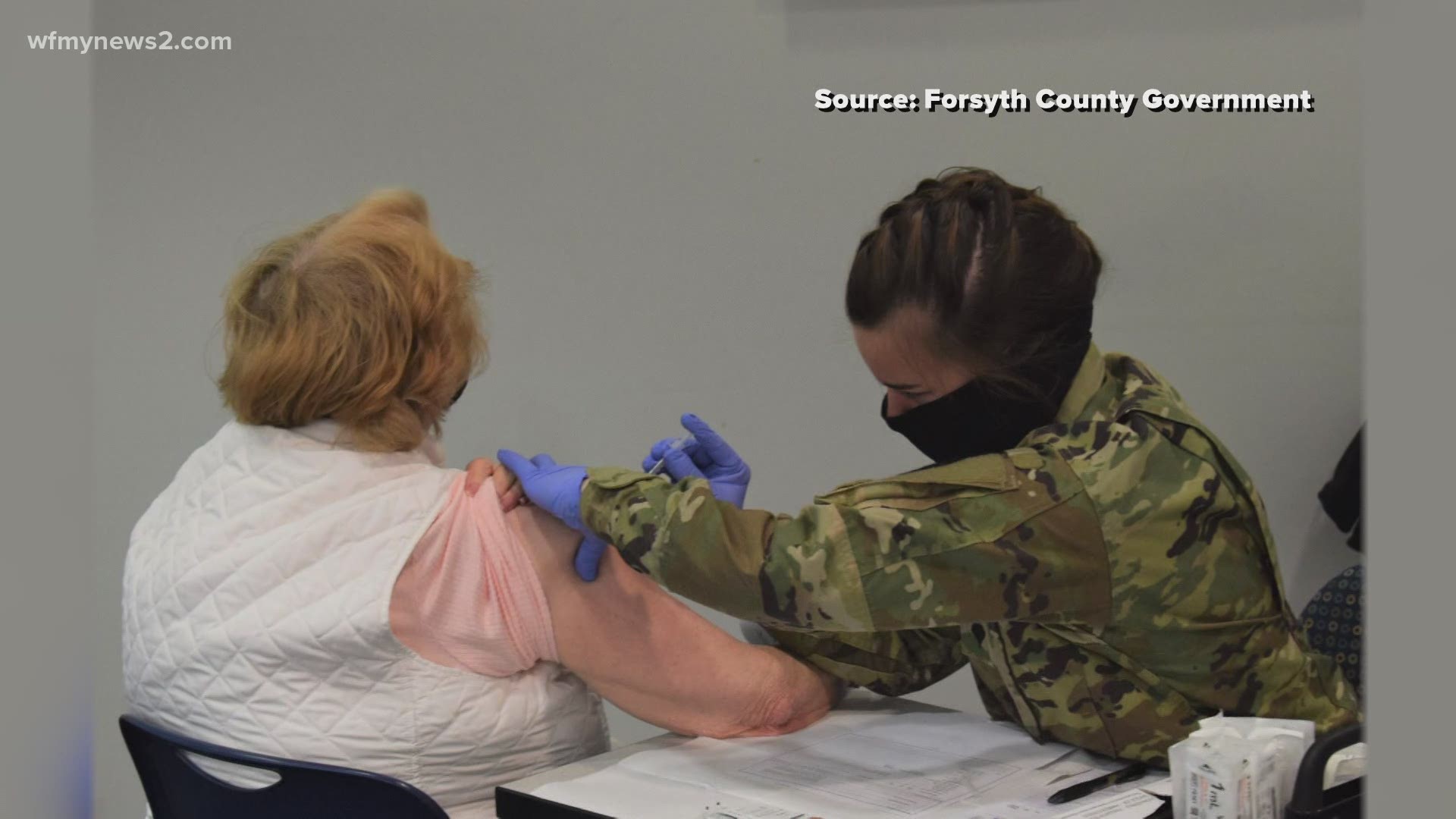 GREENSBORO, N.C. — Many are frustrated as they try to make coronavirus vaccine appointments across the Triad.

The vaccination varies from county to county so WFMY News 2 took a closer look at some of the big questions.

Question: Who can get a vaccine right now?

Many counties opened vaccinations to those 75 and older last week, along with frontline healthcare workers and nursing home residents.

The Guilford County Health Department and Cone Health are opening vaccinations to include people over the age of 65 next week after the state changed its guidelines to the most recent phase.

However, some counties are still only vaccinating people 75 and up.

Question: Why aren't some counties offering the vaccine to those 65 and up?

It goes back to the number of vaccines available according to Forsyth County Public Health Director Joshua Swift.

"We know that the 65 and older population in total is 55,000 people. As Mandy Cohen said yesterday, there's not enough vaccine in North Carolina at this time for everyone that is 65 and over," Swift said.

He said Forsyth County hopes to start vaccinating people in the 65 and up group in a few weeks.

Most vaccine clinics in the Triad are full until at least next week.

"We hope to, in the next few days, be able to have a system for people to make appointments. We hope to be able to roll out an online system and eventually a telephone system again," Swift said.

Cone Health's clinics in the Triad are full until the end of February. Chief Pharmacy Officer Dr. DeAnne Brooks said more appointments will be offered in the coming weeks but not all will go to people getting their first dose.

"We have to schedule that second dose appointment as well. So we have a lot of appointments, but we have to hold some for the second dose," Brooks said.

Question: Is there enough vaccine for everyone?

Counties and hospitals receive vaccine shipments from the state weekly. Second dose amounts are factored into the vaccine supply each county is given.

Looking for more information on vaccinations in your county? Click here.

RELATED: How to get a COVID-19 vaccine at the Greensboro Coliseum Complex

RELATED: 'We're just not there yet' | North Carolina gives green light to vaccinate adults 65+, but some health departments aren't ready just yet