The Hurricanes - who went a decade between playoff berths - earned the first four-game sweep in franchise history and have reached the Eastern Conference final in each of their last four postseason appearances since 2002. 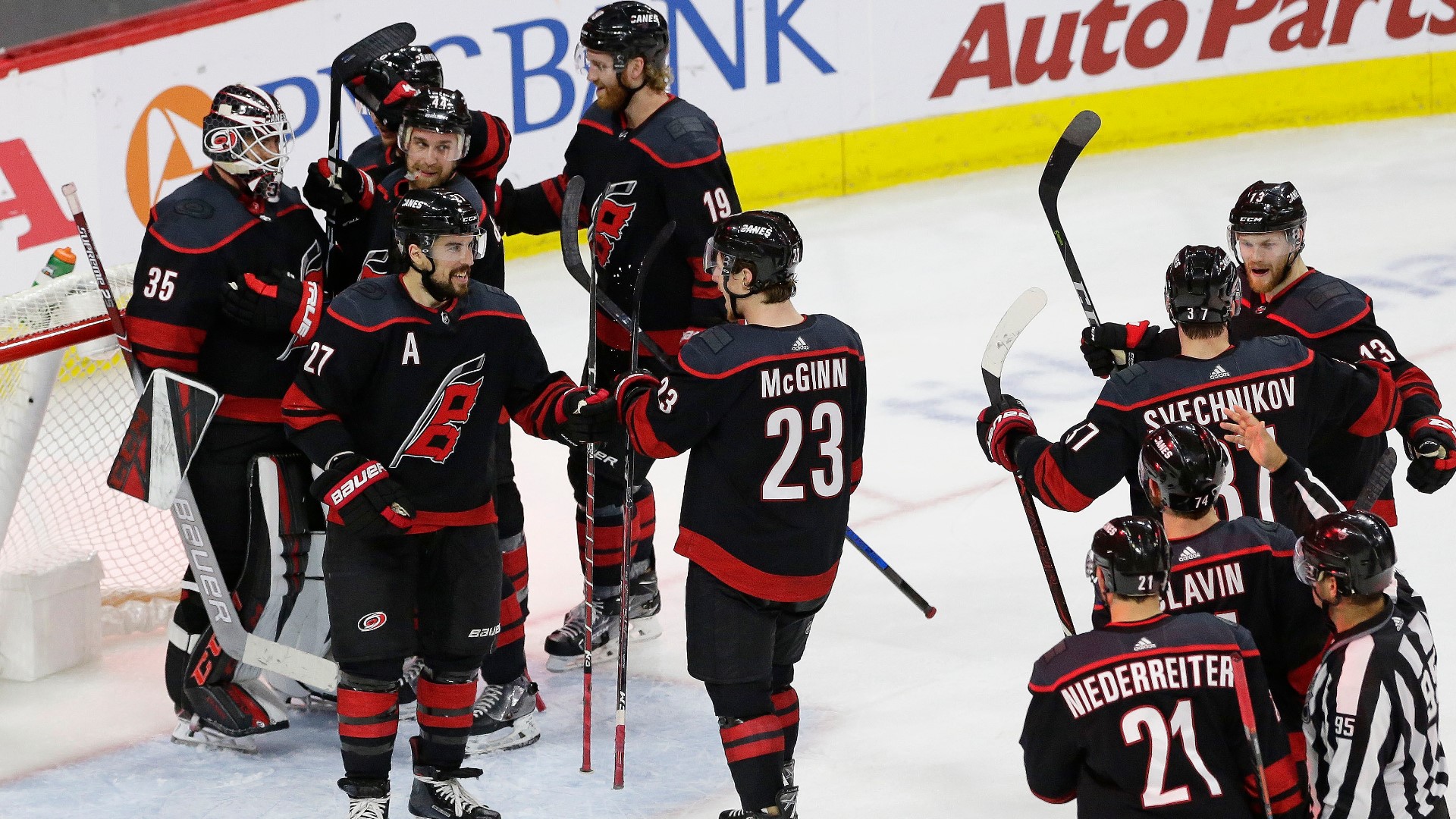 Check out Hurricanes highlights and interviews in this WFMY News 2 YouTube Playlist:

1 / 9
WFMY
Hurricanes face off against NY Islanders in game 4. 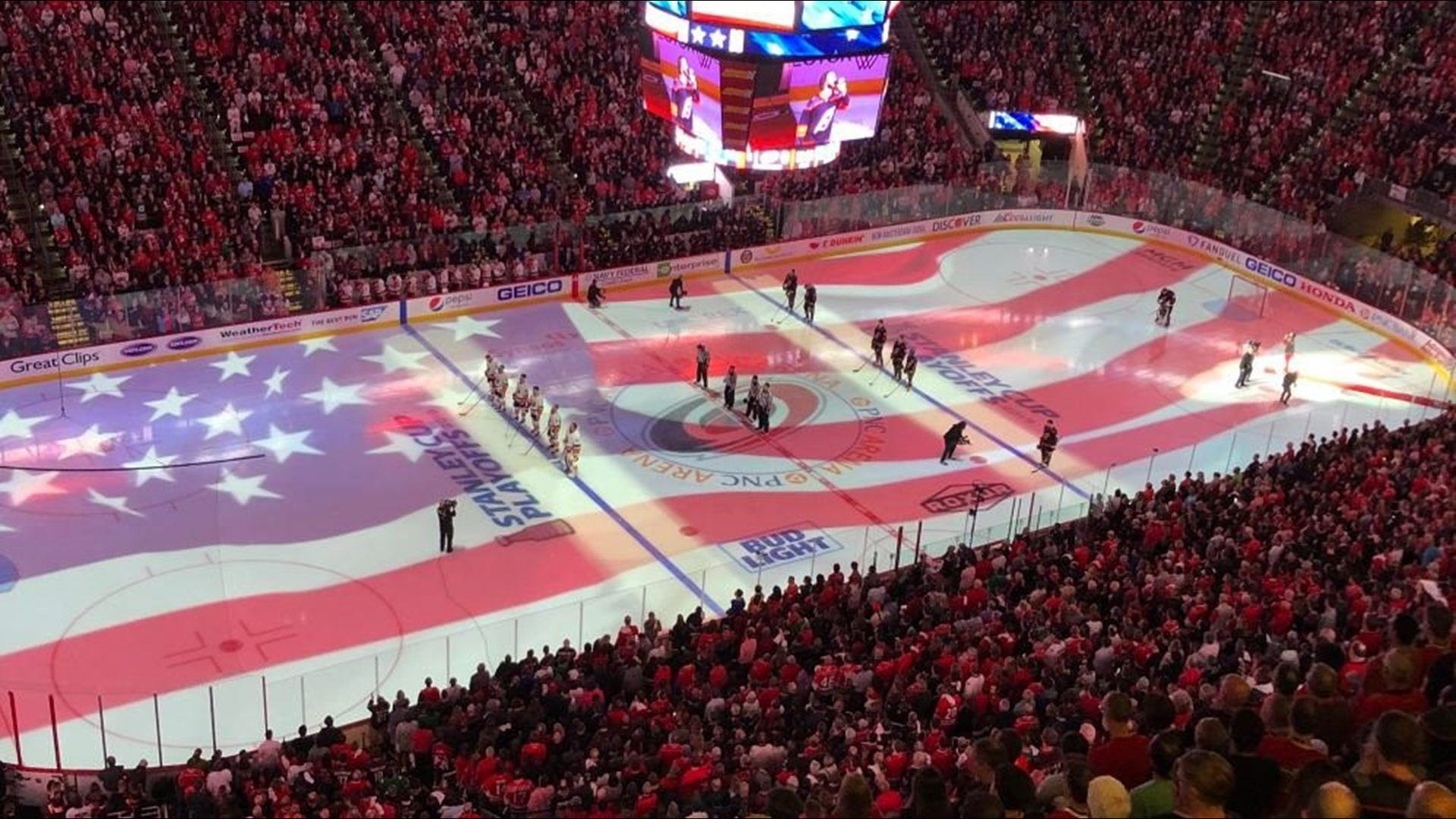 Teravainen and linemate Sebastian Aho each finished with a goal and an assist, captain Justin Williams and rookie star Andrei Svechnikov each added insurance goals and goalie Curtis McElhinney made 26 saves in his second career playoff start.

The Hurricanes - who went a decade between playoff berths - earned the first four-game sweep in franchise history and have reached the Eastern Conference final in each of their last four postseason appearances since 2002. They're also unbeaten in five home playoff games. 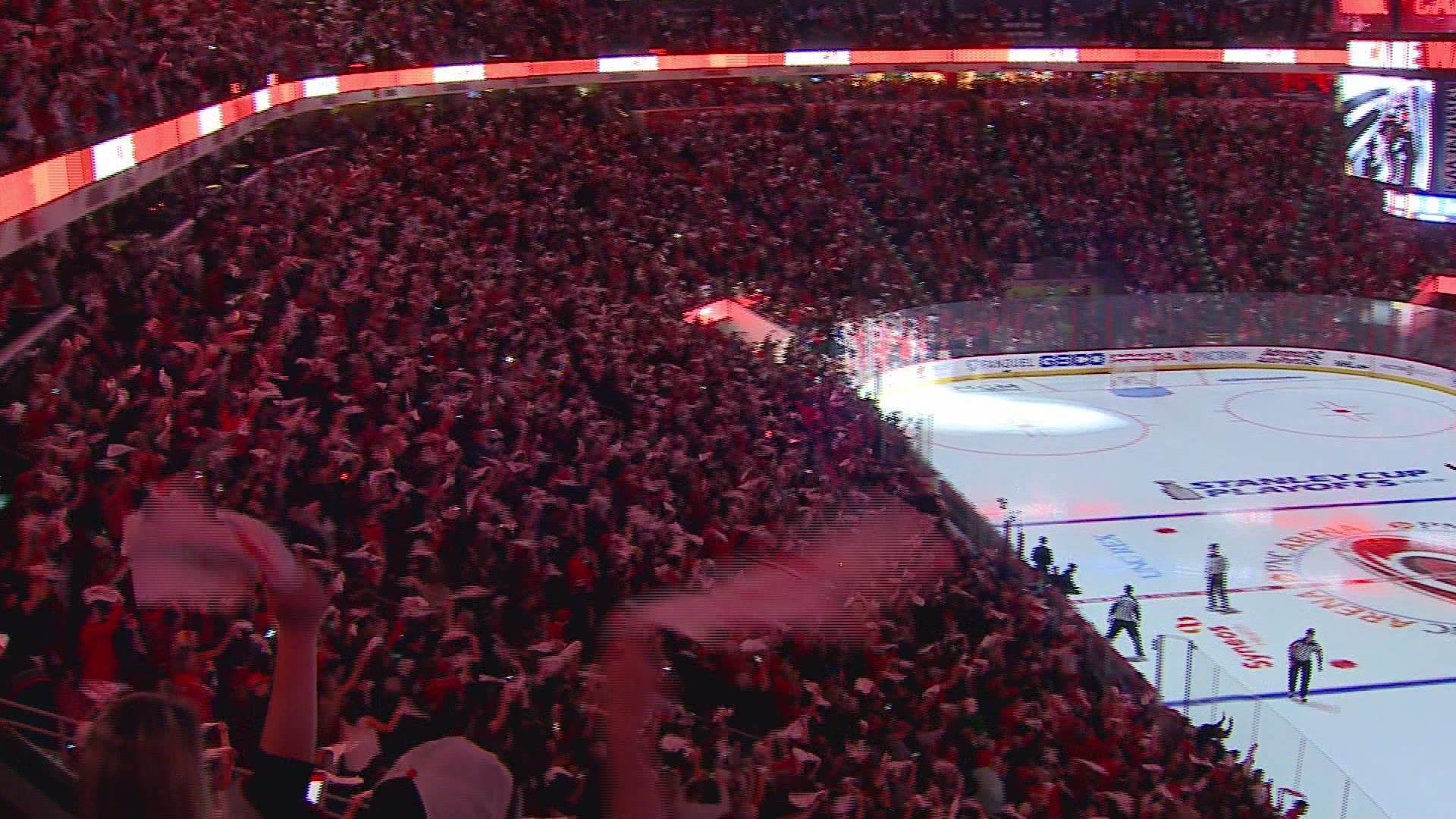 Now the Hurricanes - after winning six straight and eight of nine - have some time to heal before they face the Columbus-Boston winner.

Mathew Barzal scored a power-play goal and Brock Nelson added a late goal for the Islanders, who managed just five goals in the series and were swept for the first time since the Rangers did it in the first round in 1994.

They kept the identity of their starting goalie a secret until warmups - when Robin Lehner led them onto the ice for the fourth straight game in the series.

Coach Barry Trotz pulled him in favor of backup Thomas Greiss after the bang-bang goals by Teravainen and McKegg early in the second period.

Teravainen put the Hurricanes ahead to stay after some slick passes from Aho and Warren Foegele set up his sixth goal of the postseason. And McKegg chased Lehner when the goalie couldn't keep hold of the rebound of Brett Pesce's shot and the Carolina rookie stuffed it in for his first playoff goal. 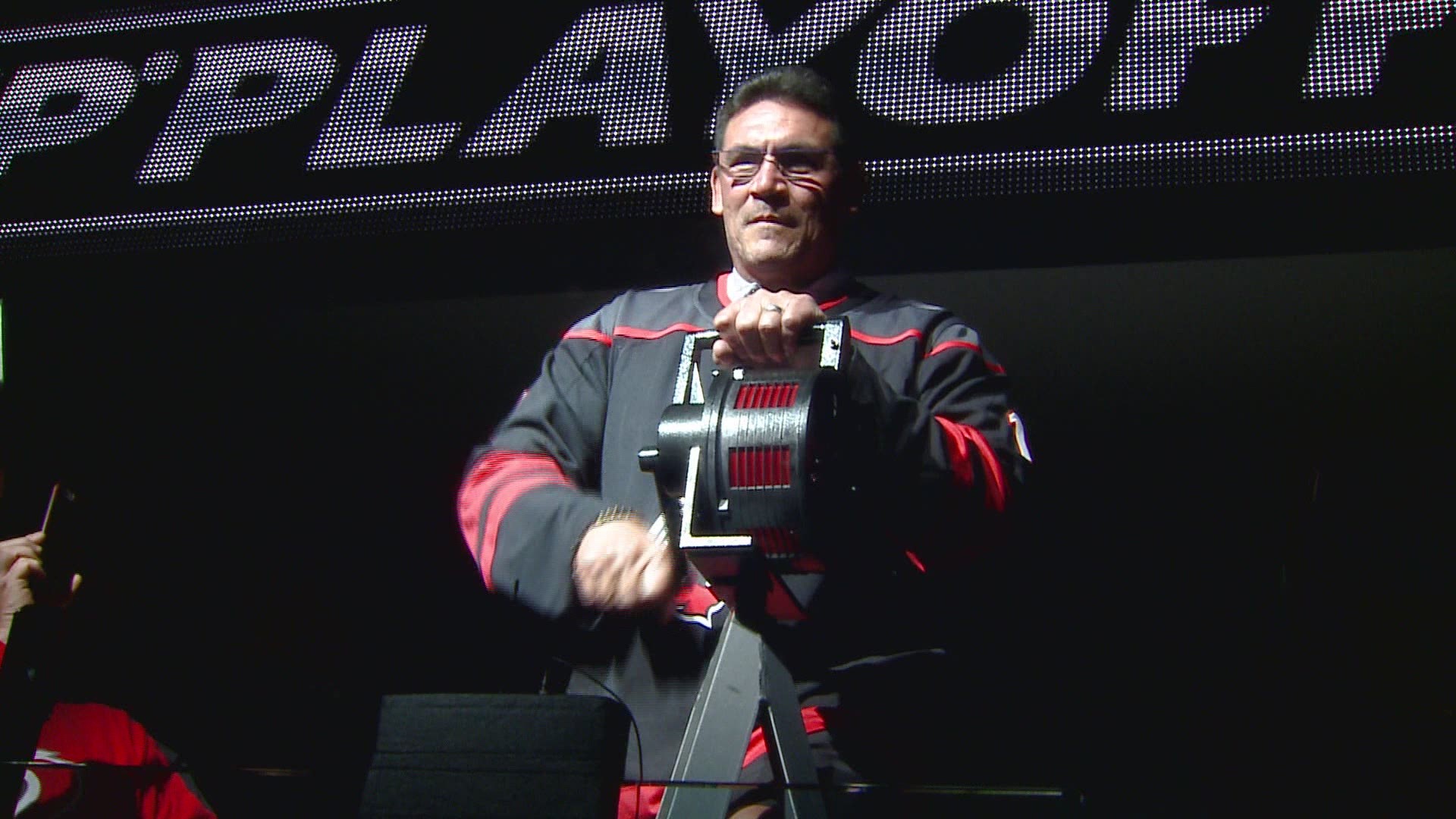 Greiss wasn't much better against the relentless Hurricanes, with Williams scoring their third goal of the period off a give-and-go from Nino Niederreiter at 8:51 and Svechnikov riling up the rowdy Caniacs with his goal with 4:47 left.

Lehner and Greiss each finished with eight saves for the Islanders. Their counterpart - McElhinney - wouldn't let them make this a game again, stopping Josh Bailey from point-blank range with about 10 1/2 minutes remaining.

With elimination looming over his team, Trotz declared this game as a Game 7 and they approached this one with the urgency of one, taking full advantage of a high-sticking penalty to Andrei Svechnikov 73 seconds in. Barzal slipped behind Jaccob Slavin and poked the rebound of Devon Towes' shot past McElhinney for his second goal in three games.

From there, though, it was all Hurricanes - who got some help from an Islanders defenseman to end their lengthy power-play drought.

Carolina was 3 of 34 with the man advantage during this postseason and had no power-play goals since Game 3 of the Washington series, but when Islanders defenseman Adam Pelech accidentally shoveled the puck into his own net during a scrum in front of Lehner - for a goal credited to Aho - that dry spell was over.

NOTES: Carolina D Justin Faulk added two assists. ... Toews had two assists for New York. ... Three of the Islanders' five goals during the series came on the power play. ... Niederreiter rang the left post with a first-period backhand. ... Williams' goal was his 100th career point in the playoffs. ... Foegele tied Erik Cole's franchise record for rookies with nine points (five goals, four assists) in the postseason. ... The announced crowd of 19,495 was a PNC Arena record for hockey.

The Hurricanes have some extended time to rest before the Eastern Conference final.

RELATED: Staal Lifts Hurricanes Past Islanders 1-0 In OT In Game 1