'I Can't Say Where It's Going To Be:' Chancellor Folt Speaks Out After Thursday Silent Sam Protest 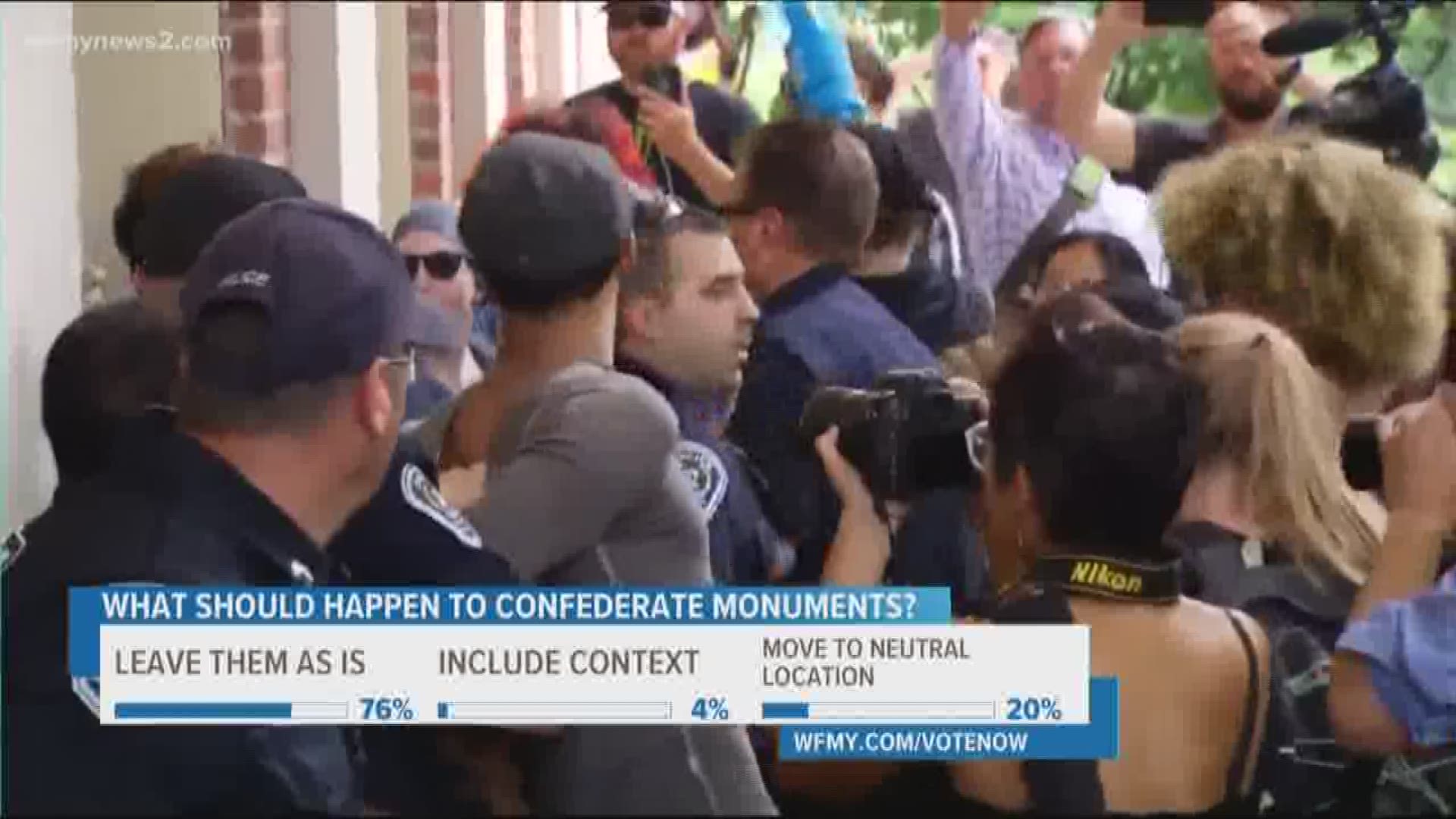 Three people were arrested Thursday night in relation to the protest, none of them are UNC students according to Chancellor Folt. 'Pepper Fog' was deployed twice among the swarms of people but Chancellor Folt said no one was 'seriously injured.'

When asked about police conduct Thursday night, Chancellor Folt said she was happy with their response and said law enforcement did "everything they could possibly do in that situation."

The fate of Silent Sam has yet to be decided, and it's been the source of these recent protests. When pressed, Chancellor Folt said "I can't say where it's going to be." But at one point in the conference, she did state Silent Sam has no place on the 'front door of campus.'

Does that mean McCorkle Place has been ruled out?

Not necessarily. Chancellor Folt said she "can't say where it's going to be."

That's a decision The Board of Trustees at UNC- Chapel Hill has until November 15 to ponder.

The directive comes from the UNC Board of Governors.

Chancellor Folt said she "respects the different views of what Silent Sam stands for." Adding: "it's in our power and path to reconcile the past and the present."

Chancellor Folt said this will be a democratic process, taking in the opinions of students, faculty, citizens, the governor, and legislators. She did not specify how individuals could participate in this democratic process.

On Thursday, 200 people gathered in front of what once stood Silent Sam.