Sergeant Chris Ward and K-9 Deputy Logan Fox died in the line of duty last week. Sheriffs Sam Page and Terry Johnson were among those who attended their funeral. 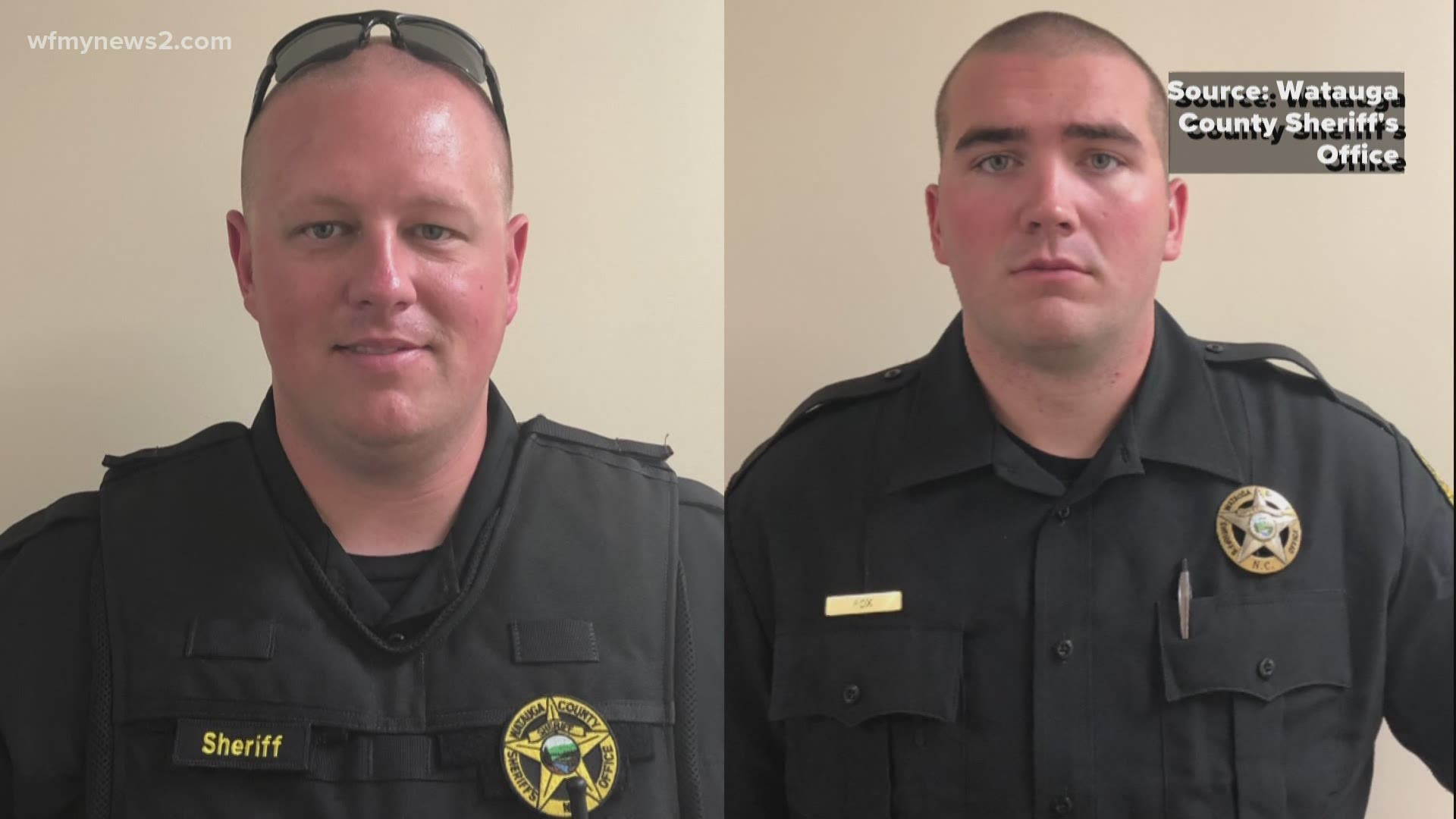 Several Triad law enforcement members are reflecting after the funeral for two Watauga County sheriff's deputies killed in the line of duty.

Hundreds of them came to that service on Thursday. Rows of sheriffs, deputies, chiefs and officers from across the state gathered to say goodbye to Sergeant Chris Ward and K-9 Deputy Logan Fox.

"There was a lot of love in that room," Rockingham County Sheriff Sam Page said.

"When any sheriff experiences the death of one of their officers, it's almost like losing a child as a parent," Alamance County Sheriff Terry Johnson said.

Both Sheriffs Page and Johnson made that trip. It came more than a week after the two Watauga County deputies died in a 13 hour standoff along with three others.

Sheriff Page heard the news during a trip to Arizona last week. He called to offer Watauga County Sheriff Len Hagaman his condolences in the days after.

Sheriffs Page and Johnson sat near each other during the service and were moved by the tributes to both deputies.

"You start thinking about your personnel and in this day and time, this situation could happen anywhere," Sheriff Page said.

"I'll be honest with you when Sheriff Len Hagaman had to get up and speak, I had tears in my eyes," Sheriff Johnson said.

Both said it's a reminder of the dangers their own deputies face every day.

"I tell my guys and girls every day, tell your loved ones when you leave that you love them and don't take each day for granted," Sheriff Page said.

The two sheriffs were also struck by a joint speech by Sgt. Ward's and Deputy Fox's fathers. In it, they thanked all law enforcement officers and called them heroes.

It reminded both sheriffs why they and their deputies protect and serve.

"There are a ton of good law enforcement officers. They put their lives on the line every day. I just hope that people understand that we are human beings and we do care for our citizens," Johnson said.

Seven other representatives from the Alamance County Sheriff's Office went to the funeral. Five of those who went were honor guard members. Sheriff Johnson's son, who is an ALE agent, also went.

Sheriff Page was joined at the service by his chief deputy.

Several Guilford County deputies, Three High Point Police Officers and Forsyth County Sheriff Bobby Kimbrough were also among those from the Triad who traveled to Boone for the funeral.