One car caught fire after a multi-car crash last week on US-52 in Winston-Salem. Luckily, the driver was saved, because four men stopped to get her out. 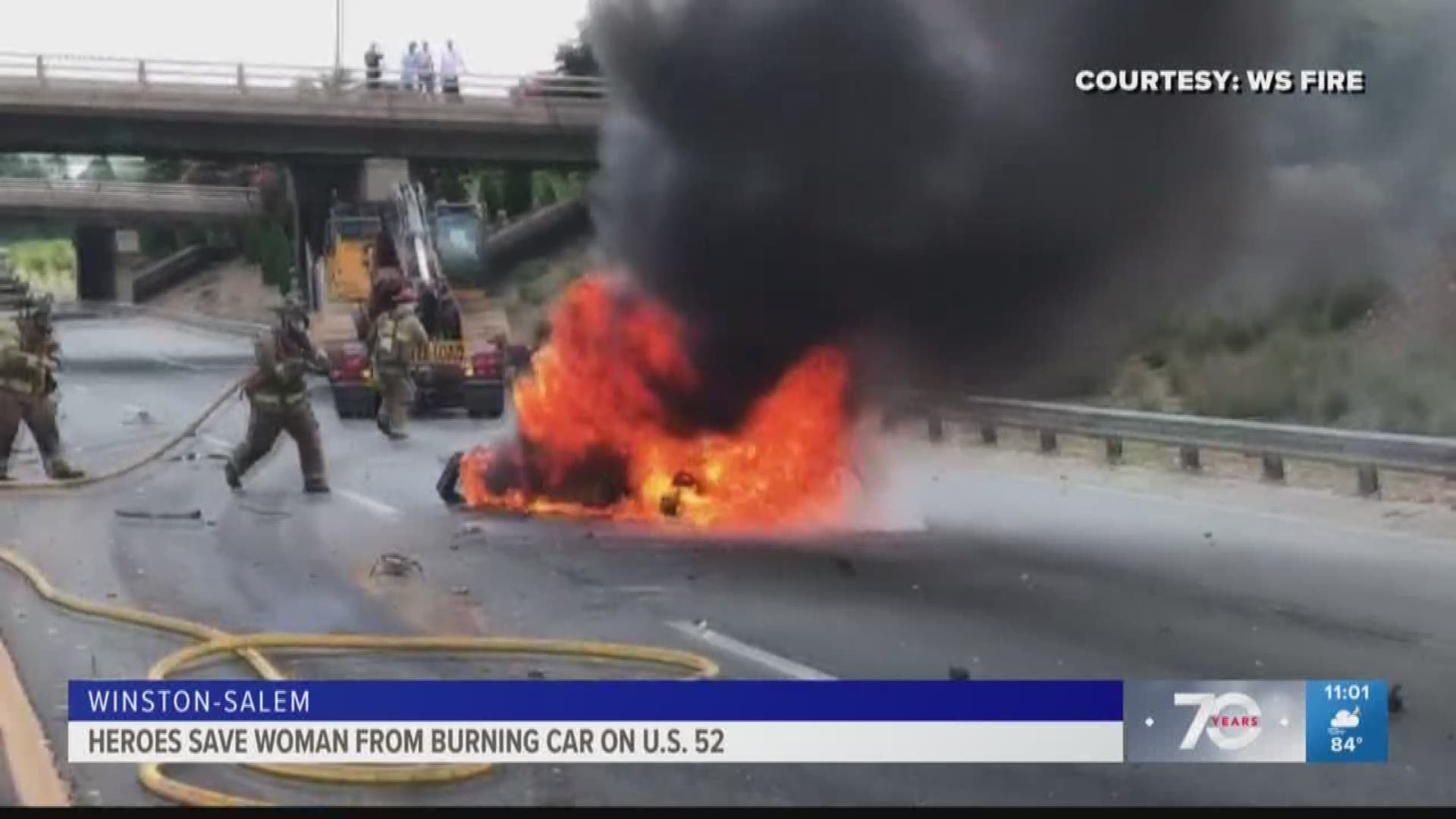 WINSTON-SALEM, N.C. — A multi-car wreck on US-52 South stalled traffic through the city for hours last Thursday. One of those cars caught on fire following the crash.

Jeff Johnson was driving north on 52, heading up to Pilot Mountain to go hiking with his sons. He looked over to see the burning car, and said he heard an eerie screaming coming from inside.

RELATED: Highway Reopens After 8-Car Pileup on US-52 Southbound in Winston-Salem

He pulled over on the side of the road, hopped the median, and began to help three other men pull a woman out of the car.

"It took every bit of four people to help remove her from the vehicle," he explained, "Probably 30, 35 seconds after removing her, that one part of the cabin that remained intact was completely engulfed in flames."

Firefighters put out the fire, while the woman was helped by EMS.

Johnson, a nurse of 15 years, said he's dealt with trauma before, but this was his first time seeing it happen up close and personal, before the trip to the hospital's emergency room.

"The upmost respect to Forsyth County EMS and Winston-Salem P.D., first responders everywhere - these men and women do it every day," he said. "I’ve had 10 years in the [Emergency Department] - a lot of trauma, a lot of burns, meeting people at some of the worst moments of their lives. I think I would’ve been eternally haunted if I didn’t stop and do something, and just pass by."

Winston-Salem Police said the call came in just before 2:45 p.m. on July 11, and the scene cleared a few hours later.