IKEA said it plans to discontinue plant production by the end of December of this year at the plant located in Danville, Va. 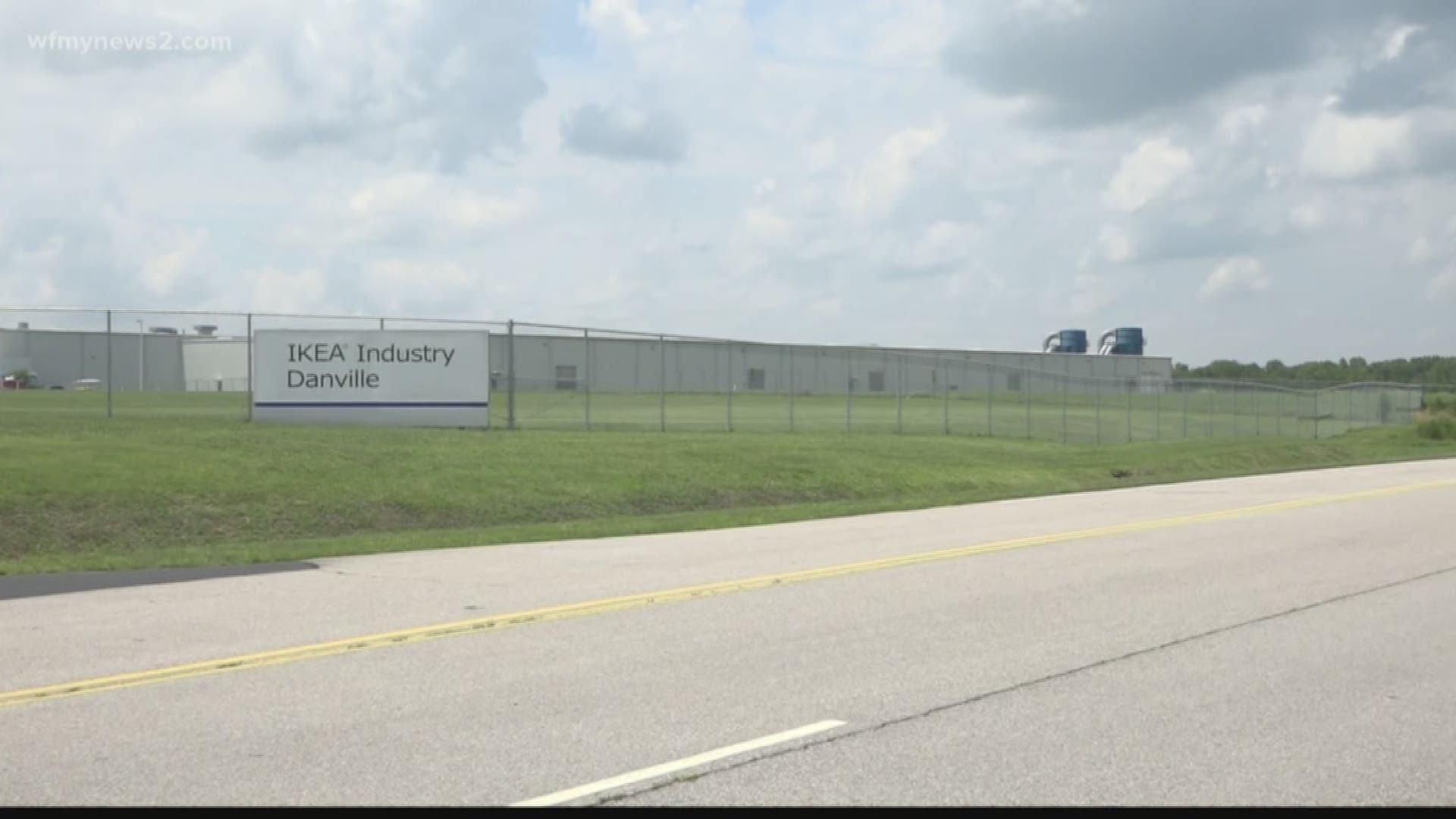 DANVILLE, Va. — IKEA has announced it will discontinue production at its Danville, Va. location. Currently, the plant employs 300 workers who will be impacted by the closing. Plant production will cease by the end of December of this year, Ikea says.

It is IKEA's only U.S. factory. The company says it will move production to existing manufacturing facilities in Europe, in an effort to meet the demand for affordable furniture products in North America.

“This was an extremely difficult decision to receive. We made every effort to improve and maintain the competitiveness of this plant, but unfortunately, the right cost conditions are not in place to continue production in Danville, VA for the long-term,” said Bert Eades, Site Manager, IKEA Industry Danville. “We will do everything we can in the coming months to support our co-workers through this change as they look for new jobs and training opportunities.”

The Danville plant has been in operation since 2008. IKEA Industry will remain in Danville until spring of 2020 to help workers find new employment and training opportunities.

The news is a blow to city leaders and the economic development plan has already conducted a site survey to market the facility to any potential future tenant.

"We don't like to see 300 jobs going away, obviously that's going to be tough for those employees, and it's going to be tough on any businesses that get any indirect benefit from them existing in our community. Thankfully we are in a great economy here in Danville, we have low unemployment and we have a lot of business that looking for skilled workers," said Ken Larking, the city manager for the City of Danville.

IKEA has said it will offer resources and training to help workers find new jobs. The city will also seek federal and state funds for job training in addition to existing resources, to help anyone affected.

RELATED: Cracker Barrel is Coming to Kernersville, and Bringing 175 Jobs

RELATED: Amazon Looking for 'Customer-Obsessed' People to Work at Kernersville Fulfillment Center in 2020