A Pandora bracelet with a stroller pendant, representing his 6-year-old daughter, was among the sentimental jewelry snatched from his home. 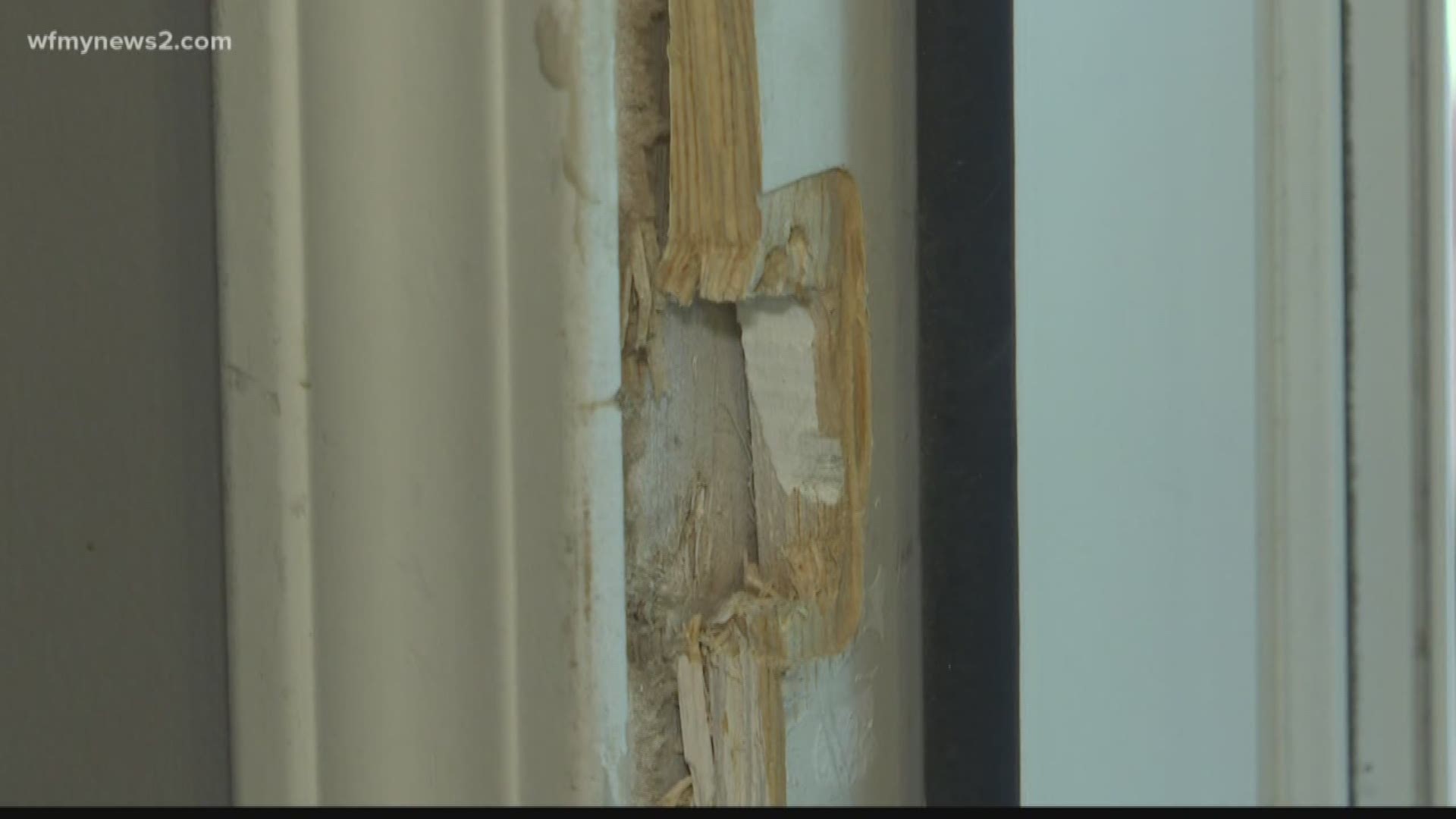 BROWNS SUMMIT, N.C. — A Browns Summit homeowner says he's 'pissed off' because his home has now been broken into twice.

"I mean I don’t bother nobody, I go to work every day and that’s all I do," James Spinks said.

The Guilford County Sheriff's Office is trying to find the thief, or thieves who stole $5,000 dollars worth of valuables.

"I was pissed, pissed off because I knew I left my porch light on and the porch light wasn’t on and my door was wide open and then I go in here and I was missing stuff," Spinks said.

The burglaries happened over the weekend, both on Saturday and Sunday according to the Sheriff's Office.

A Pandora bracelet with a mom, dad and stroller pendant, representing his 6-year-old daughter, was among the sentimental jewelry snatched from his home.

"It's sentimental to my wife."

Spinks says his door is still broken, and he's on high alert after both break-ins in the same month. He says he doesn't know why he's been targeted.

"I’m booby-trapping this door and I’m going out my back door, that’s just it," Spinks said. "I just don’t like no thief, I never stole nothing from nobody so why you stealing from me."

It's unclear if the two burglaries were related.