George Kestler worked in the division of logistics for the Indiana Task Force for 18 years, but there's one day he'll remember vividly forever. 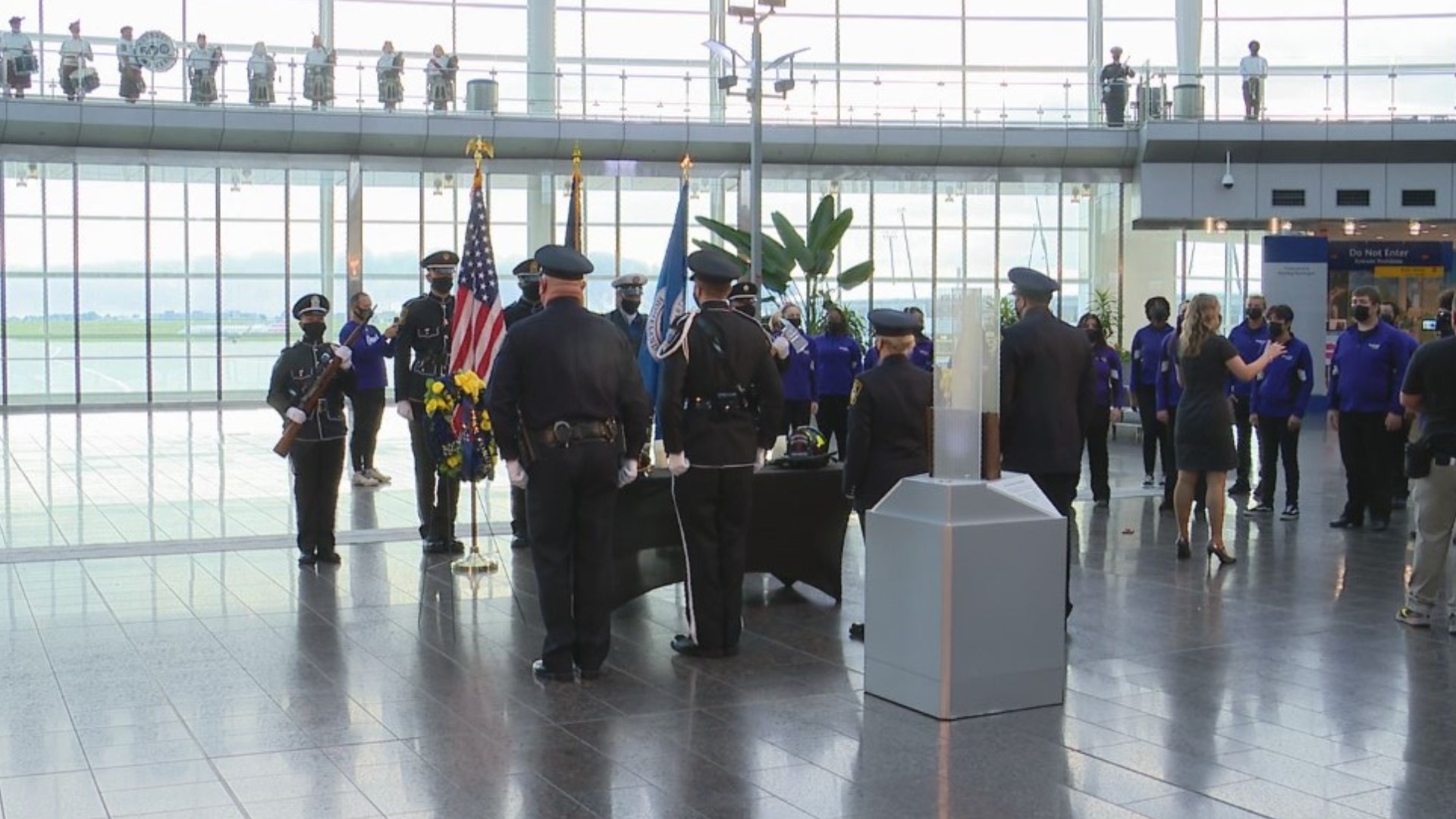 INDIANAPOLIS — Indiana Task Force One was sent to the World Trade Center shortly after the attacks on Sept. 11, 2001. At the Indianapolis Airport's ceremony Saturday, a member of that search and rescue team was there honoring the lives lost. George Kestler worked in the division of logistics for the Indiana Task Force for 18 years, but there's one day he'll remember vividly forever.

"We worked 12-hour shifts, 12 on 12 off," said Kestler. "I was on the night run. And I can relive it as if I just got done doing it six o'clock this morning. It just left a permanent video in my mind."

"Being a part of the Indiana Task Force One on 9/11, it holds a little special meaning to me personally," he said. "I'm off work today, but I had to make a point to show up and come in."

At the center of the ceremony was a part of a steel beam from ground zero. Below it, Kestler's name is shown to honor the work he did two decades ago.

"I was somewhat at awe when I first saw it a few years back and you sort of see your name in print. It sort of brings it in perspective as far as, 'gosh, I guess I really was there,'" said Kestler. "The steel may rust away but my memories won't."

What other people are reading: